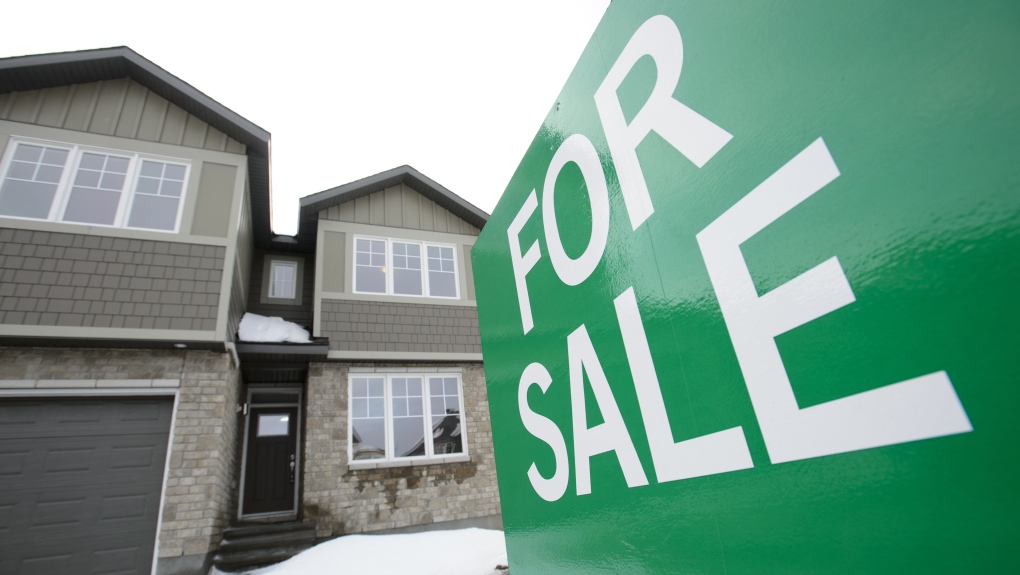 A home for sale is shown in Beckwith, Ont., on Wednesday, Jan. 11, 2018. THE CANADIAN PRESS/Sean Kilpatrick

OTTAWA -- Federal parties are preparing to chase voters with ideas for dealing with what a new survey suggests is a major concern across the country: Housing affordability.

The ideas being shopped around to stakeholders in the housing sector include targeted spending towards certain groups, such as veterans, and more spending to increase the supply of lower-cost housing units to further cool housing prices.

Last week, Conservative Leader Andrew Scheer said he would ease the mortgage stress-test the Liberals brought in and make it easier for homebuyers to borrow money, while eliminating red tape to help provinces and municipalities build more low-cost housing.

Sources who have heard the detailed pitch, and spoke on the condition of anonymity to discuss private conversations, said they are still waiting on the details of Conservative plan.

Meanwhile, NDP Leader Jagmeet Singh has repeatedly pushed the Liberals to immediately help build some 500,000 affordable housing units, but sources said the New Democrats are still working on how to pay for such a thing if they get elected and have to do it themselves.

The struggle with affordability and the price of housing in some markets is shaping up to be a key campaign issue.

A survey being released today, conducted for the Federation of Canadian Municipalities, suggests the cost of housing is seen as having the largest effect on quality of life in Canadian cities.

The polling from Abacus Data suggests that making housing more affordable is second only to improving roads and sewers as a priority voters have for all levels of government.

"There's a sense that housing has become unaffordable and therefore that's having an impact on the quality of life people have come to expect and seek," he said.

The survey of 5,106 Canadians aged 18 and over was conducted between March 14 and 28 using a random sample of members of online panels invited to complete the survey. Polling industry experts say online surveys cannot be assigned a margin of error because they do not generate a random sample of the population.

The municipal federation is hoping the results of the survey boost its bid in this election to secure a promise to revamp the financial relationship between Parliament and Canadian cities.

Finance Minister Bill Morneau's 2019 budget, the last before the fall vote, had a one-time doubling of federal transfers to municipalities from gas-tax revenues, to do an end-run around provincial governments that have been slow to apply for other infrastructure money. Municipalities have lobbied for that type of spending -- cash transfers with few strings attached -- to become the only way they receive funding, rather than requiring application-based programs.

The survey results suggest that giving cities more direct money, rather than submitting specific projects for provincial and federal approval, has equal support from Liberal, Conservative and New Democrat voters and from respondents in urban, suburban and rural communities.

"That doesn't happen all that often. There are a handful of issues that I've been tracking over the last few years that show that kind of cross-party, cross-community-type consistency. It is really rare these days to find it," Coletto said.