OTTAWA -- A condensed and edited version of the biographical information released Thursday by the Prime Minister's Office about the nine Canadians recommended for the Senate by Justin Trudeau:

A social worker, educator, researcher, community activist and advocate for social change, Wanda Thomas Bernard's credentials also include a historic first: at Dalhousie University in Halifax, she was the first African-Canadian to hold a tenure-track position and to be promoted to full professor. A recipient of the Order of Nova Scotia and the Order of Canada, Bernard is a founding member of the Association of Black Social Workers, and is the current chairwoman of the Nova Scotia Advisory Council on the Status of Women. Earlier this year, she was appointed as the university's special adviser on diversity and inclusiveness. 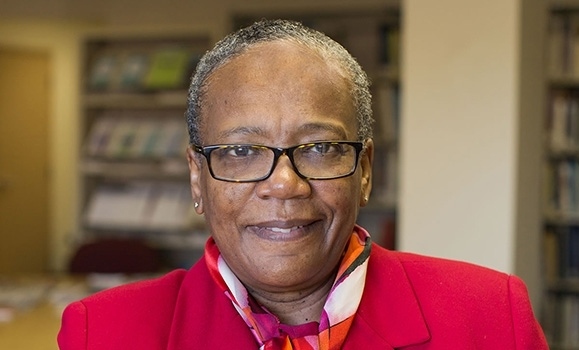 An art historian and former director of two major Canadian art galleries, Bovey teaches at the university level, has lectured and been published extensively and has been a board member of the University of Manitoba, as well as arts organizations such as the National Gallery of Canada and the Canada Council for the Arts. She has participated in federal, provincial and international cultural policy discussions, the drafting of ethical guidelines for Canadian museums -- including those regarding Nazi looted art -- and the development of recommendations for new and amended legislation. In 2006, Bovey was elected a Fellow of the Royal Society for the Arts in the United Kingdom. 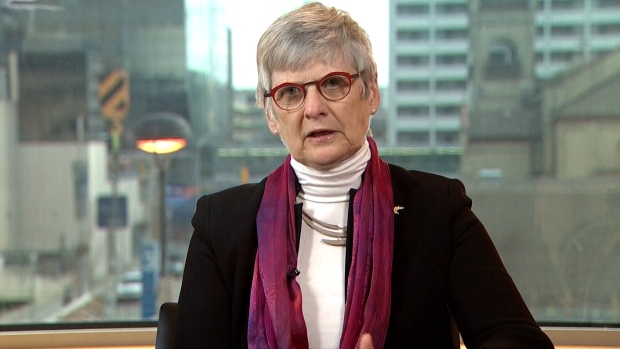 A professor of psychiatry at the University of Manitoba and Director of the Manitoba Palliative Care Research Unit, Chochinov is considered a leading scholar, researcher and proponent of palliative care. The previous Conservative government appointed him to head up its committee exploring how best to respond to Carter v. Canada, the landmark Supreme Court decision on assisted suicide. He holds the only Canada Research Chair in Palliative Care and is the only psychiatrist in Canada to be designated as a Soros Faculty Scholar, Project on Death in America. He holds both the Order of Manitoba and the Order of Canada. 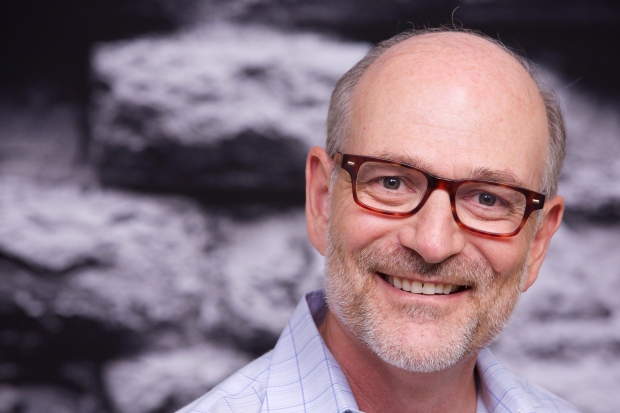 A lifelong resident of the Mi'kmaw community of Membertou, Christmas served as the director of advisory services for the Union of Nova Scotia Indians, and led the Mi'kmaw response to the report of the Royal Commission on the wrongful murder conviction of Donald Marshall Jr. As senior adviser for Membertou, he has played a key role in transforming his home community from a First Nations on the verge of bankruptcy into one of the most successful in Canada. Christmas served as chair of Educational Program Innovation Charity, which was recognized as the best run non-profit organization in Canada by the Donner Canadian Foundation in 2010. He has received an honorary Doctor of Law Degree from Dalhousie University. 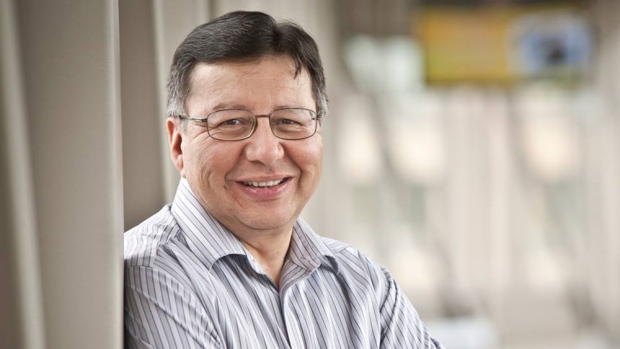 Described as a leader within the international Francophonie movement, New Brunswicker Rene Cormier is also an accomplished member of Canada's arts and culture community. He is the artistic director of Zones Theatrales at the National Arts Centre in Ottawa, a board member of the Canadian Conference of the Arts and president of the Societe Nationale de L'Acadie, based in Moncton. Cormier's experience with cultural and linguistic organizations has required him to work with various legislation, including the Broadcasting Act, the Copyright Act and the Official Languages Act. He is also a Knight of Arts and Letters of France, and president of the Federation culturelle canadienne-francaise.

A municipal councillor from Stratford, P.E.I., Diane Griffin is known on the national stage for her work on environmental issues. A winner of the Governor General's Conservation Award and the Order of P.E.I., she has specialized in sustainable land management and protection of ecologically significant lands. Griffin has served as the province's deputy minister of environmental resources, drafting and enforcing legislation related to ecological reserves, conservation and environmental protection. She has also been recognized for her volunteer efforts, having contributing her time to hospitals, universities, heritage groups and health-related charities. 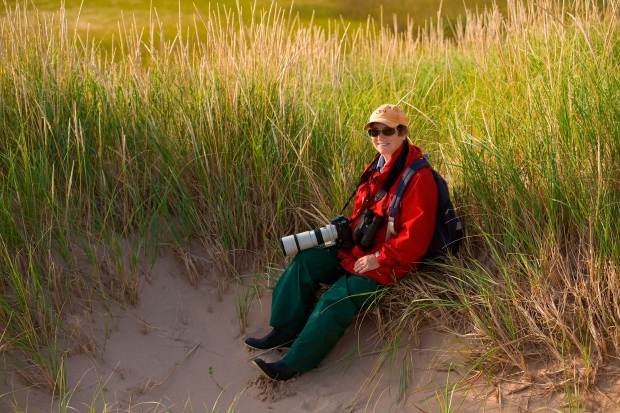 Hartling is considered one of New Brunswick's most prominent advocates of women's rights. A divorced mother of two young children, she completed two university degrees and founded the non-profit organization Support to Single Parents Inc., serving as its executive director for 34 years. She also founded St. James Court Inc., an affordable housing complex for single parents. Her advocacy work at the provincial and national level has focused on mental health, poverty, economic development, healthy aging and violence against women.

A lawyer, educator, human rights advocate and professor at the University of Winnipeg, McPhedran was named a Member of the Order of Canada in 1985 -- the youngest lawyer to ever receive the honour -- for her work on the Ad Hoc Committee of Canadian Women on the Constitution. She co-founded the Women's Legal Education and Action Fund (LEAF) and the Metropolitan Action Committee on Violence Against Women and Children (METRAC). She has previously served on the Canadian Human Rights Tribunal and as chief commissioner of the Saskatchewan Human Rights Commission. McPhedran received an honorary doctorate of laws degree from the University of Winnipeg in 1992 and completed her Masters in Law in comparative constitutional law at Osgoode Hall in 2004. 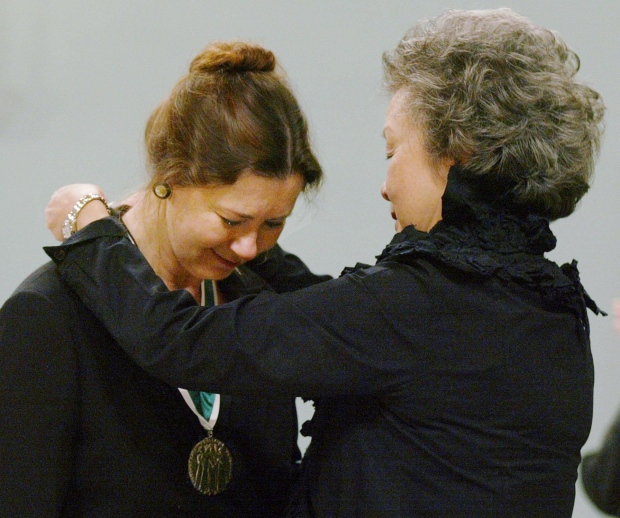 Born in Malaysia and raised in Singapore, Yuen Pau Woo came to British Columbia at 16 on an academic scholarship and later immigrated to Canada. As president and CEO of the Asia Pacific Foundation of Canada from 2005 to 2014, he led a major expansion of the organization and spearheaded the "National Conversation on Asia," a three-year cross-Canada campaign to highlight the growing importance of Asia in the world and for Canada. He serves as President of HQ Vancouver, a public-private partnership established to promote British Columbia as a head office location for global firms. He is currently a Senior Fellow in Public Policy at the Institute of Asian Research at the University of British Columbia as well as a Senior Resident Fellow at the Beedie School of Business at Simon Fraser University. 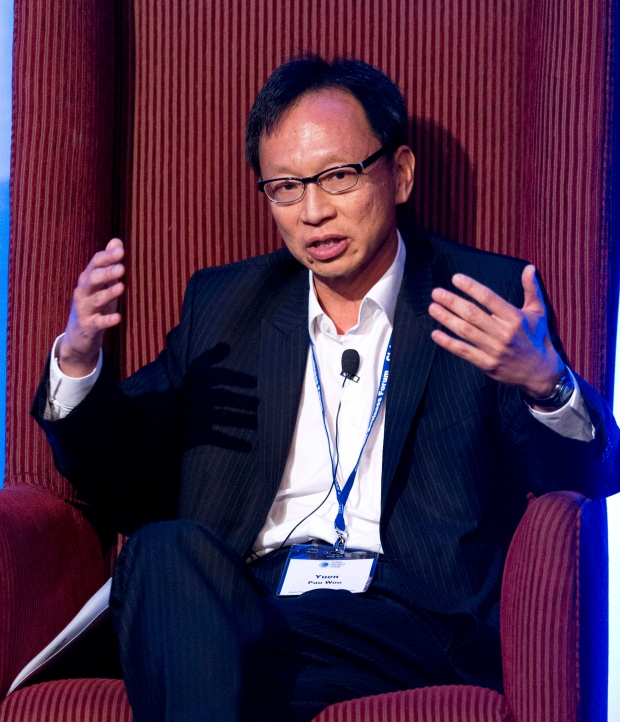