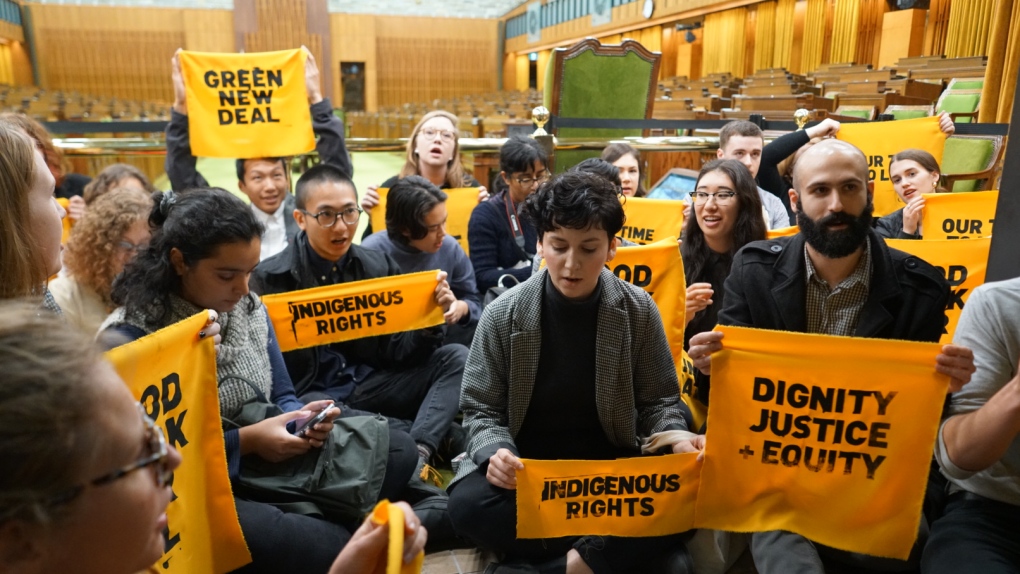 A group of 27 youth who got into the parliamentary building by joining a free visitors' tour have been banned for a month after staging a climate change sit-in on Monday, Oct. 28, 2019. (Source: Our Time)

OTTAWA -- More than two dozen young Canadians are facing a month-long ban from Parliament Hill after staging a climate-change protest inside the House of Commons this morning.

The group Our Time wants to deliver 338 mandate letters to MPs elected last week asking them to prioritize a "green new deal" when Parliament resumes.

Niklas Agarwal, a 24-year-old recent geography graduate from Toronto, is one of 27 youth who got into the parliamentary building by joining a free visitors' tour.

When the tour took them into the House of Commons, they sat down on the floor, unfurled protest signs printed on yellow cloths and refused to move.

Security removed them within 15 minutes, issued each a trespassing ticket along with a 30-day ban.

Agarwal says the punishment was worth it because there is limited time to prevent a climate emergency, and the new Parliament is offering the best chance Canada has ever had to take action.