16,901 reasons the Conservative leadership vote is so complicated 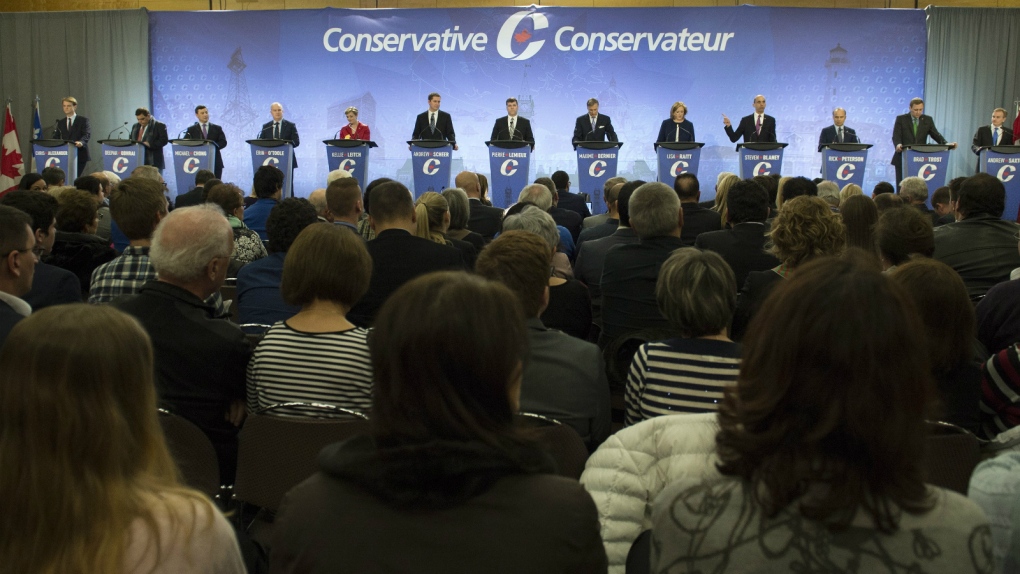 The route to winning the Conservative Party leadership is, on the surface, as straightforward as earning the majority of votes among party members across the country.

But the party's points system and preferential ballot, which sees members rank candidates in order of preference, make it much harder to predict who will ultimately succeed Stephen Harper in running the Conservatives.

It also suggests polls - even those that survey Conservative supporters - don't provide a good sense of who's in the lead.

Conservative supporters are a much broader category than Conservative Party members, and the membership list isn't widely available outside the party.

CTVNews.ca is breaking down what it will take for a winner to emerge.

You might assume it makes the most sense to let all the members vote, count the votes and decide the winner. But that's not how it works in the Conservative Party. Instead, each riding is worth 100 points. Every riding's members cast their ballots and each candidate is allocated the percentage they earn within the riding. That's added up across the country to get the total points for the candidates.

This dates back to the merger between the Canadian Alliance and Progressive Conservatives, and was meant to protect the smaller PC membership. It means, for example, that a Calgary riding with a large membership is worth the same as a rural Nova Scotia riding with a much smaller membership. The points system is regularly challenged at Conservative Party conventions, but no one has gathered enough votes to change it. 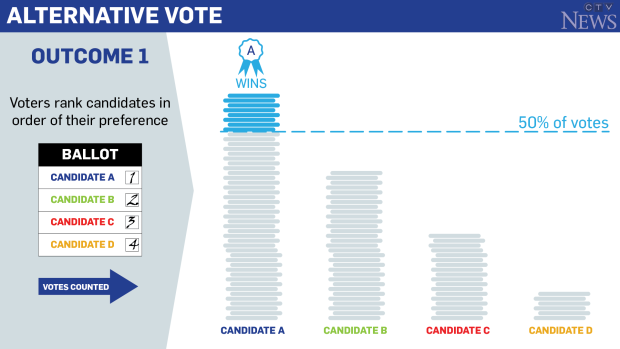 When political junkies think of leadership conventions, they have visions of crowds surrounding each candidate, and big moments when one candidate, facing certain defeat, throws their support to another and leads a wave of supporters, signs in hand, to join the recipient of that support. This is not going to be one of those conventions. 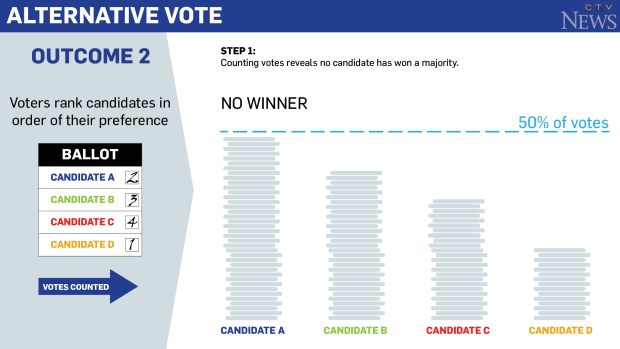 Under a preferential ballot system (the party uses a specific style called alternative vote), if a winner doesn't emerge on the first ballot, the person with the fewest points is dropped. 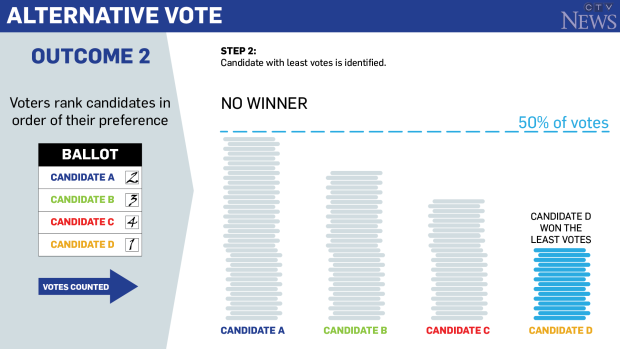 Those points are reallocated based on the voters' second-ranked option. 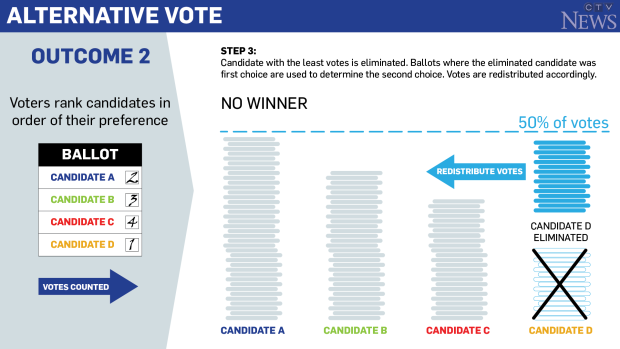 Following that round, if there's still no candidate with the 50 per cent plus one support needed to win, the next-lowest candidate is dropped from the ballot, and that person's votes redistributed to the third-ranked option.

This continues until there is a winner. 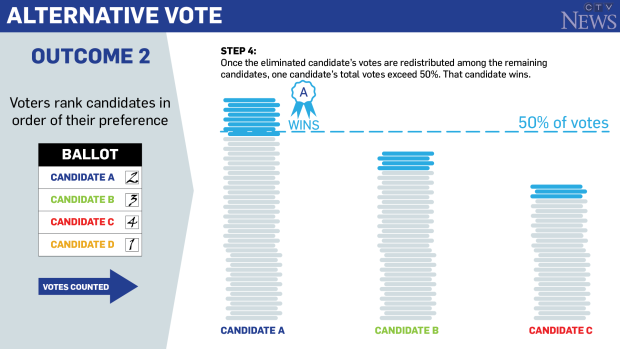 Conservative members will cast their ballots once, ranking up to 10 of the 14 candidates listed. They can choose to rank only their top choice, or any number of options between one and 10. But they only get one crack at it.

That means, if a surprise choice emerges in the top three or four, members won't have the chance to rejig their ballots to react. And if they're unhappy with an emerging frontrunner, they can't change their votes to try to rally around a strong second option and stop that frontrunner. It makes the result even more unpredictable.

At this point, you might be wondering how, exactly, the votes are counted. Ballots can be mailed in or filled out at a polling station set up by the local riding association. The party will count the first-round votes by riding, determine how many points each candidate has in each riding (remember, that's essentially the percentage of votes they win in the riding), and add up those points. If no one hits 16,901 points on the first ballot, they tally the second choices of the people whose first-round pick was dropped. They apply the points from each riding, add them up and see if anyone hits 16,901.

With 14 candidates on the ballot, it's not likely to be a short process.

Conservative Party members will choose their new leader on May 27.