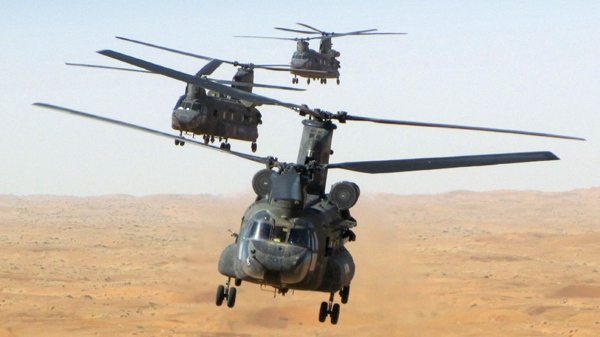 OTTAWA - A new study says Canada is spending more on its military than at any time since the end of the Second World War.

The Canadian Centre for Policy Alternatives released the report today, which says defence spending is expected to hit at least $22.3 billion in the current budget year.

Researchers estimate that's a 54 per cent increase over the last decade.

The study was produced for the centre by Bill Robinson, a senior adviser with the Rideau Institute.

The report notes that a significant part of the budget increase has gone toward fighting the war in Afghanistan, which Robinson argues has robbed Canada of the ability to carry out traditional peacekeeping missions.

Canada, which had been among the top contributors to United Nations peace-support missions, now ranks 60th on the list of 102 contributing countries.

Robinson says the billions of dollars earmarked for military spending in the next two decades would be better directed into international aid and fighting climate change.

"Canada could make a much greater contribution to global security and humanitarian action by shifting resources to non-military security efforts and to peacekeeping operations," Robinson said in a release by the centre.

"Such a shift would make Canada truly a great power in the world of development assistance and humanitarian aid. This is an arena in which Canada could 'punch above its weight' on an issue crucial to human welfare and global security."