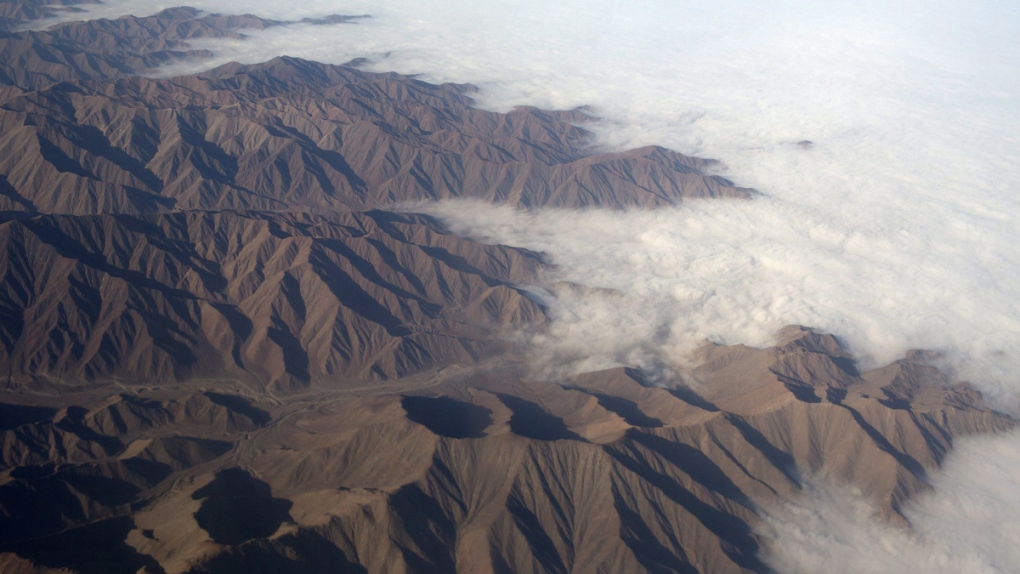 It's known for its startling turquoise waters, dramatic mountain backdrop and stone mounds left as offerings to the Inca mother earth goddess, Pachamama.

And now Laguna Humantay, a lake in the Peruvian Andes, is getting known for something even more dramatic -- an Instagram post which shows two travel influencers on a cliff hundreds of feet above the lake, one dangling the other over the abyss.

"There is a difference between risking your life and taking a risk at having one," Kelly Castille and Kody Workman, both American, captioned the picture.

"Behind the masses of those that wish to watch you lead a quiet and sedentary life is an open, unlined canvas.

"Never let yourself be beat down for living your life by those too afraid to live their own."

If it sounds defensive, that might be because the couple -- who go by the Instagram handle Positravelty -- previously came under fire in April for a similar picture, taken in Bali, in which Workman stood in a seemingly high-walled pool, holding Castille over the side above what appeared to be a huge drop.

Following criticism, the couple said at the time that they had been playing with optics, and that there was another pool 8 metres below Castille.

They also claimed the photo represented the strength of their trust in one another.

The new photo, which was posted August 28, has amassed over 14,000 likes -- but many critical comments.

"Why is he always dangling you over the edge?", said one.

"This should be titled 'natural selection at work.' One slip and you are done."

Castille and Workman told CNN that the shot, like the Bali one, was a trick of perspective, and said they weren't scared "in the slightest."

"We trust each other, and we would never do something that would put our lives at risk," they said.

"Perspective shots like these simply avoid certain surrounding elements. As for this specific shot, it is the framing that creates the dramatic perspective."

And they denied they were encouraging followers to put themselves in danger.

"We will never live any moment of our lives concerned that someone, somewhere, 'might' one day copy us," they said. "We believe that everyone is capable of making their own decisions and determining what they should and should not do," adding, "this is our creative outlet."

The couple -- who prefer not to be called influencers -- said that the trip to Humantay was one of the highlights of their trip to Peru, and that they spent three hours hiking and two hours relaxing at the lake.

"We were not aware [it could be controversial]," they said. "Following the Bali post we figured our love for perspective shots would be understood.

"This is our platform for self expression and it will always remain that way."