Swimply, the 'Airbnb for pools,' has just launched in Toronto 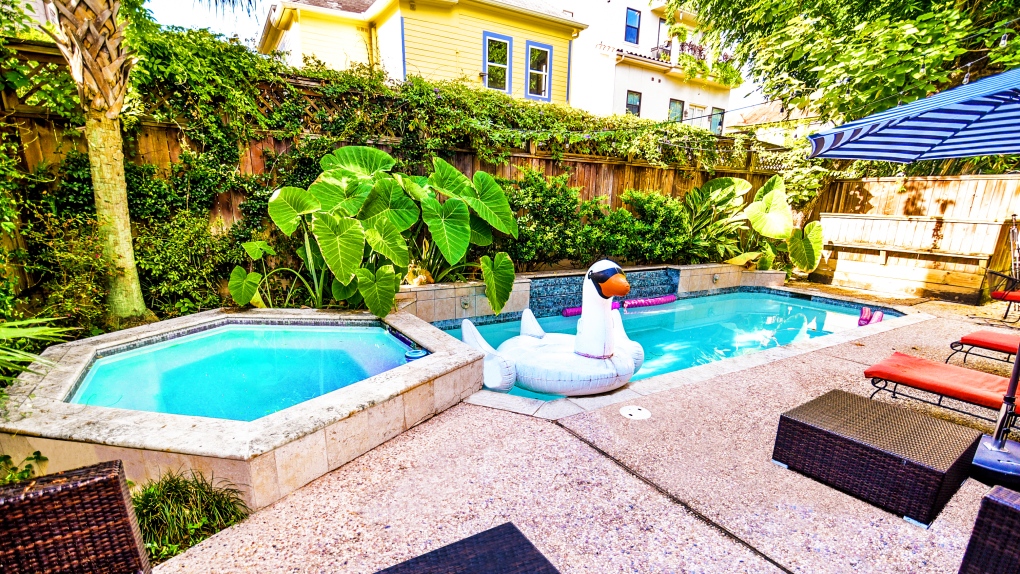 This downtown Houston pool is available for US$60 an hour on the weekends. (Swimply)

Even though many Canadians have already stored away their flamingo floaties and stacked the deck chairs for the season, swimming pool lovers will have something to look forward to next summer.

Often referred to as the “Airbnb for pools,” Swimply is an online marketplace that allows users to rent out their private pools at an hourly rate.

The concept works much the same as the home rental service, pool owners post a listing with the details about their pool and amenities along with a weekday and weekend hourly rental rate and interested swimmers can book the pool for a certain number of hours – often on the same day.

Existing listings on the site can range anywhere from as low as US$20 per hour on a weekday to as high as US$200 per hour on the weekend.

Some of the most expensive and luxurious offerings boast extra amenities such as hot tubs, washrooms, change rooms, pool toys, and even a basketball court in one instance.

The pool-sharing platform launched in the U.S. last year and already has listings available in 18 states – and now, they’re getting their feet wet in Canada.

Earlier this month, Swimply opened in Toronto with a single pool rental located in the heart of the city and described as a “Canadian oasis.”

Bunim Laskin, the founder and CEO of Swimply, said they hadn’t planned on expanding into Canada until a Toronto radio host announced the company had launched in the city before they had. Laskin said they were shocked when they witnessed a rush of Canadians sign up for the service in search of pools.

“Suddenly we had a whole bunch of demand from Toronto like crazy,” he recalled to CTV News during a telephone interview from his home in New Jersey. “So we were like, ‘OK, we’re launching in Toronto guys!’”

In the past two weeks alone, the 21-year-old CEO said approximately 1,100 Canadians created accounts on Swimply.

Although there’s currently only one swimming pool available in Toronto, Laskin said they’re working on approving eight more for the near future. He also said the company hopes to offer pools in other Canadian markets, such as Montreal and the Niagara Region, in time for next summer.

‘Your own pool for an hour’

Lindsay Zier-Vogel, a writer with a blog dedicated to the subject of swimming and Toronto’s pools, expressed enthusiasm for the idea and said she would be interested in renting someone’s private pool through Swimply.

“The swimmer in me was super excited,” she said. “Every time I hop in an airplane and I’m flying over wherever, I’m like, ‘Why does everyone have a pool?’ Everyone has a pool but me! And then I always just want to make friends with all those people.’”

Zier-Vogel said first she would have to wrap her head around the thought of entering a stranger’s backyard and using their pool without them there.

“How much fun would it be to actually have your own pool for an hour? Like when does that ever happen?” she said. “They are backyards that I would never have access to in my life.”

The swimming blogger did, however, express concern about potential liability and safety issues that may arise.

Laskin said the company operates strictly as a marketplace, such as other sharing-platforms like Airbnb, in that it’s not responsible for what happens on the pool owner’s property. He said hosts must sign two waivers before they can advertise their swimming pool on the site. They must also sign a separate private agreement with the swimmer who intends to rent out the space.

“Guests have to take responsibility for their parties and the hosts definitely need to provide a nice and safe environment,” he explained. 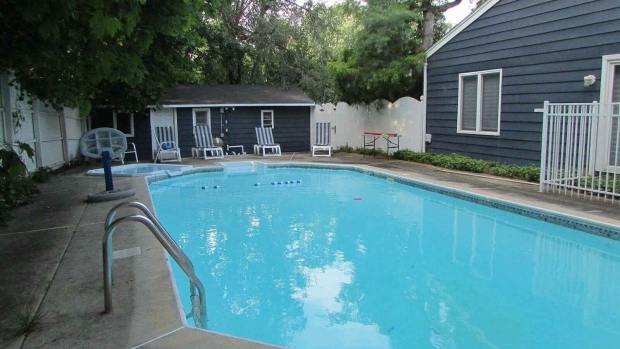 In terms of safety, Laskin said potential hosts must submit a certificate showing their pool is chemically balanced and safe to swim in before they’re approved. He also said pools that receive user review ratings lower than a 4 in their 5-star system are removed.

“We’ve already removed 25 per cent of our listings,” Laskin said. “We’ve got to make sure all our pools are in tip-top shape.”

Laskin estimated that Swimply already has a few thousand members in the U.S. and he expects that number to rise when they launch in Sydney, Australia later this fall ahead of the summer season there.

“My vision for what Swimply would be is… no matter what you’re doing, no matter where you are, whether you’re just finishing work, or you’ve just finished homework with your kids, whatever it is, you can pick up your phone and just escape your situation,” he said. 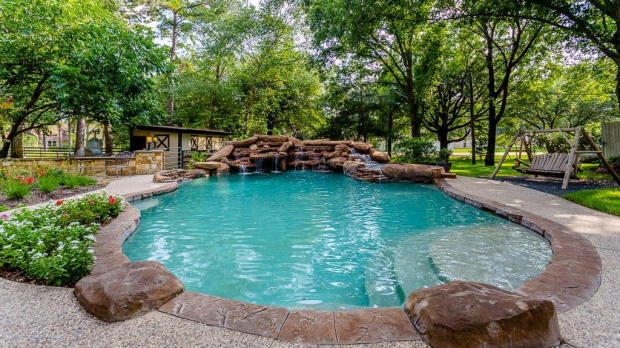