Coming to Canada: Waffle-stuffed Double Down sandwich from KFC 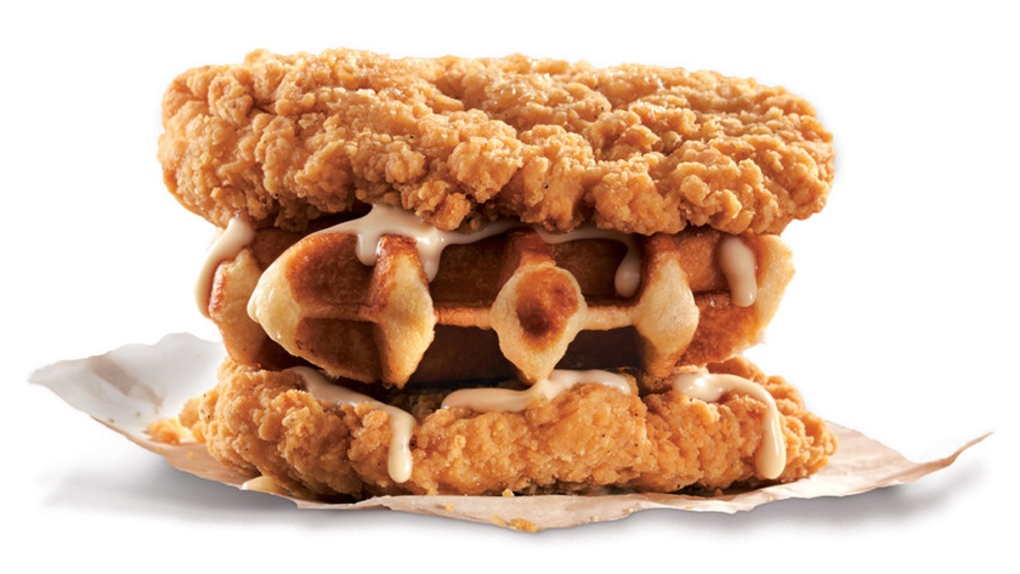 Slow clap for KFC Canada: In a twist to their famous bun-less, all-chicken sandwich, the KFC Double Down is set to relaunch in Canada, this time cradling a golden Belgian waffle.

It's a genius riff on America's soul food, fried chicken and waffles.

But to make it their own, the fast food chicken chain describes their waffle as the Belgian kind, and is drizzling it with a dash of Canadiana via a Canadian maple aioli sauce.

The result? A sweet and savory creation called the Waffle Double Down.

Despite being a classic American dish popular in Northeastern US, this fried chicken waffle sandwich is available only in Canada for a limited time.

"The Double Down is our most talked about and demanded menu item in Canada, so we wanted to do something special exclusively for Canadian fans," said KFC Canada's chief marketing officer Samantha Redman in a statement.

"We know fans have been craving chicken and waffles on our menu, and we're happy to provide this unique take on the trendy food pairing. The maple aioli sauce is a sweet nod to KFC's Canadian fans."

When the original Double Down -- made with bacon, cheese and sauce -- launched in Canada in 2010, it became KFC's best-selling menu item and generated no small amount of buzz from fans and critics alike, who balked at its calorific content.

The Waffle Double Down launches across Canada March 26 for a limited time.