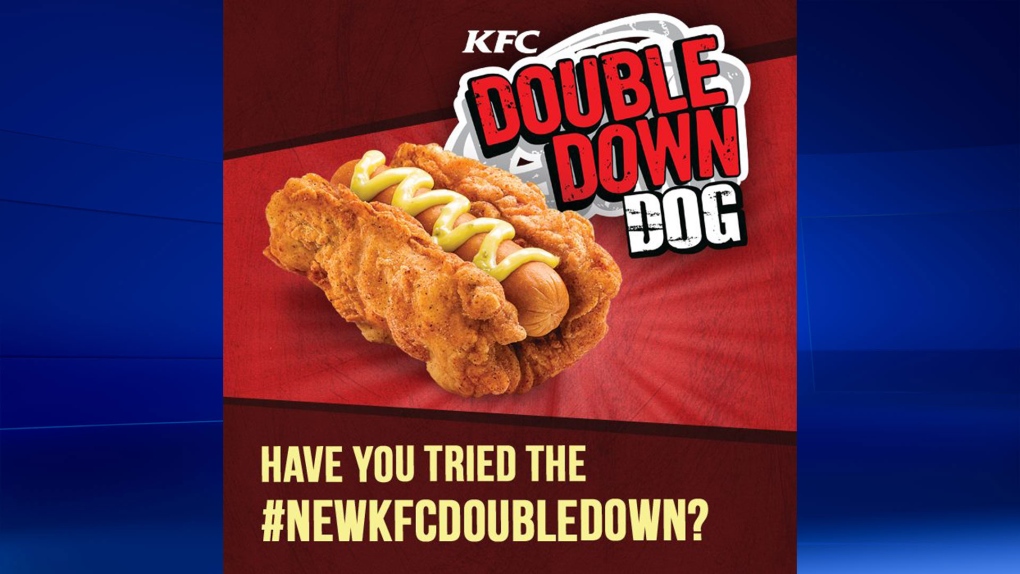 An ad for the KFC Double Down Dog is shown. (KFCPhilippines / Facebook)

KFC has done it again, snatching headlines around the world for its latest extreme sandwich: a hot dog wrapped snugly in a deep-fried chicken patty.

They’re calling it the KFC Double Down Dog, a riff off their Double Down, which replaced bread buns with deep-fried chicken fillets.

Only instead of sandwiching bacon and cheese, the Double Down Dog consists of a chicken patty, cradling a chicken-based hot dog that’s topped with cheese and honey mustard relish dressing.

The latest monster creation was released in the Philippines over the last two days, in limited quantities -- just 50 hot dogs a day.

No word on whether or not the sandwich will be hitting other markets.

News of the Double Down Dog has hit the virtual big time, garnering headlines from major publications including Time and USA Today and generating significant Twitter buzz, even among the Twitteratti.

"Why is everyone so appalled by the KFC double down dog? You'd eat the same two things in a day anyhow. It's actually a time-saver," tweeted model and food blogger Chrissy Teigen.