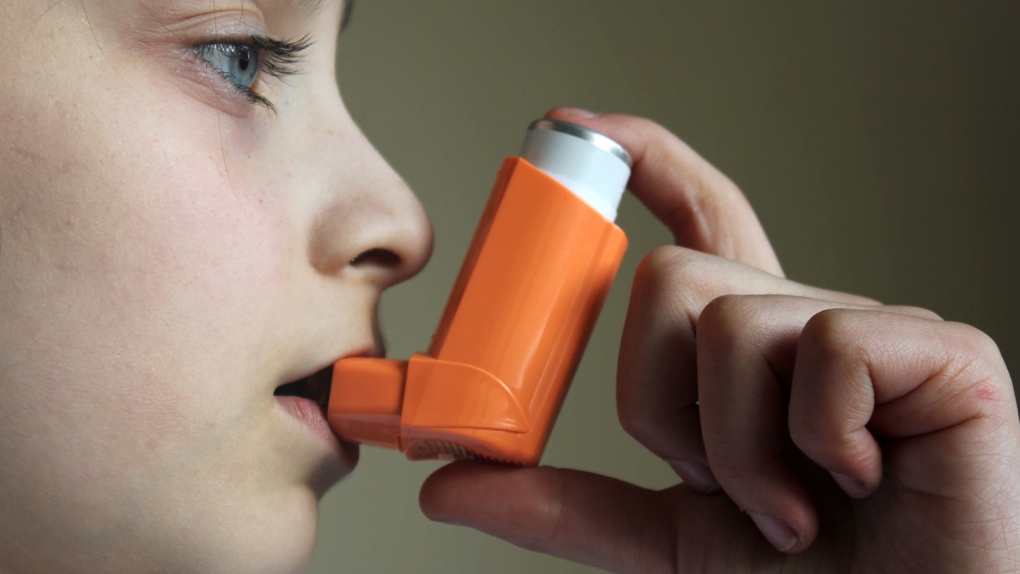 A child uses a puffer in this file photo. (sarra22/Shutterstock.com)

Children who have eczema at age one and who are already “sensitized” to an allergen are seven times more likely than other babies to develop asthma, and significantly more likely to develop a food allergy by age three.

The new finding comes from a large Canadian study that could help doctors better predict which children will go on to develop asthma and allergies.

It has long been known that infants with eczema (atopic dermatitis) are more likely to develop asthma and hay fever (allergic rhinitis) in later childhood. In fact, doctors have coined the term “the atopic march” to define the often-predictable progression from infant eczema to asthma.

But determining which children with eczema will go on to develop such allergies has been difficult.

The researchers in this study found that having eczema alone, without sensitization to an allergen, did not significantly increase a child’s risk of developing asthma, they report in The Journal of Allergy and Clinical Immunology.

But if a child has developed sensitization to an allergen – meaning their immune systems produce antibodies to the allergen, but no allergic symptoms – they are at significant risk of developing a full allergy in the future.

For the study, researchers led by Dr. Malcolm Sears, a professor of medicine at McMaster University in Hamilton, Ont., studied more than 2,300 children from across Canada. They looked at whether the children had eczema and an allergic sensitization at age one, and then assessed them again at age three to evaluate their eczema and to see if they had developed asthma, hay fever, or a food allergy.

They found that the combined effect of eczema and allergic sensitization was greater than the sum of their individual effects -- both on the risk of asthma and on food allergies.

“So this research offers healthcare professionals an alternative method of identifying at-risk children,” he said in a statement.

The findings comes from the same study, called CHILD, which found that children who avoid cow’s milk products, eggs, and peanuts during the first year of life are at increased risk of developing an allergic sensitization to these foods later on.

Since that study, new recommendations have been published encouraging parents and caregivers of most children to begin feeding their children peanut products at age six months to reduce their risk of developing potentially dangerous peanut allergies.

Early introduction of peanuts and other potentially allergenic foods is now thought to be beneficial in reducing the risk of food sensitization and food allergy.