'Seeing with sound': study explores how the blind use echolocation 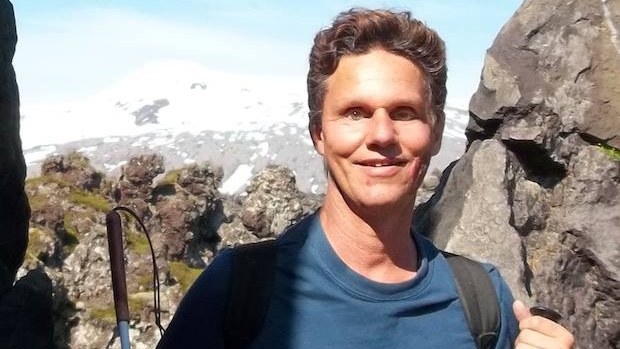 In the ocean’s murky depths, dolphins and orcas use echolocation to hunt their prey. In gloomy caverns, bats use echolocation to maneuver through their inky surroundings. But echolocation -- the sonar-like process of detecting objects by emitting sounds and analyzing how they are reflected back -- is not something confined solely to animals in the wild.

Humans can do it too.

“Human echolocation is a way of seeing with sound,” Daniel Kish, president of the U.S.-based charity World Access for the Blind, told CTVNews.ca from his home in Long Beach, Calif. “You’re using sound waves instead of light waves to gather information from your environment… to construct images in the brain.”

Sightless by the age of 13 months, Kish intuitively found a way to navigate through his world as a child by making clicking sounds with his tongue and then listening to how they echoed off objects around him. Today, he’s considered to be an exemplar in the art of human echolocation. Clicking away, Kish even takes solo wilderness hikes when he feels like unwinding.

“Sighted people are easy to surprise,” he said with a laugh.

In a study published Thursday in the journal PLOS Computational Biology, a team of researchers led by Durham University psychologist Dr. Lore Thaler have detailed the process of human echolocation in unprecedented detail.

That humans can echolocate is by no means news -- for decades, scientists have documented instances of the blind using such bio-sonar techniques. The process, however, remains poorly understood.

“The amount of research available on the human visual system would fill libraries,” Kish explained. “But the amount of information on human echolocation wouldn’t fill a bookshelf.”

Thaler and her team studied three blind adults -- including Kish -- who have become expert echolocators, using mouth-clicks for everything from navigating unfamiliar cities to riding bicycles to differentiating between materials, such as metal and wood. Employing microphones in a soundproofed room, the researchers recorded thousands of their mouth-clicks. For each of the three subjects, the results were startlingly similar: all created high-frequency, directionally focused clicks in rapid successions. The recordings have now been used to create artificial mouth-clicks that will be employed in further studies on human echolocation.

“The physical science behind echolocation we do understand very, very well,” Kish added. “But how humans can learn and use echolocation? That’s a bit more of a mystery because we have really none of the adaptive advantages that bats have, or even toothed whales. We just don’t have those. We’ve not been spending 15 million years developing this ability. And yet humans can do it quite tolerably well and they can make it a principle means of getting around. And we need to understand how.”

For his part, through World Access for the Blind, Kish is dedicated to sharing the technique with visually impaired people around the planet. Over the past two decades, the charity has trained more than 2,000 people in over 40 countries in echolocation. Countless more have learned the technique through instructors trained by Kish’s organization.

Kish, who holds graduate degrees in both special education and developmental psychology, developed his educational program through years of experience and study. Further research, he hopes, will help him better learn how to utilize and share the technique.

“The point is freedom,” he said. “If all you had in the pitch black was a single match, how much difference does that make to a person’s confidence, to a person’s quality of experience? And echolocation is more than a match.”