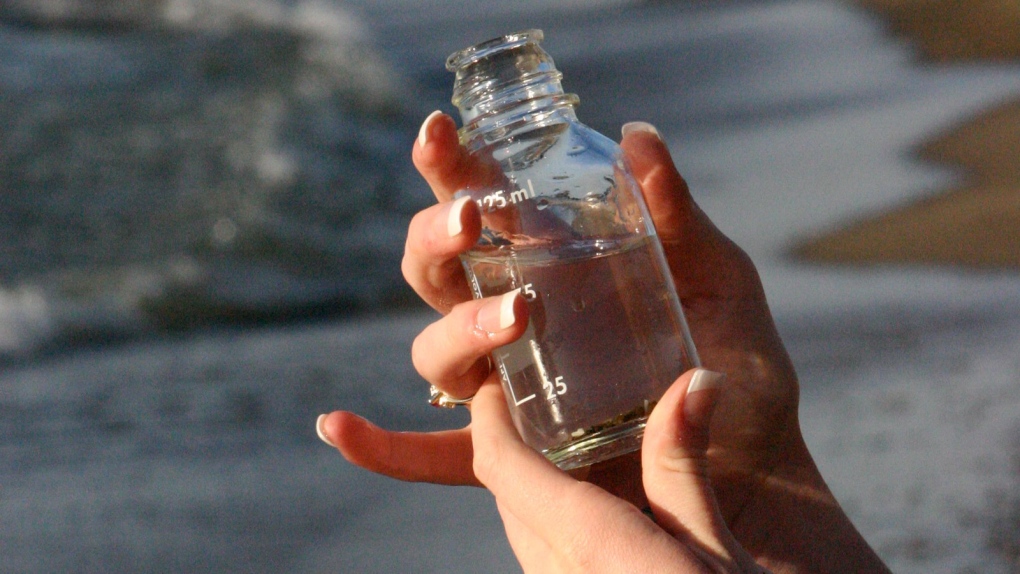 It may be lurking in your diet soda, your chewing gum and even in your favourite yogurt. Now scientists have found artificial sweeteners are also coming out of your faucet.

Sweeteners are used in thousands of food and beverages sold around the world, according to The Sugar Association. And on World Oceans Day, marked every June 8, scientists are asking us to consider where sweeteners end up after they're ingested.

According to recent research, scientists have found artificial sweeteners in bodies of water around the world, including Canada.

Sugar substitutes -- such as Splenda and Sweet'N Low -- are designed to be eaten, but not absorbed by the body. Because our bodies cannot break them down, sweeteners go straight through humans.

That's how consumers get the sweet taste without the weight gain often associated with sugar-laden foods.

Once the sweetener leaves the body, wastewater treatment plants face the same dilemma: studies have found they can't break down the complex chemical. Most sweeteners, then, flow into oceans, lakes and rivers in practically the same form in which they were consumed.

It's a situation playing out in the water flowing through southwestern Ontario's Grand River, which empties into Lake Erie. Researchers from the University of Waterloo and Environment Canada found the amount of sugar substitute in the water is equivalent to about 81,000 to 190,000 cans of artificially sweetened soda flowing through the 300-kilometre river each day.

The study tested for sucralose, cyclamate, saccharin and acesulfame. It also found three types of sweetener coming out of the faucets in Brantford.

According to the Canadian study, the effect of artificial sweeteners in the water is largely unknown. But Amy Parente, an assistant professor of biochemistry at Mercyhurst University in Erie, Penn., says scientists should be on alert.

Parente did her own study in Lake Erie looking for sucralose, the substitute used by Splenda. Her team also found the sweetener in the water. But while other studies took samples from what came out of wastewater treatment plants, Parente tested water found at the lake's beaches, where the sweeteners had a chance to dilute.

She and her team found 0.15 micrograms of the sweetener for every litre of water, which meant there could be up to 72 metric tons of sweetener floating in the waters of Lake Erie.

Since Parente's study came out in 2012, Parente and her students have been looking at how sweetener affects a snail living in Lake Erie that forages for food. As part of that work, one student found the presence of sweetener made the animals believe there was nutrition in the water.

The team believes the sweetener affected their foraging abilities, leaving them with fewer calories to be healthy and reproduce. And Parente thinks this could be true for other foraging animals.

"When people think about small animals and small organisms, they tend not to be concerned," Parente said in a phone interview with CTVNews.ca. But she added the impact has the potential for a domino effect.

This could create less food for animals that depend on the plants, creating a ripple effect that could make its way back to humans.

The taste is not in the tap

For now, more research is needed before drawing any conclusions about sweeteners' impact on all aquatic life, said Environment Canada research scientist, John Spoelstra, part of the team that tested the Grand River.

And while research shows a large amount of sugar substitutes in our bodies of water, Spoelstra said consumers shouldn't expect their drinking water to taste any sweeter.

"Concentrations in the river are very small," Spoelstra told CTVNews.ca. "They're in the tens to hundreds of thousands of times lower than the concentration that would be in a can of soda."

As for aquatic life, scientists have had less than a decade to study the effect of the sweeteners, since research showing its concentration only came out a few years ago, Spoelstra said. But work is underway by scientists around the world.

The few studies that have come out shouldn't be ignored, Parente said, likening them to the canary in the coal mine.

"I feel that out of these small organisms are early warnings," she said. "We need to heed those warnings."