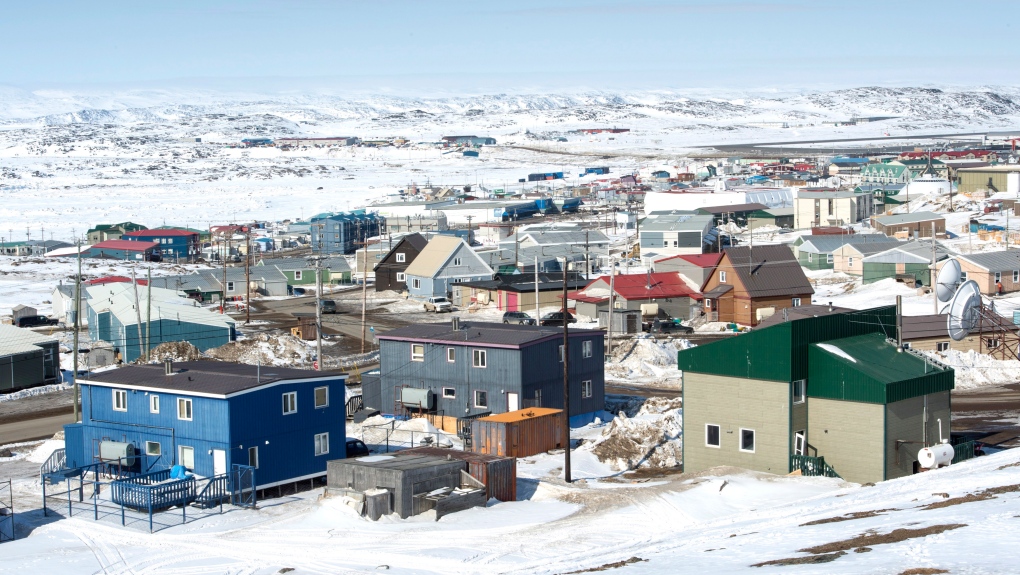 MONTREAL -- A teenage victim of an accidental gunshot wound who is being kept on life support until his parents arrive.

A young girl with meningitis, unable to communicate with doctors since she only speaks Inuktitut.

A six-month old baby on a respirator, sent to the hospital alone.

These example illustrate why Quebec needs to change its policy of airlifting critically ill children to hospitals without a parent or guardian to accompany them, according to Dr. Saleem Razack, who heads the pediatric intensive care unit at the Montreal Children's hospital.

Razack is one of three physicians who sent an open letter to provincial officials in December, urging them to reconsider a policy that generally prevents parents from flying on emergency medical flights with their children due to a lack of space.

In the letter, they argued that sending children from remote areas to hospitals alone is traumatic and can cause problems when it comes to treatment.

"To have children transported and arrive in Montreal without their parents around at a time like that, for the child it's extremely psychologically difficult," Razack said in an interview.

The letter notes at least two instances where the authors believe a lack of parental supervision compromised patient safety: one when a young girl almost escaped the hospital because she wanted to go home, and one when a toddler fell from a bassinet.

Samir Shaheen-Hussain, another of the authors, argues parents are needed to help supervise and comfort their children, as well as to consent to major medical procedures.

"This is just unacceptable, because you're basically taking away the source informant and source advocate for the child," he told The Canadian Press.

"In all of our work as pediatricians, having a child and family approach is central."

The physicians argue the policy disproportionately affects Inuit families in Quebec's remote northern communities, whose children may not be able to communicate with doctors since they don't speak English or French, and whose parents may face delays in getting a commercial flight.

Shaheen-Hussain notes that many Inuit and First Nations have memories of children being taken away on planes to attend residential schools, which adds to the trauma of an already scary event.

In an interview, he said Quebec's air ambulances are designed to make multiple stops to pick up patients, which leads to a lack of space on the aircraft.

He said a plane's medical equipment doesn't leave much room for seats, and those need to be reserved for medical personnel.

"If we were to add seats we'd have to reconfigure the plane and have less capacity to transport patients," he said.

"What we gain on one side, we lose on another."

He rejected the idea the government needs to buy more planes to switch to flying only one patient at a time, citing cost and the fact the system is already operating properly.

Barrette also said the policy is not discriminatory toward Inuit and First Nations, noting the government pays to have families flown to their children's bedsides on commercial flights.

A spokeswoman for the hospital network that oversees the program says the Quebec government's two ambulance planes have only five seats due to the need for medical equipment, beds and an incubator.

Genevieve Dupuis added the leaders of the program, called EVAQ, are open to changing the policy and have been consulting with stakeholders since last fall to see how they can offer a better service.

Shaheen-Hussain flatly rejected Barrette's explanations, noting that as far as he knows, Quebec is the only province that systemically refuses to allow parents or guardians to accompany their children on emergency flights.

Quebec, he feels, should adopt a policy similar to Saskatchewan's, which states minors should be accompanied by a parent or guardian unless absolutely impossible.

He also questions the wisdom of ambulances making multiple stops on the same trip when carrying critically ill children.

"It's completely inhuman to send them alone and, on top of that, to protract their arrival," he said.