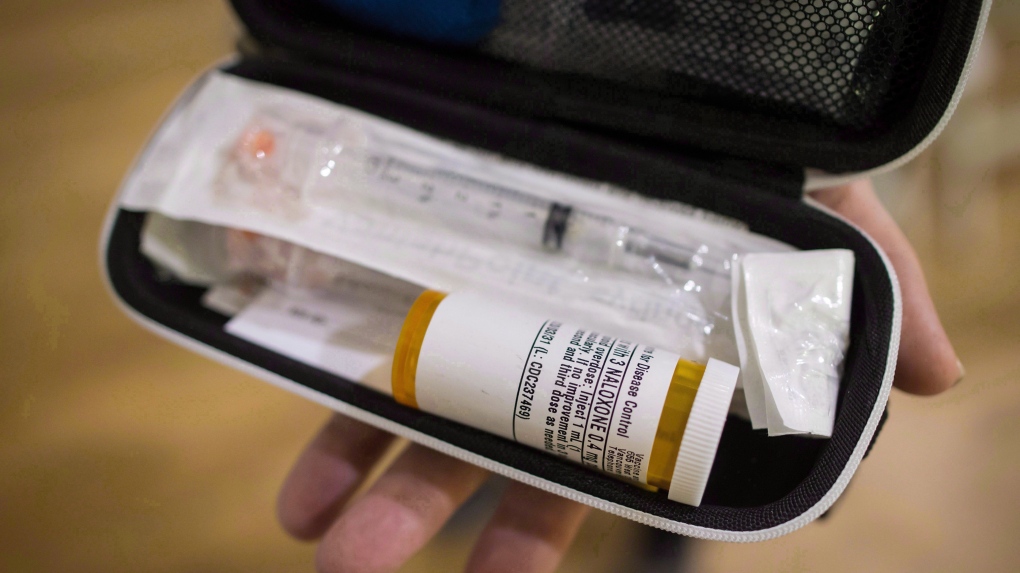 TORONTO -- A pharmacist who went door-to-door handing out naloxone kits in a neighbourhood ravaged by opioid use choked back tears on Friday as he admitted to professional misconduct.

At a disciplinary hearing, Jason Newman said he felt he had no choice given the urgent need for the potentially life-saving drug.

"I am guilty of misconduct," Newman said haltingly. "Despite that, I have certainly saved lives with what I did."

The disciplinary panel accepted a joint recommendation on punishment: a month-long licence suspension and an oral reprimand for tarnishing the profession. Newman also has one year to pass an ethics course, failing which would get his licence suspended for a second month.

Newman admitted to failing to live up to professional standards by improperly supervising people who helped him give out the anti-opioid drug. He also agreed he had failed to live up to an undertaking he gave the Ontario College of Pharmacists in February last year to abide by the standards.

The owner of Delaware Pharmacy near London, Ont., said he was spurred to action when he visited a homeless shelter but staff refused to allow him to offer training in naloxone use. They turned him down again a week later, he said, even after someone died of an overdose.

"I decided it was necessary to train people around the area as quickly as possible," Newman told the panel.

Naloxone is a potentially life-saving medication used to reverse opioid overdoses. It can be given free to members of the public, although pharmacists can claim a dispensing fee.

However, pharmacists are supposed to provide education on its use, on identifying overdoses, the importance of calling 911, and resuscitation among other things.

Newman said he went door-to-door to up to 40 businesses in the immediate shelter area, but delegated some of the distribution task because he couldn't do it all himself. He said he allowed non-pharmacist employees to provide kit recipients with background information and training, but only after extensive practice.

"We'd already been through it several hundred times," he said.

As part of his admissions, Newman agreed to a new undertaking to abide by the rules, saying he now has 10 other pharmacists he can count on for distribution and training.

The college, which withdrew other related allegations in exchange for the admissions, made it clear it was not alleging any dishonesty or disgraceful conduct, its lawyer Matthew Gourlay said.

Gourlay, who said Newman's motives were "appropriate and laudable," told the hearing the pharmacist believed that having naloxone kits in as many hands as possible was crucial to stemming the tide of opioid deaths.

The stigma around drug use is a barrier to obtaining services, prompting the pharmacist to do his outreach, the panel heard.

The hearing was given an agreed statement of facts in which Newman admitted his misconduct.

"These allegations have to do with Mr. Newman's work in dispensing naloxone in the community," Gourlay said. "Mr. Newman has done important work in that area but has breached certain guidelines of the college."

The breaches, Gourlay said, related to dispensing naloxone without regard to individual need or clinical appropriateness, allowing non-pharmacist employees or agents to give out the drug, and failing to supervise them properly.

Newman said he was always nearby when the kits were given out, so the real issue was the degree of supervision.

This report by The Canadian Press was first published Nov. 1, 2019.