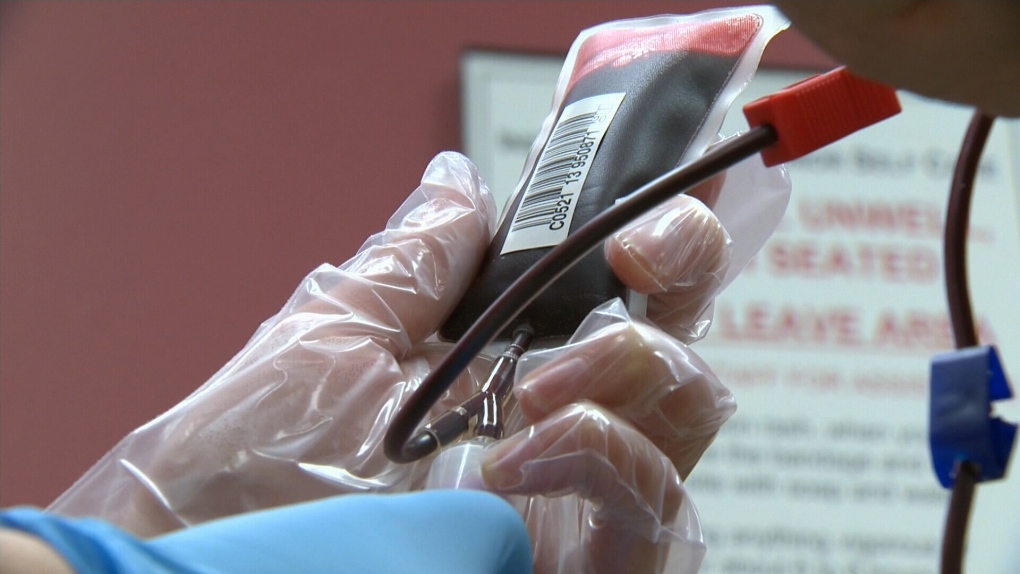 The province says it will introduce legislation to ban payments, boost enforcement in case of violations and broaden the requirements for licensing blood collection facilities.

Canadian Plasma Services was told it would not be given a licence by the province to open clinics in Toronto and Hamilton that would pay people $25 to donate plasma, said Matthews.

"If you look at where they're located, there's no question that they're going into low-income neighbourhoods," she said. "It's very clear what their business model is."

Paying people to donate plasma would threaten Canada's voluntary blood donation system, said Matthews, who noted that 30,000 Canadians were infected with HIV and hepatitis C from contaminated blood and plasma purchased from "blood brokers" in the 1990s.

"We really believe that a voluntary system is the best system, and I do not want to jeopardize our volunteer-based blood collection system," she said.

Canadian Plasma Services said it was baffled by the province's attempts to shut down the clinics when Ontario buys plasma products from U.S. companies that pay donors directly, and pointed out that the province compensates organ donors for expenses.

"I cannot comprehend why a minister from the government of Ontario would be trying to prohibit any type of compensation for time, for out of pocket expenses, for travel expenses, to plasma donors in Ontario and then go and buy these products from U.S. companies that do the exact same thing," said CEO Barzin Bahardoust.

Canada should develop its own plasma products sector which could create thousands of good paying jobs just to service the domestic market, he added.

"Almost all of the $670 million worth of plasma protein products that were imported to Canada last year were made from plasma collected from paid donors in the United States."

The company offers donors two options for payment: a $25 donation in their name to the Hospital for Sick Children or a $25 Visa card that cannot be converted to cash, in addition to reimbursing travel and accommodation expenses.

Donating plasma takes three times as long as donating blood, and people need to make a commitment to donate dozens of times each year to maintain their status as a qualified donor, said Bahardoust.

"That time commitment means that a plasma donor has to spend up to 80 hours (at the clinic) every year," he said.

"Without compensating them for their time, travelling back and forth to our centres probably 40 times a year, then it's very difficult to get people."

Quebec is the only province to have outlawed payments for plasma donations, and that province is now having trouble finding donors, added Bahardoust.

"Without compensation they are not getting donors, and self-sufficiency levels in Quebec are even lower than in the rest of Canada," he said. "The fact is Canada's need for plasma significantly exceeds our ability to produce it."

The plasma collected by Canadian Plasma Services is processed into drug products for the global market and is not used for transfusions in Canada, said Matthews.

"Unlike the Canadian Blood Services, (where) the blood collected is used in Canada, this company's business model does nothing to enhance access to those drugs for Canadians or Ontarians," she said.

Matthews introduced regulations last week to prohibit payments to people who donate blood and blood products that she said will be in force within days.

"It still has to go through the next stage, but that will happen very quickly so that it will be illegal for them to offer payment for blood or plasma," she said. "We are not going to be changing our mind on this."

A Health ministry inspector visited one of the company's Toronto clinics Tuesday, but was apparently there just to observe, said Bahardoust.