No recall of romaine in Canada, but CFIA keeping tabs on E. coli outbreak in U.S. 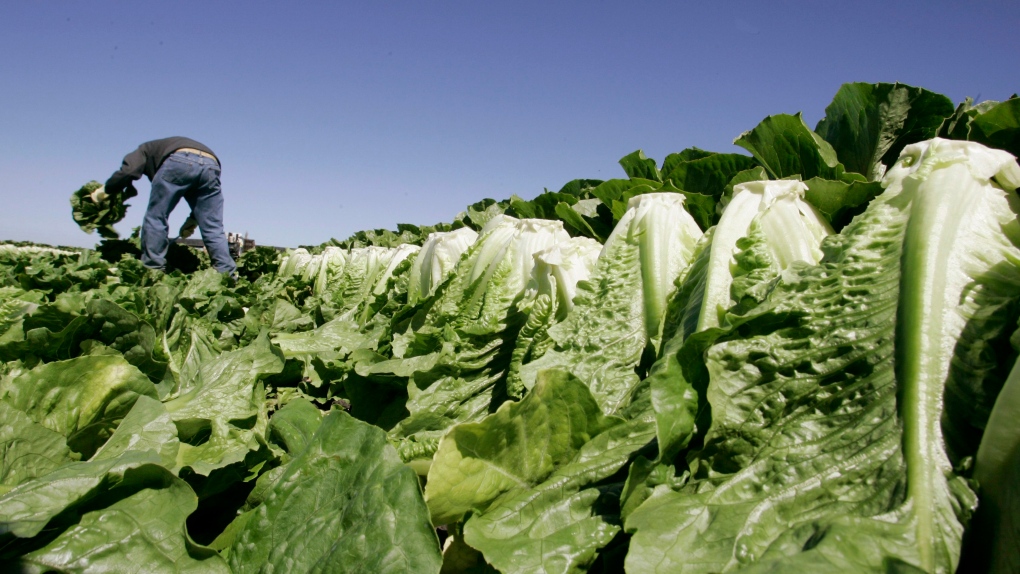 TORONTO -- The Canadian Food Inspection Agency has not ordered a recall of romaine lettuce, despite an outbreak of E. coli cases in the U.S. linked to the popular salad ingredient.

A spokeswoman for the federal department said a U.S. food safety investigation has not identified any specific brand, product type, grower or packaging company related to the E. coli outbreak, which has sickened 53 people in 16 states.

"The CFIA is in close communication with U.S. authorities and if it is determined that contaminated romaine has been imported into Canada, the CFIA will take the appropriate steps to protect the public, including recalling the product as necessary," Anna Matos said Monday by email.

The Centers for Disease Control said the U.S. cases involve the potentially deadly strain of E. coli known as O157:H7; 31 people have been hospitalized, including five who developed a type of kidney failure called hemolytic uremic syndrome. No deaths have been reported.

Matos said there is no association between the U.S. cases and an E. coli outbreak in Edmonton that has sickened 34 people, including 11 who were hospitalized and one patient who died, likely due to E. coli infection.

The source of these cases has not been identified, but the AHS does not believe they are linked to the initial outbreak.

Raw fruits and vegetables that have come in contact with feces from infected animals, such as cattle, are a common source of E. coli-related illness. Leafy greens like lettuce can become contaminated by the bacteria through soil, contaminated water, animals or improperly composted manure.

The Public Health Agency of Canada advises consumers to follow safe food handling tips when preparing lettuce. Unwashed lettuce, including whole heads of lettuce sold in sealed bags, should be handled and washed using these steps:

-- Wash unpackaged lettuce under fresh, cool running water. There is no need to use produce cleansers -- washing lettuce gently with water is equally effective.

-- Keep rinsing lettuce until all dirt has been washed away.

-- Don't soak lettuce in a sink full of water. It can become contaminated by bacteria in the sink.

-- Store lettuce in the refrigerator for up to seven days. Discard when leaves become wilted or brown.

-- Use warm water and soap to thoroughly wash all utensils, countertops, cutting boards and storage containers before and after handling lettuce to avoid cross-contamination.