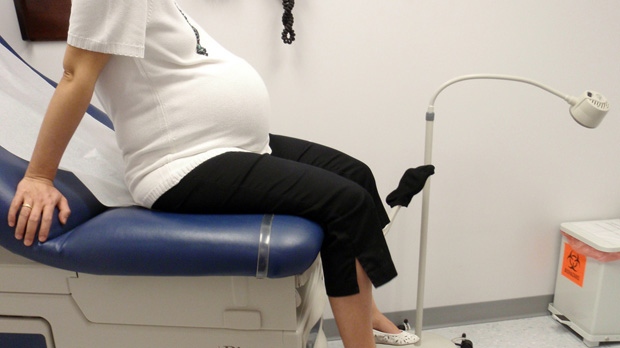 Canada saw only one transmission in 2014, findings from the Canadian Perinatal HIV Surveillance Program (CPHSP) show.

Canada saw only one transmission in 2014, findings from the Canadian Perinatal HIV Surveillance Program (CPHSP) show.

In the eyes of the World Health Organization, this almost-zero transmission rate counts as eradicating mother-to-child transmission in the country.

"Effectively, Canada has eliminated vertical transmission," Jason Brophy, the head of the CPHSP's parent organization, said in a statement. "The World Health Organization definition of elimination is less than two per cent transmission and that's where we are right now."

CPHSP researchers presented their findings at the International AIDS Society 2015 conference in Vancouver on Wednesday.

Since then, researchers have seen a dramatic drop in transmissions, particularly in foreign-born and Aboriginal women.

In the 1990s, women from these populations were at far greater risk of passing HIV down to their children. Women who use injection drugs were also more likely to transmit HIV to their babies.

Today, however, researchers say transmission rates for these groups are comparable to other women across Canada.

"The happy conclusion, at this point, is that vertical transmission in Canada is rare, and groups which were at excess risk are no longer so," said Joel Singer, a professor in the School of Population and Public Health at UBC.

Researchers credit the success to public health initiatives that help high-risk women get tested and treated for HIV.

Women who receive combination antiretroviral treatment, or cART, have almost a zero per cent chance of passing HIV on to their children.

Researchers found that there were 44 Canadian cases of vertical HIV transmission since 2005. Of those, more than 90 per cent happened when women didn't get treatment, or when the women only began treatment less than four weeks before delivery.

According to the CPHSP, this data suggests early screening and treatment are the key to ending mother-to-child HIV transmission in Canada once and for all.