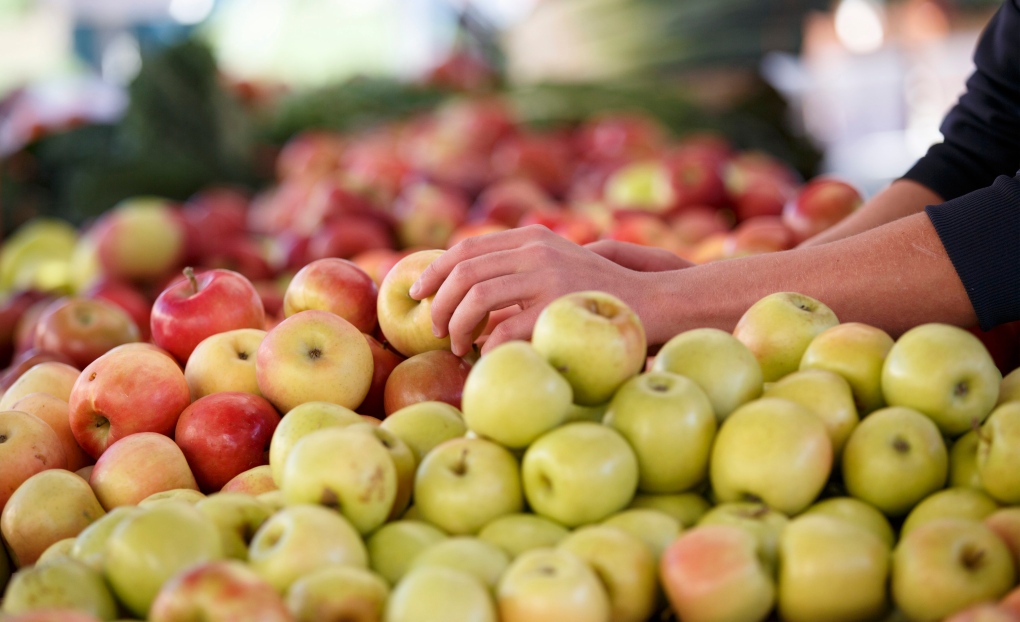 Apples are displayed at a farmers market in Arlington, Va., in this photo taken Oct. 5, 2014. (J. Scott Applewhite/AP)

Examining data from the Canadian Healthy Infant Longitudinal Development study, University of Alberta scientists found that if pregnant women ate six or seven servings of fruit a day, their infants placed six or seven points higher on an IQ scale at one year of age.

The study looked at data from nearly 700 Edmonton children, and controlled for factors that would affect a child’s development, including family income, parents’ education and gestational age of the child.

“We know that the longer a child is in the womb, the further they develop – and having one more serving of fruit per day in a mother’s diet shows the same results as being born a whole week later,” said Mandhane, who is also an associate professor of pediatrics at the University of Alberta’s Faculty of Medicine and Dentistry.

The study looked at data that was the result of a cognitive development assessment known as the Bayley scale of infant development, which looks at multiple factors including visual preference, attention, memory and exploration.

A food questionnaire also asked the pregnant mothers to report the frequency and portion size of food since becoming pregnant. Total fruit intake was the daily sum of servings of fruit in addition to juice servings.

Also, fruit flies tested by the scientists were found to have improved learning and memory if their parents had more fruit juice in their diet.

Francois Bolduc, an associate professor of pediatric neurology who teamed with Mandhane for the study, said flies have 85 per cent of genes involved in human brain function, making them a “great model” to study memory genetics.

“To be able to improve memory in individuals without genetic mutation is exceptional, so we were extremely interested in understanding the correlation seen between increased prenatal fruit intake and higher cognition,” Bolduc said in a statement.

However, in both human and fruit fly cases, there was no improved learning when the infants were only fed fruit postnatally.

While Mandhane is encouraged by the findings, he cautioned against overconsumption during pregnancy, as complications such as gestational diabetes and other conditions linked to increased natural sugar intake have not been fully examined.

Mandhane recommends that expectant mothers meet the daily fruit intake recommended in Canada’s Food Guide, and he suggests they consult with their doctors over diet.

The full study was recently published online on the journal EBioMedicine.