Meniere's disease and blood flow: Could there be a link? 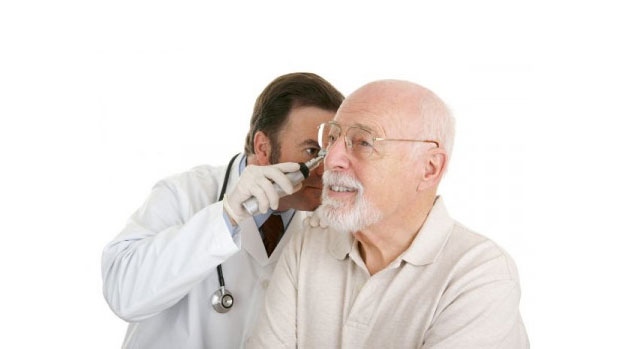 New research suggests a relatively simple procedure to unblock veins in the head and neck might offer some relief to patients with Meniere’s disease, a disabling and incurable inner ear disorder.

Meniere's disease patients suffer episodes of intense nausea and dizziness, or vertigo, as well as fluctuating hearing loss, a ringing in the ear known as tinnitus, and a feeling of fullness in the ear.

There is no recognized treatment for the condition, which becomes worse with time, eventually causing permanent damage to the balance system inside the ear, and sometimes permanent hearing loss.

The condition is marked by the buildup of too much fluid in the chambers of the inner ear that help regulate balance. But it remains unclear what causes the fluid buildup.

Some have theorized that viral infections or autoimmune reactions could be at play. But some research has also suggested that the condition is the result of constricted blood vessels in the inner ear and head.

Italian vascular surgeon, Dr. Aldo Bruno, decided to investigate whether patients with Meniere’s disease might also have CCSVI, or Chronic Cerebrospinal Venous Insufficiency, a term coined by Dr. Paolo Zamboni to describe narrowed or blocked veins in the head and neck.

In 2009, Zamboni published research suggesting that CCSVI was common in patients with multiple sclerosis and theorized that MS could be caused by CCSVI.

Dr. Bruno’s research has focused on 312 patients with Meniere’s disease. He and a team of otolaryngologists and interventional radiologists have performed scans on the necks of the patients using ultrasound and MR imaging to look for constricted veins. They report they have found that 89 per cent of the Meniere’s patients they’ve studied have CCSVI, as defined by the Zamboni criteria.

He and his team have also performed angioplasty (percutaneous transluminal angioplasty, or PTA), on 105 of the patients, to open up key neck veins, called the azygos vein and the internal jugular vein. The procedure has been generally well tolerated by the patients, although some experienced bleeding and blood clotting.

Bruno reports that, among the patients treated with angioplasty, 85 per cent have reported a reduction in episodes of vertigo, while 70 per cent report a reduced feeling of fullness in their affected ear or ears.

After following for two years the first 40 patients to undergo the angioplasty, Bruno's team reports that 75 per cent have reported an improved quality of life compared to the period before the procedure.

One of those patients was Roberto Percuoco. He tells CTVNews.ca that before the PTA angioplasty, he had numerous vertigo episodes and often felt in a “brain fog” during which he had trouble with his memory and comprehension and frequently become easily fatigued.

After the treatment, he no longer has intense pressure in his ears, while his vertigo attacks have become less severe. Although he sometimes still feels periods of dizziness, Percuoco says he is able to travel and perform better at work.

“I feel more confident. My mind is more clear and able to stay focused on topics,” he told CTVNews.ca mby email from Italy.

Nadia Gaggioli, who has had Meniere’s disease for 32 years, and manages a Meniere’s patient support group from her home in Bologna, Italy, says she used to experience vertigo episodes four to five times a week in which she could not stand, and impaired hearing

“I had much anger and great fear because I couldn’t predict when a crisis would occur, nor do anything during a crisis,” she told CTV News.

She took cortisone to manage the symptoms and underwent surgery that reduced her Meniere’s symptoms somewhat but she still frequently had headaches.

She underwent angioplasty in 2012 and again in 2015 and found the headaches disappeared. The frequency and severity of her vertigo was also reduced and while she still can’t work, she says her quality of life has improved.

And while Gaggioli says the neck vein procedure was not a cure, she feels much better.

“My mind is more clear (whereas) before there was a psychological and physical heaviness” she said.