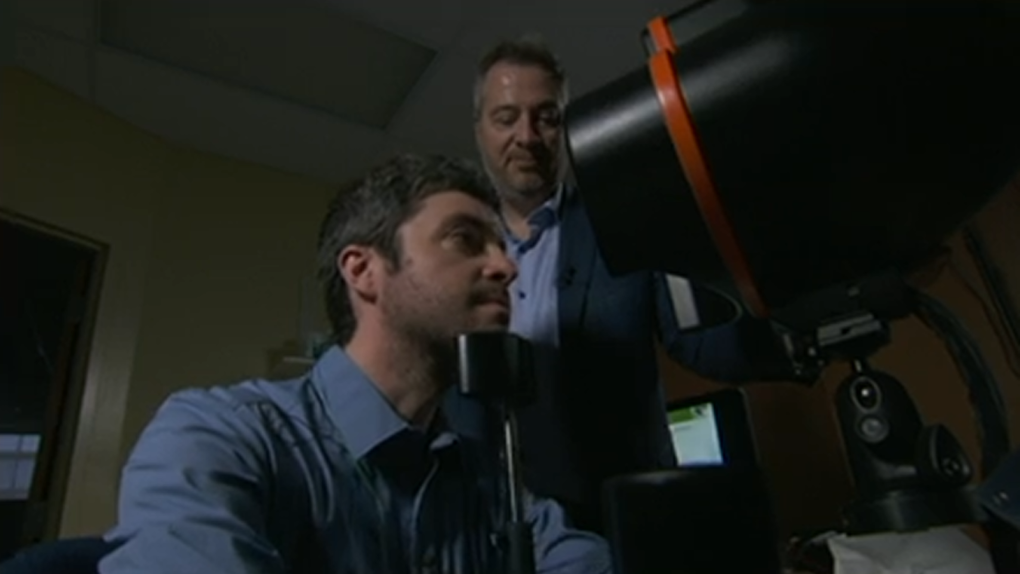 Bell Let’s Talk has donated $1 million toward important research in Quebec that involves the use of retinal scans for early detection of mental illness.

Because retinas are connected to the central nervous system, researchers have been studying the use of electroretinography, or ERG, as a diagnostic tool for understanding brain disorders.

“The eye is, in a sense, a part of your brain. So it becomes a sort of proxy of what may happen in your brain,” Yves de Koninck, the scientific director of the Quebec Mental Health Institute Research Center, told CTV News Channel Monday.

De Koninck said the retinal test works by flashing light into subjects’ eyes and examining the signal generated. Within that signal could be signs that a person is vulnerable to developing a mental illness, he said.

Researchers are looking for markers that could indicate a young person is at an increased risk for developing diseases like schizophrenia, bipolar disorder, major depression and major anxiety.

“If we can detect these kids early on, we can really start following them, helping them,” de Koninck said. “And the objective is actually to prevent the development of mental disease later on.”

FIUSMQ announced the donation towards the research Monday, saying it is the largest-ever contribution to the institute from a private partner.

“Bell Let's Talk is pleased to build on our investment in mental health in Québec with our donation to the Fondation de l'Institut universitaire en santé mentale de Québec,” Martine Turcotte, Bell’s Vice-Chair, Quebec, said in a news release.

“Support for new research is one of the 4 pillars of Bell Let’s Talk and there is no doubt innovation such as Centre de recherche du CIUSSS de la capitale nationale’s work to develop a tool for early detection of mental illness can make a significant difference in the lives of people at risk of mental illness.”

CTV News is a division of Bell Media, which is owned by BCE Inc.