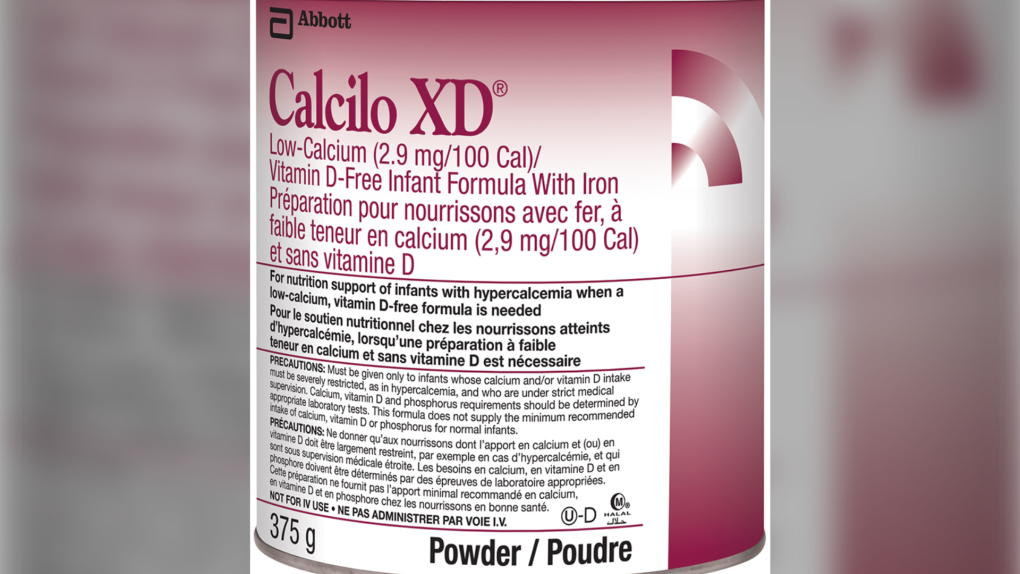 TORONTO - An infant formula is being recalled across Canada over concerns of rancidity and an off-colour.

The Canadian Food Inspection Agency is warning that Abbott Laboratories brand Calcilo XD Powder, a low-calcium infant formula, is being recalled by the manufacturer.

According to the agency, there have been illnesses reported in connection with consumption of the recalled product.

The recall includes the 375 g size of the product, with the Universal Product Code (UPC) 0 70074 53329 2, which was sold in Alberta, British Columbia, Manitoba, Newfoundland and Labrador, Nova Scotia, Ontario, Quebec and Saskatchewan.

The recall has prompted a food safety investigation, which the CFIA says may lead to the recall of further products.