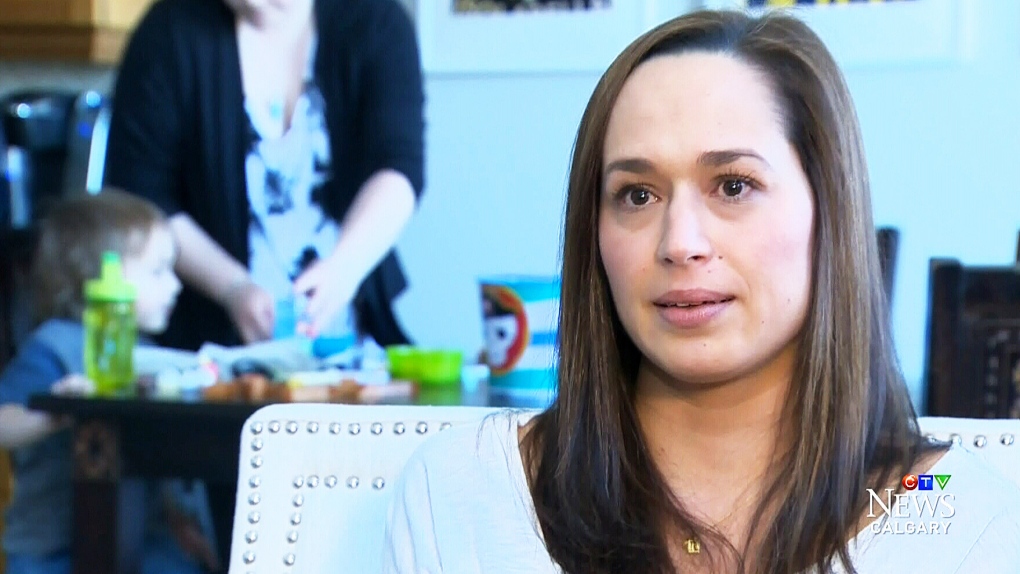 Kodette LaBarbera says her family made the difficult decision to split up so that she can stay in Calgary with her son, who has autism.

Kodette LaBarbera may be among the glamorous “Hockey Wives” on the new reality TV drama, but she says she signed up for the show to raise autism awareness, not seek fame.

LaBarbera is married to Jason LaBarbera, a Canadian goaltender for the Norfolk Admirals in Virginia who is often called to the NHL to play for the Anaheim Ducks. When the couple’s older son, six-year-old Ryder, was diagnosed with autism two years ago, the family made the difficult decision to split up during hockey season.

That means LaBarbera stays in Calgary with Ryder and his brother Easton, while her husband plays in California. Calgary is where the LaBarberas met and that’s why they chose it as home base.

“We have to sacrifice Jason not seeing the kids,” LaBarbera said on the W Network show.

In an interview with CTV Calgary, LaBarbera said she signed up for “Hockey Wives” in order to highlight her charity work. According to the show’s website, she devotes her time to autism awareness and has played a key role in starting Love for Lokomotiv, a charity to support families affected by the Russian plane crash involving members and coaches of the KHL team Lokomotiv Yaroslavl.

LaBarbera said being apart from her husband is difficult, especially when the kids ask where their dad is.

“But it’s awesome when Jason sees Ryder again and he knows … we did this for the right reasons.”

Lyndon Parakin of the Autism Calgary Association said children with autism can experience anxiety over change in their family lives, “so it’s important to have a very stable place.”

On the show, LaBarbera has praised the services available to families affected by autism in Alberta.

With a report from CTV Calgary’s Brad McLeod