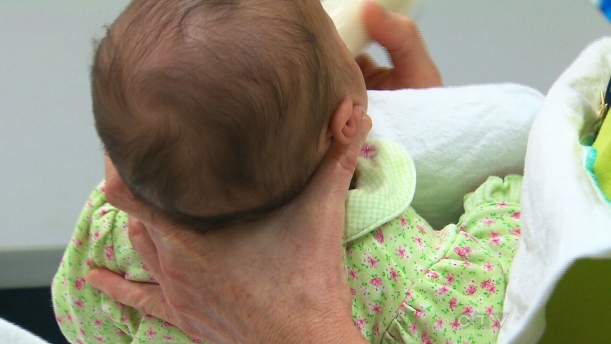 A Canadian-led study has identified new genetic mutations that appear to be linked to autism. (CTV National News)

A new pilot study found that the prevalence of autism among children prenatally exposed to alcohol was significantly higher than the prevalence in the overall Canadian population.

The study, which will be presented at the Canadian Paediatric Society’s annual conference in P.E.I. this week, examined the case reports of 300 Ontario children aged three to 16 who were exposed to alcohol in the womb.

Researchers reviewed the case reports to determine the prevalence of autism, number of children diagnosed with fetal alcohol spectrum disorder (FASD), and other demographic data.

FASDs are a group of conditions that can present in children whose mother drank alcohol during pregnancy, and are among the leading causes of cognitive and developmental disability among Canadian children. FASD symptoms can range from mild to severe, and may include physical, mental, behavioural, and learning disabilities.

The researchers found that 4.7 per cent (or 14) of the 300 children had been diagnosed with autism. By comparison, the prevalence of autism among the general Canadian population is 1.1 per cent.

"Whether alcohol is actually causing autism symptoms, we don't know," she said. "We can only say that there's a correlation, but we don't know exactly why."

Stade noted that there may be some overlap between FASD symptoms and the symptoms associated with autism. However, she said, children diagnosed with autism in the study presented with symptoms of both disorders.

She recommends that children who are being screened for FASD should also be screened for autism to ensure they're getting every available intervention.

"We don't want to miss those kids who could benefit from specific interventions developed for autism,” she said.