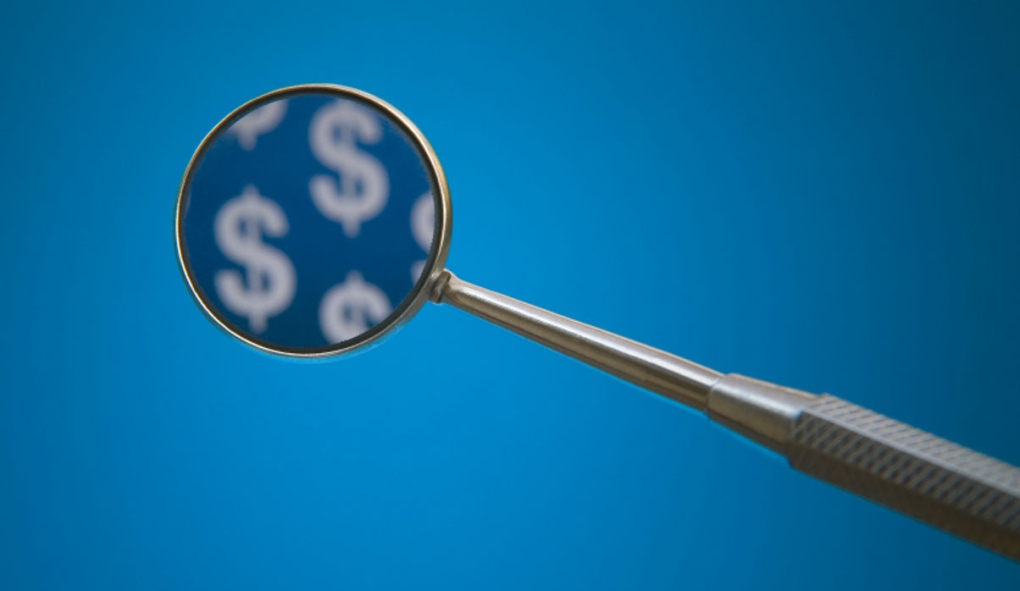 Chantal Robinson was pregnant and writhing in pain on her classroom floor, all because she couldn’t afford the dental care required to fix her rotting teeth.

“I was curled up into a ball, crying,” Robinson says of the moment seven years ago. She was in her early 20s, and her life-long problems with receding gumlines and tooth enamel deficiency had worsened.

"The pain was just unbearable. I had constant migraines, and my face swelled up a few times to the point where I had to take myself to the emergency room."

But the dental care voucher she was eligible for while receiving social assistance didn’t come close to covering the estimated $4,000 to $6,000 cost of having her teeth pulled and her mouth fitted for dentures.

Robinson isn’t the only Canadian with such a story, given that dental care is excluded from the Canada Health Act and therefore not part of this country’s universal health care regime. A new report paints a grim picture of access to dental care in Canada.

The study found “substantial inequalities” in access to care for approximately six million Canadians who do not go to the dentist because of the cost. Included in that figure are some of Canada’s most vulnerable groups: the elderly, young children and adolescents, recent immigrants, First Nations, the poor and working poor, and people with disabilities. 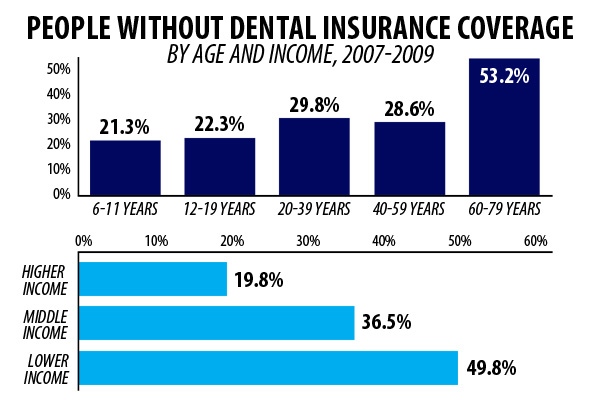 The report, “Improving Access to Oral Health Care for Vulnerable People Living in Canada,” was issued by the Canadian Academy of Health Sciences (CAHS) and released Saturday at the Canadian Association of Public Health Dentistry conference in Saskatoon.

The report follows three years of work by a multidisciplinary health-care panel tasked with probing access to oral health care in Canada.

Compared to the rest of the Canadian population, vulnerable groups are:

While a lack of insurance and concerns about high costs are major reasons why Canadians avoid the dentist, other barriers include a lack of transportation, patient fears, and an inability to navigate a system that includes services provided by multiple levels of government.

Dr. Paul Allison, chair of the faculty of dentistry at McGill University in Montreal and chair of the CAHS panel that issued the report, notes that between 70 and 75 per cent of the Canadian population can access quality dental care.

However, the remaining quarter have significant difficulty accessing any kind of care at all.

“With the approach that Canada has to looking after everybody in the community, we would say this is a big problem. Dental decay, gum disease, and dental pain are very common problems,” Allison told CTVNews.ca in a telephone interview earlier this week.

It’s “not fair” that so many Canadians must live in pain, which compromises their ability to work, go to school and even eat many foods, Allison said.

“We should as a population be saying ‘we need to do something about this.’” 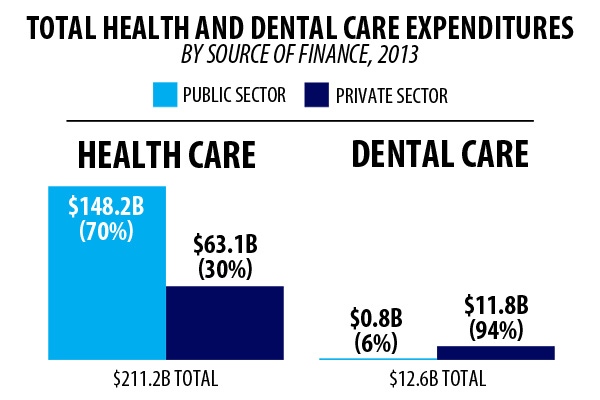 'Oral care just as important as your heart'

Because dental care is not included in the Canada Health Act, the vast majority of dental services in this country are paid for by private insurance or out-of-pocket.

Taxpayers cover some 70 per cent of health care costs to the tune of about $148 billion. Only about 6 per cent of dental care costs, about $800 million, are paid for with public funds.

According to 2011 data from the Canadian Institute for Health Information: 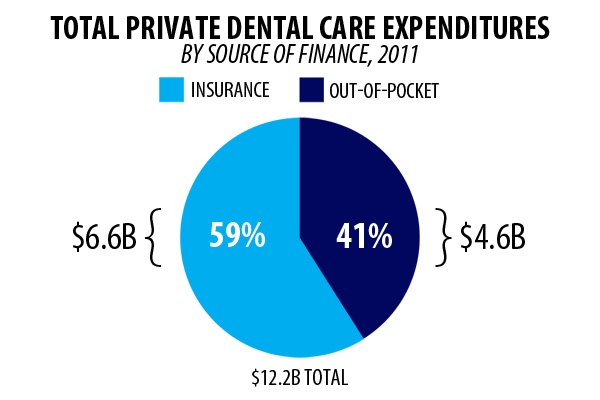 And according to the new 2014 report report, nearly 50 per cent of Canadians in the lowest-income bracket do not have dental insurance, compared to just under 20 per cent in the highest bracket.

“We have a system in Canada where we say if you’ve got a large wound on your arm, you can go to a doctor or go to the hospital and have it looked at and it will be free of charge for you,” Allison said.

But severe gum disease is akin to having a wound about the size of your arm, and patients either need private insurance or must pay out of pocket if they are to get the necessary treatment.

“So there’s a very iniquitous situation going on here that we need to accept,” Allison said.

During one visit to the ER, doctors gave RobinsonPercocet and sent her on her way. She missed school and work, and as her teeth continued to decay she started hiding her mouth when spoke or smiled. She works two jobs in the food-services industry, but one job does not have a health or dental plan, and she doesn’t qualify for the plan at the other.

Robinson finally got the dental work she needed last year at the Kingston Community Health Centre, which offers dental care to families in financial need.

Now she fears she won’t be able to pay for care for her daughter, who is showing symptoms of gum problems and tooth enamel deficiency.

“There needs to be some sort of health plan that includes oral health care, because oral health care is just as important as your heart,” she said. “With bad teeth and not being able to get them fixed, you can't eat the proper foods you need to eat, you're constantly in the hospital, constantly missing work or missing school."