Did your child's eyesight worsen during pandemic? Study says a special lens might help 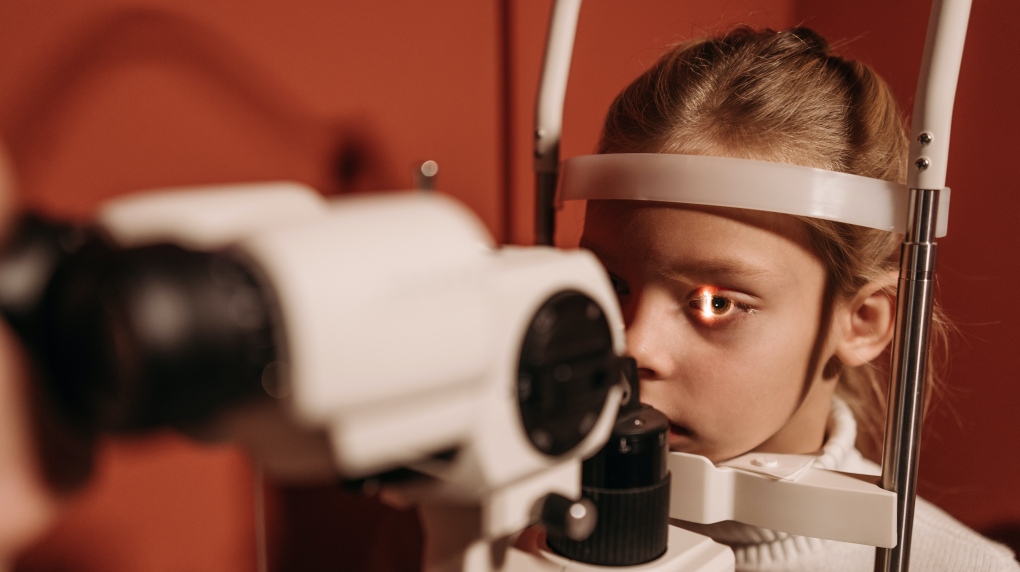 Photo by Pavel Danilyuk from Pexels

TORONTO -- Wearing a special type of lens helped slow the progression of near-sightedness in children during the COVID-19 pandemic lockdown, according to results of a new study.

The paper, published in JAMA Open Network on Friday, found that children’s eyesight worsened due to COVID-19 lockdowns but that optical defocus treatment helped slow the progression of myopia by 46 per cent. Axial elongation -- the eyeball lengthening that is a key cause for near-sightedness -- was reduced by 34 per cent compared with regular single vision lens treatment.

Defocus incorporated multiple segments (DIMS) lens were developed by researchers at the university’s School of Optometry and Hoya Vision Care, a Japanese company that manufactures optical products including eyeglasses and contact lenses. The corrective lens is made up of hundreds of small segments that each provide myopic defocus, but the structure of the lens allows the wearer to still see clearly. Previous research has shown that myopic optical defocus can help control the progress of near-sightedness.

Previous studies have also suggested a rise in myopia among children during COVID-19, likely due to more time looking at screens and less time spent outdoors because of lockdowns and virtual classes.

One study that looked at school-aged children in China, the first country to deal with mass school closures, found that the prevalence of myopia across each age group increased significantly in 2020 compared to previous years, particularly for those aged six to eight.

The JAMA study, believed to be the first of its kind conducted during the pandemic, compared the data from two studies involving 171 schoolchildren aged seven to 13. One involved 115 participants who wore DIMS lens for their near-sightedness for 18 months and the other involved 56 participants who wore single vision lens for 24 months.

The participants underwent scheduled eye examinations at the Hong Kong Polytechnic University’s Optometry Research Clinic. In order to evaluate the impact of the lockdown, researchers analyzed results from visits after June 2019. In-person classes and activities were halted in Hong Kong in February 2020 and did not resume until May 2021.

Researchers said some of the study’s limitations include the difference in sample size and differences in the baseline characteristics of the two study groups. Those wearing the DIMS lens were younger and more nearsighted and had higher risk factors that can contribute to myopia, the scientists noted.

“The outcomes associated with lockdown severity were observed similarly in both groups, strongly suggesting that baseline population differences did not affect this outcome,” the paper said, adding that the results could help clinicians better manage near-sightedness in children, particularly during the pandemic.

An earlier version of the story incorrectly stated that 151 participants, instead of 115, were involved in one study.

Omicron could soon peak and hospitalizations may surge, Tam says

'It seemed like a safe plan': Canadians who tested positive for COVID-19 abroad say they're paying for it

'I don't know where she is': 7-year-old abducted by dad who doesn't want her vaccinated

The not-so-ugly truth about face masks and attractiveness

What's the difference between KN95 and KF94 masks?