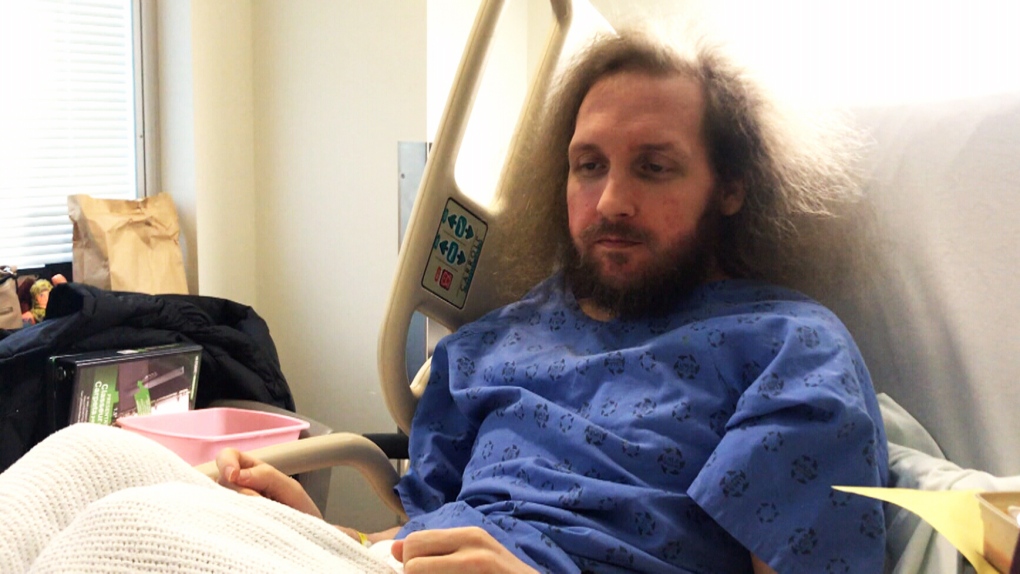 Foley, who suffers from an incurable neurological disease called cerebellar ataxia, recently filed a landmark lawsuit against a London hospital, several health agencies, the Ontario government and the federal government.

A lawyer representing a man who has been stuck in a London, Ont., hospital for two years is demanding that Canada’s justice minister halt all medically assisted deaths until legislation is changed to ensure that all necessary services to help patients live are provided first.

On behalf of his client Roger Foley, Ken Berger has sent a letter to Justice Minister Jody Wilson-Raybould, requesting the “immediate moratorium” and a public inquiry on all assisted deaths provided in the country so far.

“Persons suffering with severe disabilities require necessary health care, assistance and compassion,” Berger wrote. “These crucial services are not always provided at times of most need or in such a way that relieves suffering; instead, persons with disabilities are being assisted to their death rather than being assisted with life.”

Foley, who suffers from an incurable neurological disease called cerebellar ataxia, recently filed a landmark lawsuit against a London hospital, several health agencies, the Ontario government and the federal government. He alleges that health officials will not provide him with an assisted home care team of his choosing, instead offering, among other things, medically assisted death.

Foley said that although his disorder qualifies him for medically assisted death, he simply wants to live at home.

But according to his statement of claim, the only two options offered to him have been a “forced discharge” from the hospital “to work with contracted agencies that have failed him” or medically assisted death. Refusing to leave the hospital and unwilling to die by a doctor’s hand, Foley claims he has been threatened with a $1,800 per day hospital bill.

None of the claims in Foley’s lawsuit have been tested in court.

In an interview with CTVNews.ca, Berger said he believes that his client is not alone in his suffering and frustration.

“There are many individuals that are not being offered alternatives,” Berger said. “They are not being supported or not having the necessary services put in place in a way that relieves their suffering.”

In his letter to Wilson-Raybold, Berger said the government must ensure “all necessary health services are provided before persons are misled into premature and inappropriate deaths because of their belief that they are a burden to society with no alternative to death.”

Berger and Foley argue the current assisted death legislation violates the Charter’s right to “life, liberty and security of the person” when assisted death is offered before other care options.

A spokesperson for Wilson-Raybould said the federal government’s policy ensures safe and consistent access to medically assisted death for all Canadians, in accordance with all Charter rights.

“Our government passed legislation that provides a national framework for medically assisted dying that protects our most vulnerable,” David Taylor wrote in a statement to CTVNews.ca.

Trudo Lemmens, a professor and Scholl Chair in Health Law and Policy at the University of Toronto’s Faculty of Law, said Foley’s case should be taken seriously.

“We focus too much on stories of empowered people who want to use medically assisted death, often with the message that access should be easier,” he told CTVNews.ca in an email. “We rarely hear stories about (often unconscious) pressure and inappropriately conducted MAID (Medical Assistance in Dying), but that doesn’t mean this doesn’t happen.”

“People who are dead don’t complain,” he wrote.

Berger acknowledged there are some cases where even the best care would not improve a patient’s suffering, but argues the government must do what it can to determine if any other option would improve someone’s quality of life before they can choose to die.

“If everything fails, then there may be a few cases where it may well be constitutional to assist someone who is suffering with assisted death, but until you reach that stage you really need to provide all necessary services and assistance to help them with life first,” Berger said.