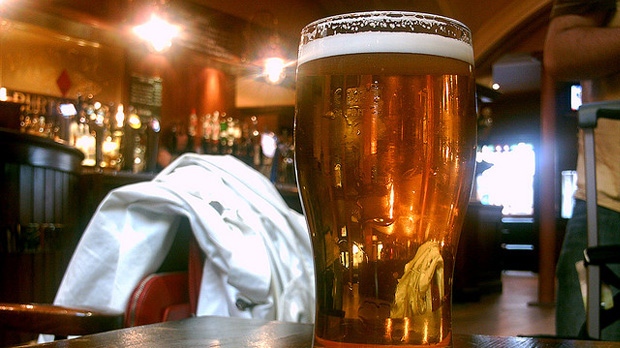 VANCOUVER -- Recovering alcoholics always hope they won't fall off the wagon, but researchers say they have now found a way to predict if that plunge will occur, and how bad the bender will be.

Observers at the University of British Columbia watched the body language of problem drinkers and found newly-sober drinkers who showed signs of shame were destined to hit the bottle again.

The study is the first to link physical signs of shame, such as slumped shoulders or narrow chests, to predictions of relapse in those who struggle with substance abuse.

UBC psychology Prof. Jessica Tracy says the amount of shame displayed is also directly tied to the number of drinks an alcoholic will have on that first binge after giving up sobriety.

Forty-six drinkers completed questionnaires about their physical and mental health while Tandy and a graduate student assessed their body language -- finding unconscious physical mannerisms are a powerful sign of future relapse, while written expressions of shame offer almost no clues.