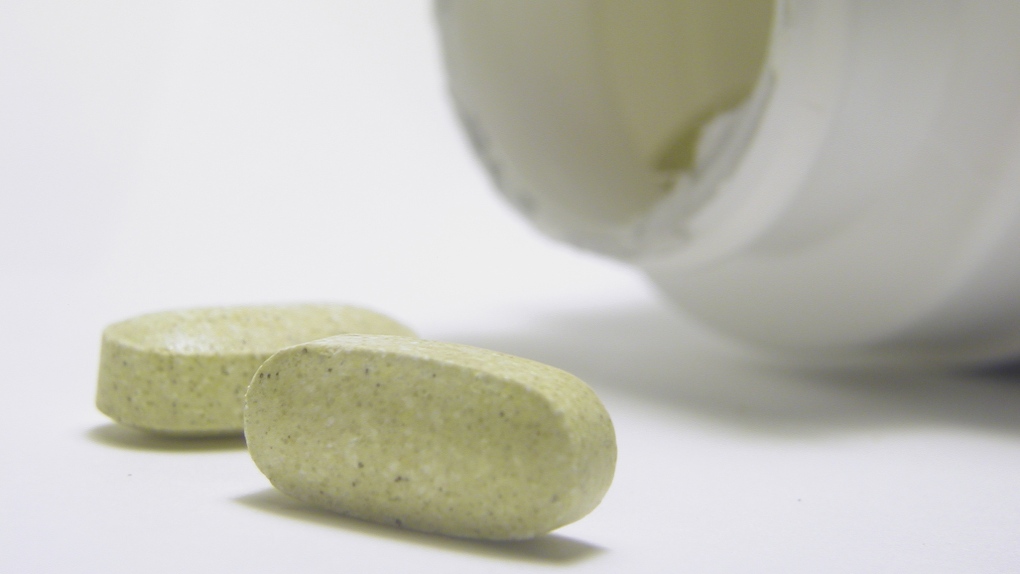 Supplements are seen in this undated file photo. A new study suggests Canadians are exposed to a large number of online ads for natural health products claiming to treat or cure cancer despite a total lack of scientific proof.

TORONTO -- Canadians are exposed to a “disturbingly large” number of online ads for natural health products claiming to treat or cure cancer despite a total lack of scientific proof, according to a watchdog group.

Bad Science Watch, an independent non-profit science advocacy organization, said it plans to send its detailed findings to Health Canada and is urging the federal government to do more to enforce its own advertising rules for natural health products.

“What we want to see is sound science-based policy, but we also need to see the enforcement of those policies and regulations because otherwise they don’t protect Canadians,” Bad Science Watch executive director Ryan Armstrong told CTVNews.ca in a phone interview on Wednesday.

The report analyzed 558 product pages for natural health products sold in Canada, such as herbal remedies and supplements. Of those, 113 web pages, or 20 per cent, made direct claims of treating or curing cancer, including descriptions of products as “anti-cancerous.”

Indirect claims, such as suggestions that scientific studies had uncovered “anti-cancer benefits” in connection with the product or its ingredients, were found on 166 of the web pages.

By law, those sorts of claims can only be made if a product has received approval from Health Canada. However, only 2.3 per cent of the claims analyzed by the group were authorized by Health Canada, according to the report.

Armstrong said the study proves that Canadians are being misled.

“It is essentially false information that can lead to people making health decisions that can lead to poor outcomes, additional costs in terms of time and money, as well as potential side-effects from products that ultimately may be useless and may even be harmful,” he said.

The danger of the ads’ unauthorized claims, according to the group, is that some Canadians with cancer may opt for unproven natural health solutions rather than science-based treatments.

“As previous studies have shown, patients who replace science-based treatments for cancer with natural health products are at a higher risk of dying from their illness,” the group said in its report.

Due to legal concerns, Bad Science Watch decided not to release the names of companies and products identified in their study. However, Armstrong said the organization will “certainly be passing along those details” to Health Canada.

The report also found that only 13 per cent of the product pages listed their Health Canada licence number, despite being required to do so.

The companies included in the report included online-only retailers as well as brick-and-mortar stores that sell products online. The web pages were collected in 2016 and analyzed by a team of 23 volunteers.

Social media pages were not part of the study.

Armstrong said the organization is not advocating for natural health products to be restricted or removed from the market. Instead, he says, the group simply wants the rules to be upheld.

“In this case, we’re simply asking for enforcement of marketing claims because Canadians are being marketed to deceptively,” he said.