Antidepressant and antipsychotic prescriptions up for Canadians under 18: study 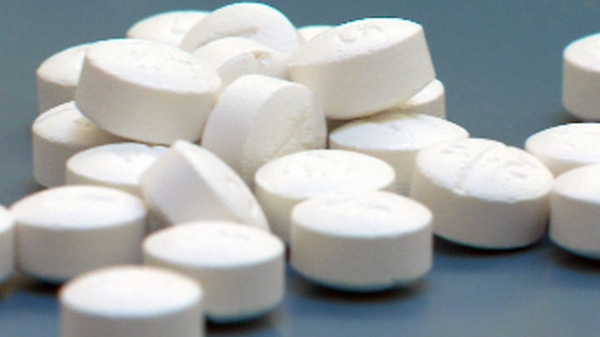 A new study found that prescriptions for antipsychotics and antidepressants in Canada have increased in youths under 18.(CTV)

A new study found that prescriptions for antipsychotics and antidepressants in Canada have increased in youths under 18.

Antipsychotics dispensing rates increased 33 per cent between 2010 and 2013, while antidepressant rates jumped 63 per cent in the same period.

It’s unclear what’s driving the increases nationally but the researchers suggest that the increase could be a sign of using drugs to control children’s behaviour.

“There are […] concerns antidepressants and antipsychotics have become the default for desperate parents who can’t get access to non-drug treatment. Medications alone are not the only treatment,” said the study’s lead author Dr. Mina Tadrous.

He added, however: “There might actually be people getting better access and doctors catching mental health problems earlier.”

The study, published in this month’s issue of the Canadian Journal of Psychiatry, is based on prescription counts which weren’t broken down by age.

Co-author Dr. Corine Carlisle, a child and adolescent psychiatrist at Toronto’s Centre for Addiction and Mental Health, points out that this doesn’t give us a lot of information.

“It doesn’t tell us how many tablets were dispensed at each time, how long the prescription was for or if each went to a different child,” she said.

Dr. Jana Davidson, psychiatrist-in-chief at BC Children’s Hospital, adds that it’s hard to tease out what the findings may mean, because the data also doesn’t include the diagnoses that resulted in the prescriptions.

However, Tadrous said a prescription count is often a “reasonable indicator of increased use.”

Overall, more than 5 million antidepressant prescriptions were dispensed to youth under 18 between 2010 and 2013. The national dispensing rate increased from 3.4 per cent to 5.5 per cent.

But Davidson points out that the current rate (5.5 per cent) is less than the prevalence rates (nine per cent) of depression and anxiety in children and youth in the general population.

There was a 1.5-fold difference between the lowest dispensing rate (B.C.) and the highest (Newfoundland).

Another 4.6 million antipsychotic prescriptions were dispensed over the study period, with a three-fold difference between the highest (Quebec) and lowest (Nova Scotia) dispensing provinces.

The majority of antidepressant prescriptions were for SSRIs, or selective serotonin reuptake inhibitors, a class considered the “first line” drug treatment for depression, anxiety and obsessive-compulsive disorders in children. However, the drugs can increase suicidal thinking in young people, and some studies suggest they are little better than a placebo in mild to moderate cases.

Meanwhile, antipsychotics are often prescribed for schizophrenia and bipolar disorder but can cause rapid and dramatic weight gain, as well as an increase in blood pressure, blood fats and other metabolic abnormalities.