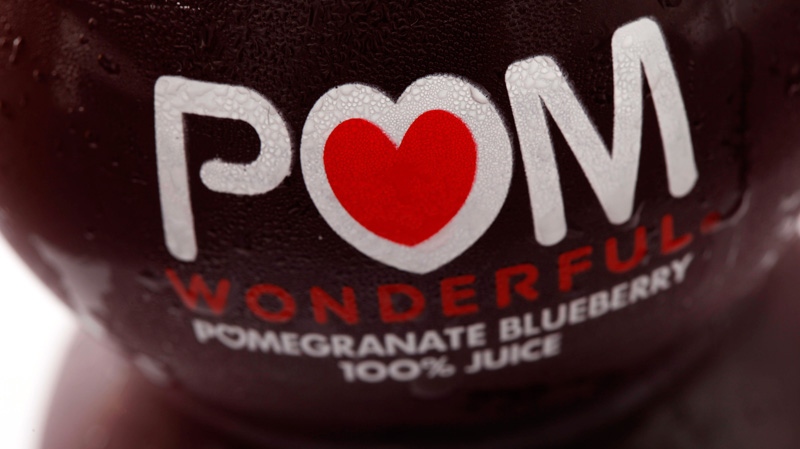 POM Wonderful, perhaps the best-known purveyor of pomegranate juice, has failed to prove that its tangy thirst-quencher can prevent or reduce the risk of heart disease, prostate cancer and erectile dysfunction, a U.S. judge says.

An administrative law judge for the U.S. Federal Trade Commission found that some, though not all, of the ads brought before the FTC would be "reasonably interpreted by consumers" to say that three POM products treat, prevent or reduce the risk of the three ailments, and that those claims had been proven by clinical research.

In a 300-plus page ruling issued May 17, judge D. Michael Chappell said when it comes to claims that a food or food-derived product treats, prevents or reduces the risk of disease, the claims should be supported by clinical studies, "although not necessarily double-blind, randomized, placebo-controlled clinical trials...".

The judge went on: "Notwithstanding the fact that double-blind, randomized, placebo-controlled clinical trials are not required to substantiate Respondents' implied claims for the POM Products, the evidence demonstrates that Respondents' substantiation was, nevertheless, inadequate."

Chappell found that because the company failed to adequately substantiate its claims, and because those claims were "material to consumers," the company was in violation of two sections of the FTC Act. Chappell ruled the company may not say that its products treat or prevent disease unless it "possessed and relied upon competent and reliable scientific evidence that is sufficient in quality and quantity based on standards generally accepted in the relevant scientific fields…".

The ads in question had claimed that eight ounces per day of POM Juice, one POMx pill or one teaspoon of POMx Liquid "prevents or reduces the risk of," or "treats" heart disease, prostate cancer or erectile dysfunction.

Despite the ruling, the company claimed a victory, saying it can still market the health benefits of its products without the need for more rigorous studies.

"While we are still analyzing the ruling, it is clear that we will be able to continue to promote the health benefits of our safe, food products without having our advertisements, marketing or public relations efforts preapproved by the FDA and without having to rely on double-blind, randomized, placebo-controlled studies, the standard required for pharmaceuticals," said POM Wonderful's chief legal officer, Craig Cooper. "We consider this not only to be a huge win for us, but for the natural food products industry."

The company also pointed out that more than 70 of the studies it has conducted on the health benefits of pomegranate and pomegranate juice have been published in peer-reviewed journals.

The ruling acknowledged that some of the company's research has found pomegranate juice and/or pomegranate extract may have a beneficial effect on prostate health and "erectile tissue physiology."

"The Judge found that among the ads challenged by the FTC, only a fraction of these could be construed as making implied claims that POM Juice or POMx treats, prevents or reduces the risk of disease," the company said in a statement. "Although we disagree with the finding that some of our ads were potentially misleading, Roll Global will make appropriate adjustments if necessary to prevent that impression in the future."

The ruling is the latest rebuke against health claims made by companies in the United States.

In April, Ferrero settled two class-action lawsuits filed by consumers who felt deceived by advertising that claimed Nutella was part of a nutritious breakfast. The company has agreed to a US$3 million payout, to change Nutella labelling and stop running the misleading ads on which the suit was based.

Last week, shoemaker Skechers settled a lawsuit to the tune of $40 million over claims some of its shoes help with weight loss and muscle toning.