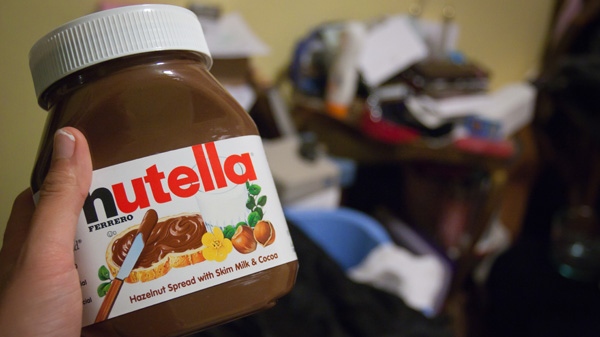 A mother in California who claimed she was shocked to find that Nutella is nowhere near as healthy as she had thought has come out the winner in a lawsuit against the maker of the sweet, cocoa-hazelnut spread.

Ferrero, the makers of Nutella, has decided to settle two class-action lawsuits filed last year by consumers who said they felt deceived by the brand's advertising.

Ferrero is settling the suits with a US$3 million payout. The money will be spread around (pun intended) to anyone who bought Nutella between August, 2009 and January, 2012. That works out to about $4 a jar – essentially the equivalent of a refund.

In addition to the payout, Ferrero has also promised to change its Nutella labelling and stop running the misleading ads in question.

San Diego mom, Athena Hohenberg, was the lead plaintiff in the case and alleged that Nutella's ads falsely led her to believe that the chocolate spread made for a nutritious breakfast for her children.

Hohenberg, claimed she was "shocked" when she learned that Nutella was really more the equivalent of a candy bar melted into a jar.

"Ms. Hohenberg was surprised and upset to learn that Nutella was in fact not a ‘healthy' ‘nutritious' food but instead a product with the nutritional properties of a candy bar, with very high levels of refined sugar and saturated fat," her complaint read.

"Had Ms. Hohenberg known the truth about Nutella's qualities, she would not have purchased it for her family."

She said she felt "betrayed" that the makers of Nutella misleadingly represented the spread as nutritious in their advertising, and failed to mention that most of the nutrition of the meals shown in their ads were from other foods in the pictures, such as the whole-wheat toast.

The lawsuit noted that the spread contains about 70 per cent saturated fat and processed sugar by weight, as well as partially hydrogenated vegetable oil and trans fat.

A two-tablespoon serving of Nutella contains 200 calories, 11 grams of fat, 3.5 of which are saturated and 21 grams of sugar. To put that into perspective, a typical chocolate and nut candy bar has 250 to 300 calories and 12 to 16 grams of fat.

As part of the settlement, the front label of Nutella jars will now include info on the fat, sugar and calories of the product. As well, the ads that bothered Hohenberg will be dropped and new ads created.