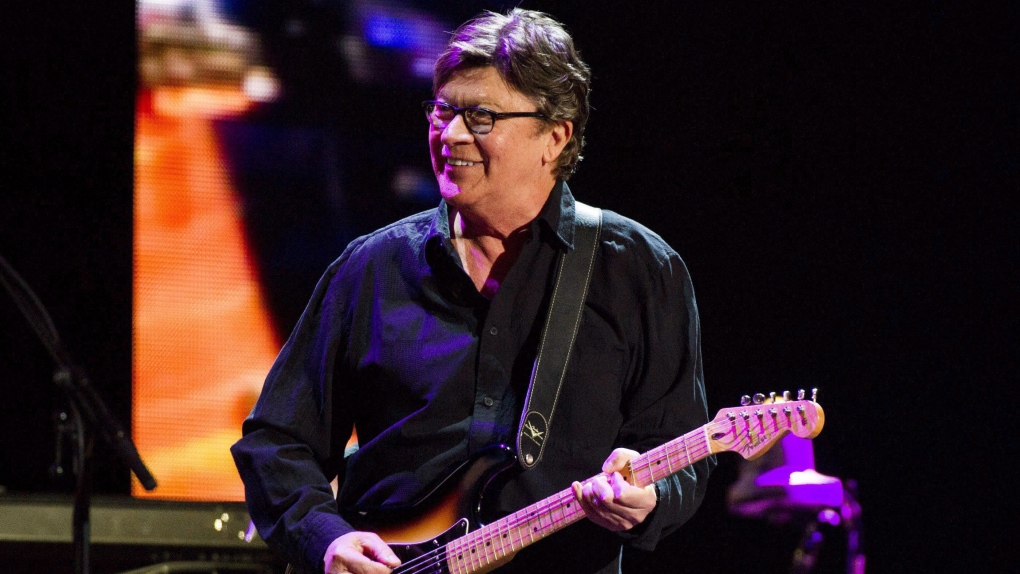 TORONTO -- This year's Toronto International Film Festival will kick off with a star-studded feature documentary about Canadian rock legend Robbie Robertson and the creation of The Band.

Organizers say "Once Were Brothers: Robbie Robertson and The Band" will make its world premiere as the opening night gala film at Roy Thomson Hall on Sept. 5.

This marks the first time TIFF is opening with a Canadian-made documentary, and the second year in a row it's kicking off with a film intended for a streaming service.

"Once Were Brothers" is a Crave original and will launch on the Bell Media streaming service later this year.

Executive produced by a team including Martin Scorsese, Brian Grazer, and Ron Howard, "Once Were Brothers" is described as a deeply personal story of how Robertson overcame adversity and founded his seminal 1970s group.

It's the first Canadian film to open TIFF in nine years, after 2010's "Score: A Hockey Musical."

The film includes rare archival footage and is inspired by "Testimony," the 2016 memoir from the guitarist and songwriter, who was born in Toronto and is also a producer and film composer.

In a statement, Robertson said he's "tremendously honoured" the film will be opening TIFF in his hometown.

Roher called the film "a remarkable reminder of how vision, ambition, and hard work can empower one's wildest dreams."

"Robbie took a chance on me, and I will be forever grateful that he rolled the dice on a kid from Toronto to helm his story," Roher said.

"Opening the Toronto International Film Festival is beyond some wildest dreams of my own and I am thankful for everyone who believed in me."

TIFF co-head and artistic director Cameron Bailey called the film "one of Toronto's great stories of a hometown hero."

And TIFF co-head and executive director Joana Vicente said audiences can expect some "very special guests" at the premiere.

TIFF will announce more galas and special presentations next Tuesday.