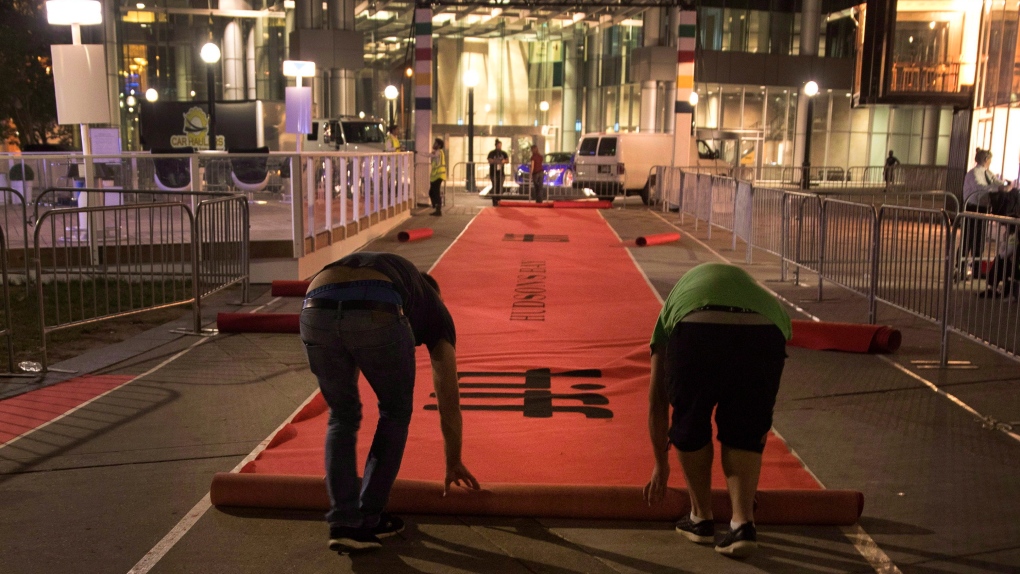 Workers roll up the red carpet the 2018 Toronto International Film Festival in Toronto on Saturday, September 15, 2018. THE CANADIAN PRESS/Fred Thornhill

TORONTO -- Organizers at the Toronto International Film Festival are shaking up the composition of the jury for the competitive Platform program.

The three-member panel, which traditionally was built with filmmakers of global renown, has broadened its scope to include more voices from the entertainment industry.

The change comes as TIFF organizers reduce the Platform best film prize amount to $20,000 from its previous $25,000 value.

TIFF artistic director and co-head Cameron Bailey says the juror changes mark a "natural progression" for the program, while fellow co-head Andrea Picard added that organizers expect the composition will "shift the focus of the jury discussions."

Now in its fifth year, the Platform program features up to 12 works that have high artistic merit and a strong directorial vision.

Past films which showed in the program include Barry Jenkins' "Moonlight," which won the best picture Oscar, and Karyn Kusama's "Destroyer," starring Nicole Kidman.

This year's Platform lineup will be announced in August.