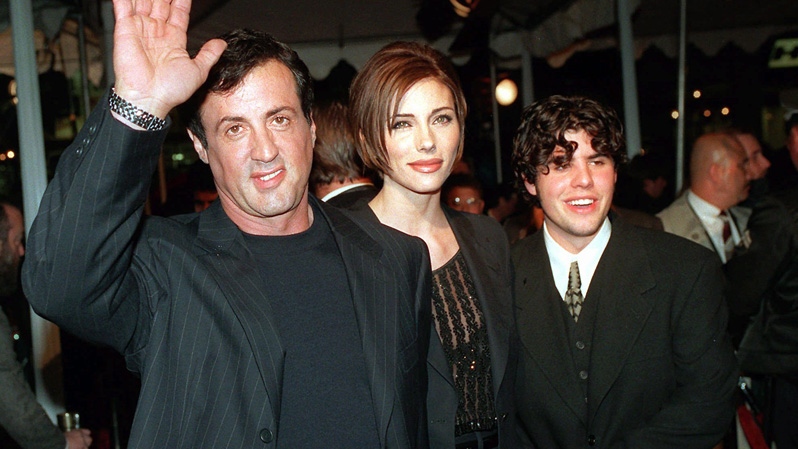 Sylvester Stallone led the mourners at his son Sage's funeral in Los Angeles on Saturday.

The 'Rocky' actor was among the many people who came to pay their respects to 36-year-old Sage during the service at St. Martin of Tours Catholic Church in Los Angeles.

Following the service, Sage's body was then driven to Westwood Village Memorial Park Cemetery in Los Angeles, where he was laid to rest.

Sage -- Sylvester's 36-year-old son from his first marriage to Sasha Czack -- was found unresponsive on July 13 at his Studio City apartment in Los Angeles.

An initial autopsy on Sage's body proved inconclusive and the cause of his death is not expected to be known for up to two months until the toxicology tests are completed.

He said: "When a parent loses a child there is no greater pain. Therefore I am imploring people to respect my talented son's memory and feel compassion for his loving mother Sasha."

He also "begged" for the memory and soul of Sage -- who played the actor's onscreen son in 1990 movie 'Rocky V' -- to be "left in peace" amid speculation of how he died.

He added: "This agonising loss will be felt for the rest of our lives. Sage was our first child and the centre of our universe and I am humbly begging for all to have my son's memory and soul left in peace."