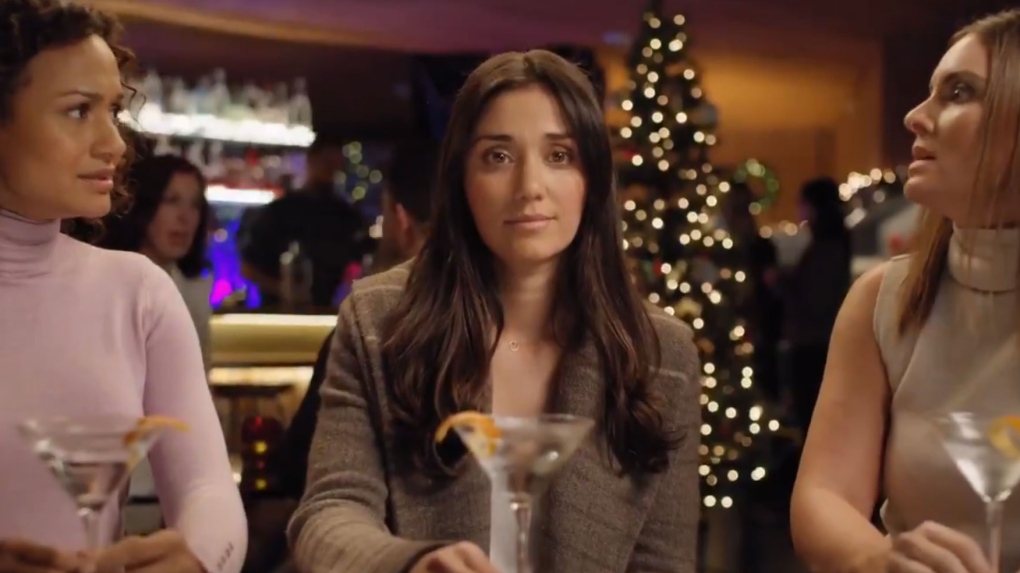 The actress featured in the Peloton commercial is the star of Ryan Reynolds' new gin ad.

TORONTO -- The actress in the now viral Peloton commercial has traded her exercise bike in for a martini in a new ad for Ryan Reynolds’ gin label.

Earlier this week, Peloton received backlash for creating an ad that was accused of being sexist and tone deaf. Many were quick to say it implied the man wanted his wife to lose weight.

The 30-second ad showed a man giving his wife a stationary exercise bike for Christmas. The woman appears unsure and slightly scared throughout the majority of the ad where she documents her fitness routine. The couple is then seen curled up on the couch, watching her video blogs of her fitness journey.

The actress, now known as “Peloton wife,” is now featured in a new commercial for Reynolds’ company, Aviation Gin. This time, she’s sitting in the middle of two friends with that same frightened expression.

“You’re safe here,” says one of the friends before the three of them cheers to “new beginnings.” The actress then chugs her gin martini as her friends sip on theirs. As the camera switches to a shot of the gin bottle, one of the friends says, “You look great by the way!”

While the ad doesn’t directly reference the Peloton commercial, Reynolds couldn’t help but mention it on his Twitter. He posted the gin commercial Friday night, with the caption: “exercise bike not included.”