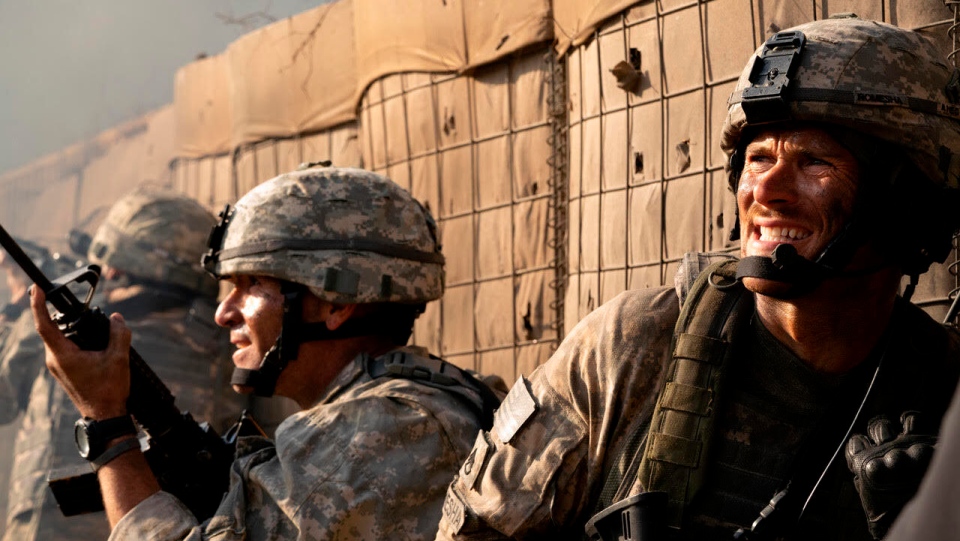 The Battle of Kamdesh was a bloody 2009 confrontation that saw 400 Taliban fighters attack Combat Outpost Keating in Afghanistan, a station manned by 53 American soldiers and just days before it was to be shut down.

“The Outpost,” a new film starring Scott Eastwood and Orlando Bloom and new to VOD, recreates the attack in gut-wrenching detail.

Based on the bestselling “The Outpost: An Untold Story of American Valor” by CNN’s chief Washington correspondent Jake Tapper, the movie focuses on Bravo Troop 3-61 CAV, soldiers working from a base camp situated at the bottom of three mountains. Nestled in a deep valley, the camp’s location is difficult to defend, allowing the Taliban to position themselves as to pick off the soldiers below.

The film’s first hour hints at what is to come.

Like many war movies before it, “The Outpost” uses this time to get to know the men, Staff Sergeant Clint Romesha (Eastwood, ironically playing a character named Clint), Captain Ben Keating (Orlando), Specialist Ty Carter (Caleb Landry Jones), CPT Robert Yllescas, (Milo Gibson), and Daniel Rodriguez, a veteran of the battle who plays himself in the film.

Between bouts of enemy fire we learn of their hopes, ambitions and thoughts of home. Its brotherhood building that, in terms of the drama, really pays off in the last hour when we see how the bond between the soldiers comes into play during battle.

Director Rod Lurie, a West Point alum, class of 1984, with four years of military service, has made a you-are-there film. He immerses the viewer in the details, the lives, sacrifices and, ultimately the skill-under-pressure of these men as bullets and bombs fly.

The battle scene is ferocious, tour de force filmmaking, creating an atmosphere of bombast while never losing the connection between the men that will make the difference between life and death. But it is still a study in the importance of working as a unit as Lurie emphasizes the camaraderie as much as the action during the twelve-hour, close contact gun fight.

The performances are uniformly effective but it is Jones who stands apart as Specialist Ty Carter, a Medal of Honor winner, who fights through his fear to do his job.

“The Outpost” has all the earmarks of a war film, the action, the brotherhood, but it isn’t a recruitment film. It is respectful of the soldiers, their duty and courage, but critical of a government who knew Combat Outpost Keating was a sitting duck and did nothing to remedy the situation. As a stark comment on the cost of war it is a powerful and award-worthy effort. 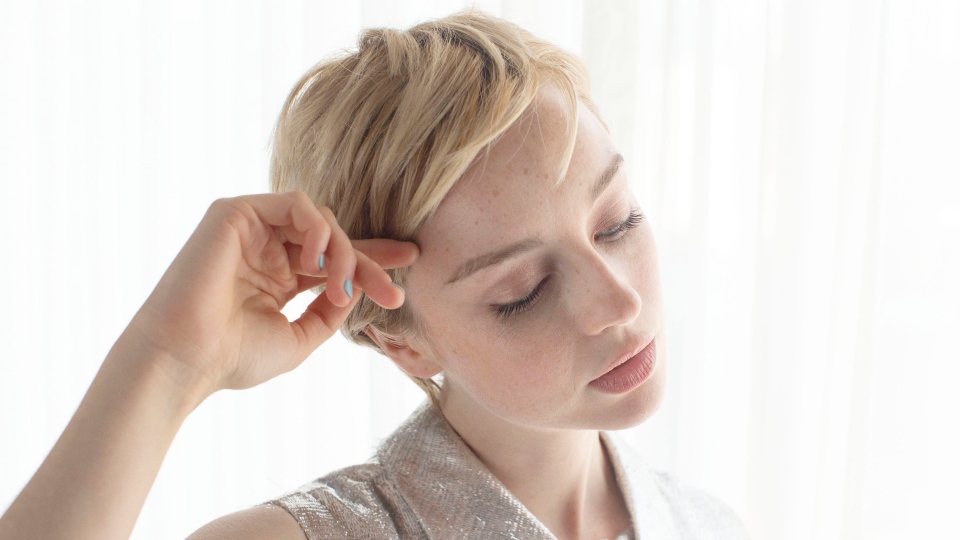 “White Lie,” a new drama now on VOD, is a study in the lengths a person will go to find attention, sympathy and yes, even money, on social media.

Set in Hamilton, Ontario, the story focuses on Katie (Kacey Rohl), a university student diagnosed with terminal melanoma skin cancer. Trouble is, she isn’t sick. To create the illusion, she shaves her head, pretends to go to chemo treatments and takes pills that make her look unwell.

Her make-believe condition has made her a semi-celebrity on campus and the recipient of funds raised by the #Fight4Katie campaign, money that she uses to pay a doctor to fake medical records. "Make something up,” she says. “Whatever you write is what I have.”

Her girlfriend Jennifer (Amber Anderson) is a staunch supporter who really thinks Katie is sick. But not everyone does. Her own father (Martin Donovan) doesn’t believe she’s ill, and fears she is repeating behaviour from her youth. When her mother killed herself, Katie faked an illness to excuse herself from school. Now, tired of her constant requests for money, he goes public with his fears, exposing Katie as a fraud on the event page for her fundraiser.

“She is faking cancer,” he writes. “The money she is raising is for herself and not for charity.”

Will she own up to her scam or will she continue to deceive everyone around her?

“White Lie” is a fascinating study in deception. While we never learn exactly what motivates Katie, writer-director duo Calvin Thomas and Yonah Lewis weave a convincing tale of the seduction of presenting a life on social media that fits a concocted narrative. In Katie’s case it’s an extreme manipulation of the truth, the cousin of the curated Instagram life style posts millions of people post every day.

The film’s most impressive feat is in its treatment of Katie. She is, by all standards, duplicitous and manipulative, and yet Rohl’s sensitive performance humanizes the Machiavellian character without ever cutting her any slack. When Katie’s fears and past trauma are laid bare it reveals the possibility that she is driven by a force that she doesn’t completely understand.

It doesn’t excuse her behaviour but it creates that psychological push and pull between disgust and empathy that keeps “White Lie” compelling. 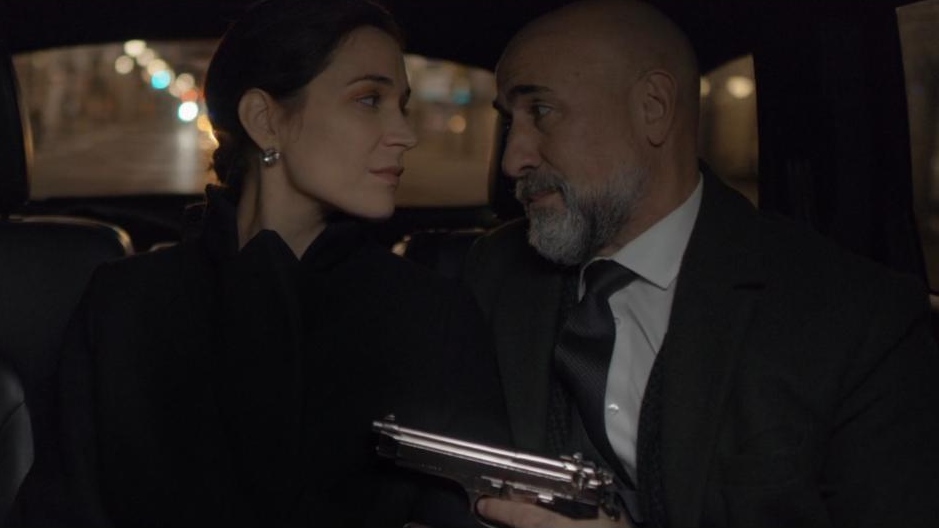 “A Perfect Plan” is a new crime drama starring William Forsythe but it feels like something we’ve seen before, as though it was Frankensteined together from other movies.

“You have to appreciate the humour of the situation,” Grayson says. “Four thieves, locked up, and we haven’t even committed a crime yet.”

It soon becomes clear that they are the pawns of Theo (Carlo Rota), the orchestrator of the situation who watches them on closed circuit cameras. The four strangers eventually figure out their mission, plan a perfect crime in just six hours or get blown to smithereens. “I don’t trust you,” Grayson says, “after all, we’re all criminals.” If they are to survive, they must combine their collective wits and abilities and work together.

There is little about “A Perfect Plan” that doesn’t bring on a sense of déjà vu. The dialogue is torn from the “Tough Guy’s Compendium of Sayings and Slang” and we’ve seen random groups of misfits in more movies than I can count. Ditto the time limit device. Even the title is recycled from a Diane Kruger movie but in its own modest way the film is a kind of comfort food. Nothing challenging or memorable, but it gets the job done.

HELMUT NEWTON: THE BAD AND THE BEAUTIFUL: 3 STARS

Helmut Newton, the provocative photographer and subject of the documentary “Helmut Newton: The Bad and The Beautiful” now on virtual cinema, often said that there are “only two dirty words”: “art” and “good taste.” The sentiment rings true in context of his work and that his word count is off is also telling; he was a provocateur, but a playful one.

Newton, whose nudes make up a vast portion of this doc, called himself a “professional voyeur,” someone interested in the surface, his model’s bodies.

How can you photograph a soul, he asks? His subjects, the women who fell under his male gaze for decades, have answers. Bold faced names like Isabella Rossellini, Grace Jones, Claudia Schiffer and Marianne Faithfull among others, sing his praises, most describing the liberating effects of standing in front of his camera.

His love—or is it obsession?—of the female form is roundly applauded in the film, as it was during his career, but in the #MeToo era photos of naked women with their faces obscured or reduced to an assortment of body parts, or wrapped in chains, don’t sit as well as they once did.

Of all the famous women in the film only Susan Sonntag, appearing on a French language panel show with Newton, addresses the negative undertones of his work.

Director Gero von Boehm assembles archival footage, new interviews and lots and lots of Newton’s nudes to illuminate the life and influences of the man who signed off letters with the inscription, Your Naughty Boy. It moves along quickly, painting a picture of a charming eccentric consumed by his work.

There is nothing terribly revealing (other than the photos), just hagiographic stories about working with the man on set. Some are funny—“Helmut loved chickens. He loved to photograph chickens,” Is the lead in for a story about the famous photog snapping pictures of a chicken in high heels for Vogue.—but most settle for talking about what a pleasure it was to work with the man.

More interesting is a look back at his influences. As a German of Jewish descent, he and his family fled Berlin in 1938, but not before he had soaked up some very specific influences. German Expressionism gave him the idea of photography as an outlet for expressing his inner ideas while Nazi sympathizer Leni Riefenstahl’s films like “The Triumph of the Will” influenced his use of what he thought of as idealized human forms.

This is as close as the film gets to digging deep or placing Newton’s work in any sort of social context.

“Helmut Newton: The Bad and The Beautiful” is a snapshot in time at one of the people who helped define the high-fashion look of an era. That it doesn’t dwell on the art or its ramifications is something Newton may have liked, but the lack of social context leaves the documentary lacking.