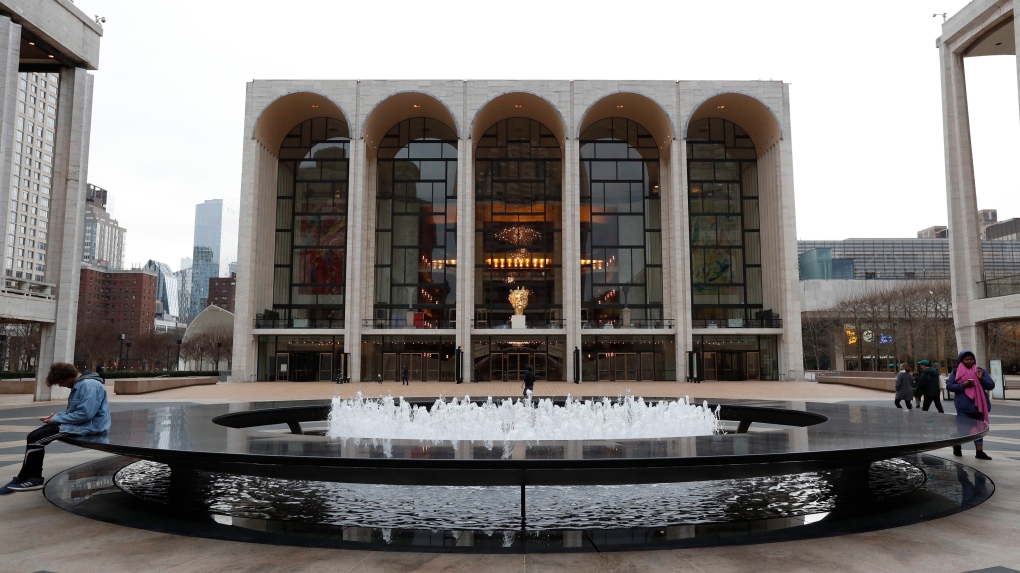 NEW YORK -- The Metropolitan Opera will skip an entire season for the first time in its nearly 140-year history and intends to return from the pandemic layoff next September with the company's first presentation of a Black composer, Terence Blanchard's "Fire Shut Up in My Bones."

This season was to have started this week, but the company announced June 1 it had pushed back opening night until Dec. 31. In all, 218 performances of 23 operas were lost, raising total cancellations to 276 since the 2019-20 season was cut short by the novel coronavirus on March 12. The orchestra's international tour next June also was wiped out.

Met General Manager Peter Gelb said additional losses projected at US$54 million raise the total for the company to $154 million since the pandemic started. "I think that all of the performing arts in New York are in the same boat," he said.

"In the midst of this pause, we've had tragedies, not only with the COVID deaths but obviously with the police brutality and everything that's been going on, and it's given us time to sit back and reflect," the 62-year-old Blanchard said Tuesday from his childhood home in New Orleans. "And a lot of people are starting to really come to terms with issues that they're avoided or issues that they don't have time to deal with. A lot of people are really starting to open their eyes to some things.

"This is a telling moment in our country when we have all of these institutions that are trying to create awareness and trying to move the needle, and it's really going to come down, obviously, to legislation and see what happens there."

The Met will also present three new contemporary works in a season for the first time since 1928-29, including Matthew Aucoin's "Eurydice," which debuted at the LA Opera last February; and Brett Dean's "Hamlet," which premiered at Britain's Glyndebourne Festival in June 2017.

"Fire Shut Up in My Bones" features a libretto by Kasi Lemmons based on a memoir of The New York Times columnist Charles Blow that includes themes of molestation and sexual identify.

"Fire Shut Up in My Bones" stars Angel Blue, Latonia Moore and Will Liverman and be conducted by Yannick Nezet-Seguin, who was to have started his first fully scheduled season as Met music director in 2020-21. James Robinson and Camille A. Brown direct.

"The earliest we thought we could schedule it was in the 23-24 season," Gelb said. "Given the huge upheaval and social change that is taking place in America right now, it seemed wholly appropriate that when we come back after missing an entire season we should open with this opera."

The Met also added three Black composers, Valerie Coleman, Jessie Montgomery and Joel Thompson, to its commissioning program with Lincoln Center Theater and hired Rashid Johnson, a Black American visual artist, to create large-scale artworks for display inside the house during the 2021-22 season.

Tickets for 2021-22 will go on sale Oct. 12 and Gelb hopes people will role over their tickets from 2020-21 rather than seek refunds. He also hopes for early negotiations to revise contracts that expire next summer with The American Guild of Musical Artists, which represents the chorus, and Local 802 of the American Federation of Musicians, which represents the orchestra.

The Met intends to shorten some of its presentations when it returns and start more performances at 7 p.m.

"We can't resume performing until the pandemic is over with a vaccine that's widely available and herd immunity having been achieved, and even then the audience is going to return slowly," Gelb said. "One of the things that we have to mind going forward is a way with our unionized employees, new economic arrangements that the company can afford going forward."