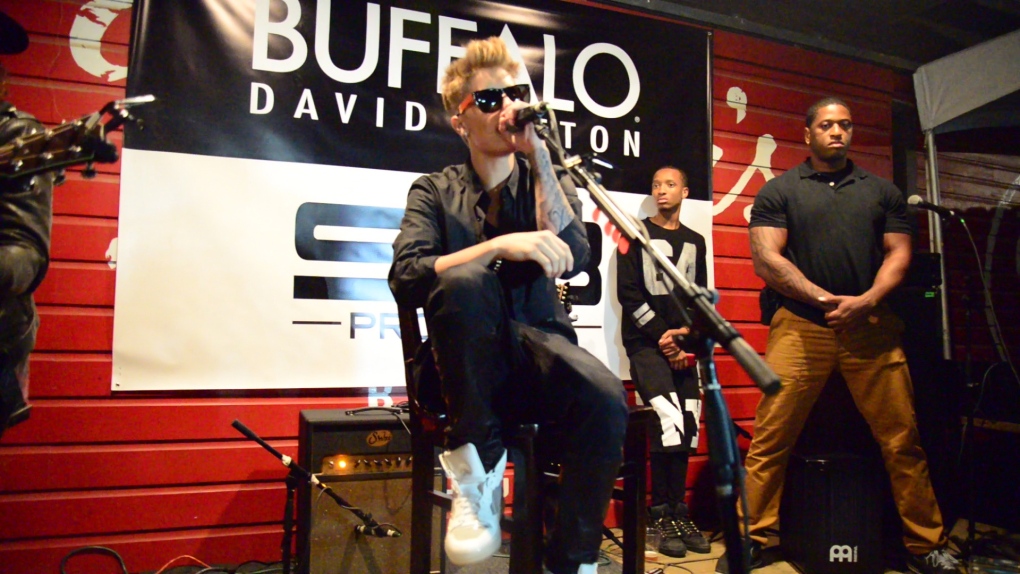 Justin Bieber performs at the "Sunday Funday Showcase" at South By SouthWest in Austin, Texas on March 9, 2014. (Provided/Op and Buffalo David Bitton)

Justin Bieber dedicated a song to Selena Gomez during a surprise performance in Texas yesterday.

The 20-year-old singer turned up at the Banger's Sausage House and Beer Garden in Austin last night for the South by Southwest festival, and sang his hit 'As Long As You Love Me' for his "baby".

The 'Boyfriend' hitmaker told his fans before belting out lyrics to the catchy track, 'This next song goes out to my baby,' as he stared at the 21-year-old singer, who was standing in the wings.

After Justin's romantic gesture, the pair -- who have been dating on/off since 2010 -- reportedly hung out together in the beer hall for an hour after everyone left the venue.

A source told Us Magazine: "Justin and Selena were together the whole time. Sitting together, hanging out, and very friendly together."

The duo, who split up earlier this year, have sparked rumours they have rekindled their romance recently after they were spotted enjoying a romantic dinner in Texas last weekend.

However, Selena's parents are reportedly against the pair reconciling as they believe Justin, who has had a number of run-ins with the law recently, is responsible for driving Selena to rehab earlier this year.

Selena was admitted to Dawn at The Meadows recovery centre in Arizona on January 5, and spent two weeks at the facility, which treats people aged 18 to 26 years old who are "struggling with emotional trauma, addiction or dual diagnosis concerns."