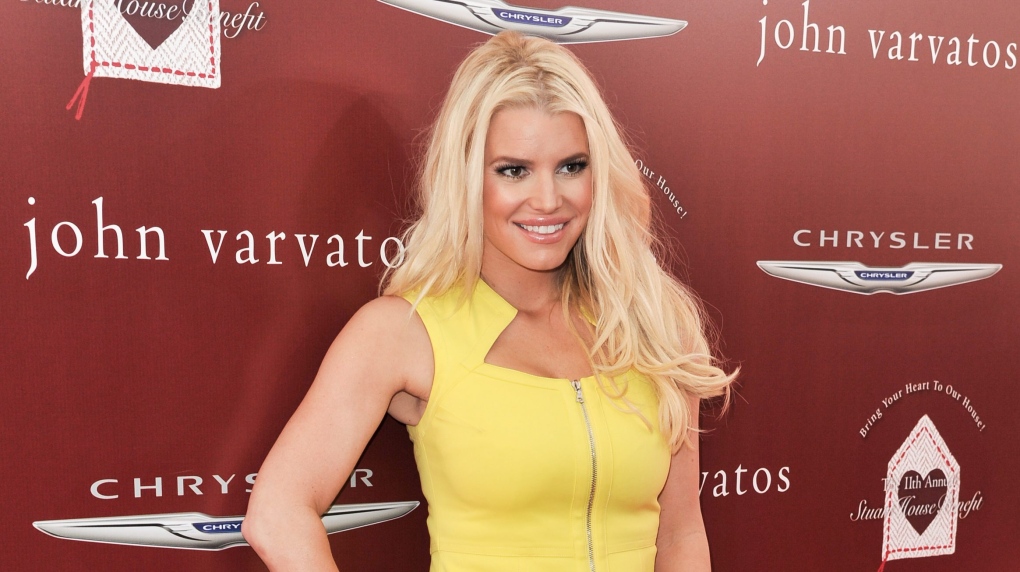 Jessica Simpson has written a memoir titled "Open Book," in which she reveals a struggle with alcohol and pills that led her to believe she was killing herself.

Excerpted in this week's People magazine, Simpson says in the book she began self-medicating with alcohol and pills after dealing with the pain of being sexually abused as a young girl. Career pressures added to the stress, which led her to tell a doctor she was in trouble.

"I was killing myself with all the drinking and pills," she writes, adding that she got sober in November 2017 and hasn't had a drink since. "Giving up the alcohol was easy. I was mad at that bottle. At how it allowed me to stay complacent and numb."

She writes about going to therapy and allowing herself to talk about her childhood traumas.

When she was 6 years old, Simpson writes, "I shared a bed with the daughter of a family friend. It would start with tickling my back and then go into things that were extremely uncomfortable."

"I wanted to tell my parents," she continues. "I was the victim but somehow I felt in the wrong."

She eventually told her parents, Tina and Joe Simpson, when she was 12 years old. Her mother slapped her father's arm and yelled, "I told you something was happening," Simpson reveals

"Dad kept his eye on the road and said nothing," Simpson writes. "We never stayed at my parents' friends house again but we also didn't talk about what I had said."

Fame followed, with a singing career and the reality tv show Newlyweds, which documented her three-year marriage to Nick Lachey. Then came her now billion-dollar clothing line, the Jessica Simpson Collection.

But she hid the truth from fans.

Simpson reveals she hit bottom after a Halloween party at her home in 2017. She told friends, "I need to stop. Something's got to stop. And if it's the alcohol that's doing this, and making things worse, then I quit."

Simpson now has the support of her parents and help from a team of doctors and twice weekly therapy. She has been happily married to Eric Johnson since 2014, now parents to three young children.

"When I finally said I needed help, it was like I was that little girl that found her calling again in life," she says. "I found direction and that was to walk straight ahead with no fear. Honesty is hard but it's the most rewarding thing we have. And getting to the other side of fear is beautiful."

Simpson is also releasing six new songs that tell her story to go along with the book.