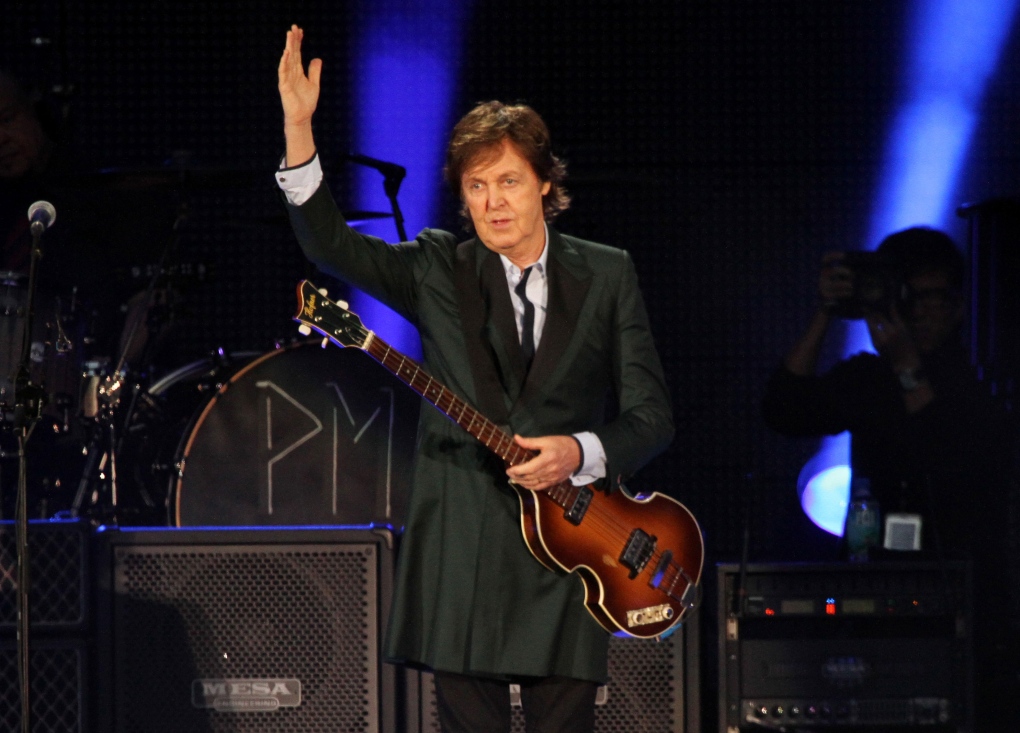 TORONTO -- Music producer James Teej never expected Paul McCartney would give his stamp of approval to a dark remix of one of his songs.

And he certainly didn't think his collaboration would take him to the Grammy Awards either.

On Sunday, the musician will be in the running for best remixed recording alongside German producer Timo Maas for their update of "Nineteen Hundred and Eighty Five." Their version takes the song from McCartney and Wings' 1973 album "Band on the Run" and reshapes it with a new edge.

"Quite frankly, doing an electronic remix of a rock 'n' roll song is pretty tricky," says Teej, who spent his childhood in Quebec and Alberta.

Unlike many remixes contracted out by record labels, Teej says this collaboration came out of a happy series of events that began while he was staying at Maas's European countryside home in 2015.

As they kicked back with glasses of wine and music samples, Teej -- whose real name is Thomas Mathers -- stepped outside for some fresh air. That's when he heard the unmistakable voice of McCartney playing over Maas's soundsystem.

Stunned at how his friend could've obtained isolated vocals of the former Beatle, he bolted inside to confirm his ears weren't fooling him.

Maas had been hanging onto multi-tracks from the original studio recordings for about six years. Unable to formulate a version that met his own expectations, he shelved the idea.

Both of them agreed it was time to take another run at the song, which McCartney recorded shortly after his departure from the Beatles in 1970.

"You could feel the rich history of what was going on in McCartney's life at the time," Teej says.

"There was an inherent quality to his vocal performance that was just unbelievable. We really wanted to try and reinterpret this in a way that was focused more on that emotion."

Using their own club sensibilities, Teej and Maas stripped away layers to find new sounds in the original recording. Notably cut is the song's trademark jaunty piano, while the bass guitar and drums are elevated. The changes help lift McCartney's vocals to a more prominent position in the mix.

Around the song's midpoint a sequence of digital beeps emerges, which eventually gives way to the pop of a vinyl record. Bounding towards the final stretch the crackles begin to match the beat as they drift into a harmonious vocal.

Pleased with their retooled version, the duo circulated the track to industry players who could get it into McCartney's hands. It didn't take long before word returned that he loved it.

"Obviously to get the green light from the man himself was ... the moment that validated a lot of the hard work," Teej said.

With his blessing, the producers ordered a limited pressing of 200 "white label" vinyls -- with no artist name, no record label credits, and just a hand-stamped image of McCartney's face and the song's title.

The mysterious release sold out almost instantly as rumours swirled about who was behind the track. Upon revealing their identities the song was pushed into a wider release.

Teej hopes the Grammy nomination will draw attention to other Canadian producers toiling away with little recognition.

"I've never really gotten much support from my country, which is a little bit of a hard pill to swallow sometimes," he says.

"It's unfortunate that people outside of (electronic music) aren't really aware of how much Canadian artists have contributed to the worldwide music scene."

Teej also hopes to finally meet McCartney either at the Grammys or in the near future.

"What I'm looking forward to at this point is having the opportunity to shake McCartney's hand," he says.

"And thank him for giving us the chance to let us rework a very important song from an important album."

The Grammys air Sunday on City and CBS.