'Game of Thrones' fan gets her dying wish 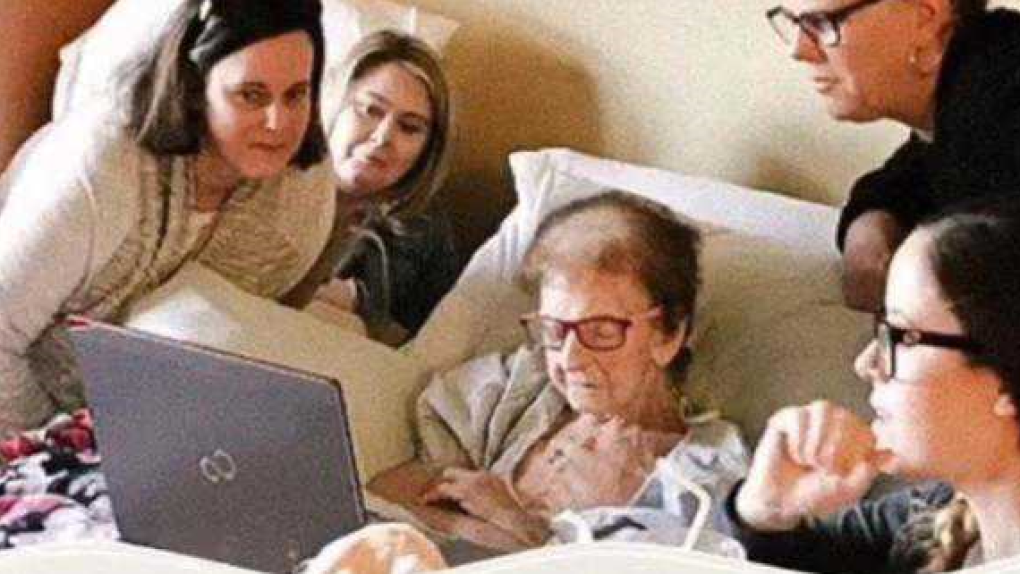 Claire Walton, a 88-year-old hospice patient from Rhode Island, passed away shortly after watching the latest episode of HBO’s “Game of Thrones.” (KCRA via Hopehealth)

The cast of “Game of Thrones” pulled out all the stops for one of their oldest fans.

Claire Walton, an 88-year-old hospice patient from Rhode Island, was one of the most loyal viewers of the HBO show, “Game of Thrones.”

Walton’s self-described “far-fetched” wish had long been to meet the cast of her favourite show, but she had recently decided just being able to watch the third episode of the last season would be a dream-come-true, according to WJAR.

So the personalized, heartfelt video messages she received from ten members of the cast were a big surprise.

Among those who reached out were the actors who play Ser Davos Seaworth, Syrio Forel, Kingsguard Ser Meryn Trant, Dothraki warrior Qhono and even a White Walker.

In his video, actor Liam Cunningham, who plays one of Jon Snow’s most trusted advisers, appears in regular clothing and not his usual garb typical of the fictional world of Westeros.

"How are you doing Claire? It's Liam here," he said in his selfie video. "I wish you the very best. I hope your days are not bad and I hope you can manage."

Actor Miltos Yerolemou, who plays the First Sword of Braavos and Arya Stark's “dance” teacher, shared his warm thoughts and hoped they would make Walton smile.

"I know you can't be here today, but I just wanted to say hello, and that you are with us in spirit and that we're thinking of you and sending you all our love," he said.

Even Ian Beattie, who plays “nasty old Ser Meryn Trant,” had a heartfelt message for Walton.

"I hope you have a wonderful, wonderful episode three, the ‘Battle of Winterfell,’" he said. "I hear it's going to be the best episode ever."

Because they weren’t wearing their Game of Thrones costumes, some of the actors were slightly less recognizable than the characters they play on the show.

And this was more apparent with actors such as Staz Nair, who plays the Khaleesi's bodyguard Qhono, and had a tough time describing his character.

“Imagine a beard. A beard, long hair and a horse," Nair said, laughing. "I just want to say thank you for watching. Thank you for being a fan. And I want to wish you a very smooth transition. I wish you all the best."