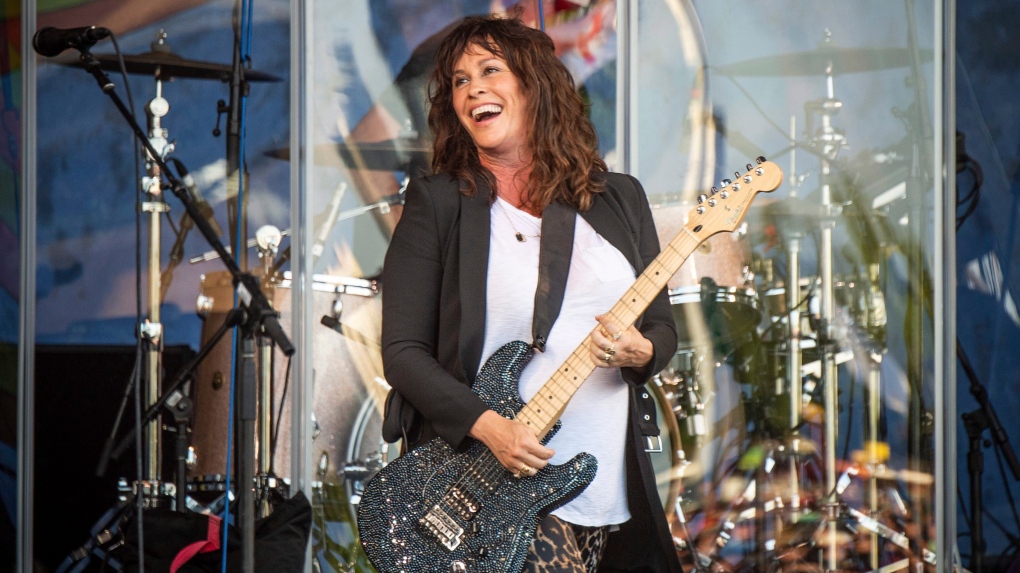 Alanis Morissette is getting a place in the Canadian Songwriters Hall of Fame.

Organizers have named the Ottawa-raised "Jagged Little Pill" singer-songwriter as the newest inductee, saying she will appear at Toronto's Massey Hall on Sept. 24.

Other honourees are also expected to make appearances, including Bryan Adams and Jim Vallance, who were announced as inductees in March. Additional 2022 inductees and performers will be announced in the coming months.

Tickets for the Canadian Songwriters Hall of Fame gala go on sale Friday at 10 a.m. ET through the Massey Hall website.

Morissette has been part of the Canadian music industry for more than three decades and has released nine studio albums, selling more than 60 million copies.

She began her career as a teen pop singer with the 1987 single "Fate Stay With Me," following it up with the 1991 album "Alanis," which helped her win her first Junos for most promising female vocalist as well as single of the year and best dance recording for the song "Too Hot."

Several years later, after moving to Los Angeles, she would re-emerge with an alternative-rock sound on her third studio album, "Jagged Little Pill," co-written with producer Glen Ballard and featuring the No. 1 singles "You Oughta Know," "Hand in my Pocket" and "Ironic."

The album would become the first to sell more than two million copies in Canada, a double-diamond certification status that is only held by one other Canadian artist -- Shania Twain.

This year, Morissette embarks on her postponed "Jagged Little Pill" anniversary tour with dates across North America and Europe.

She's also set the release of her first meditation album called "The Storm Before the Calm" on June 17.

This report by The Canadian Press was first published May 25, 2022.

This is a corrected story. A previous version said Alanis Morissette had been announced as a performer. In fact, organizers say she is scheduled only to be inducted.

Prime Minister Boris Johnson has agreed to resign, his office said Thursday, ending an unprecedented political crisis over his future that has paralyzed Britain's government.

'We are patriots': Ukrainians cling to life at front line against Russia

While towns and villages around the capital of Kyiv have begun to rebuild after the Russians withdrew months ago and world powers discuss long-term recovery, others in eastern Ukraine still cannot sleep soundly.