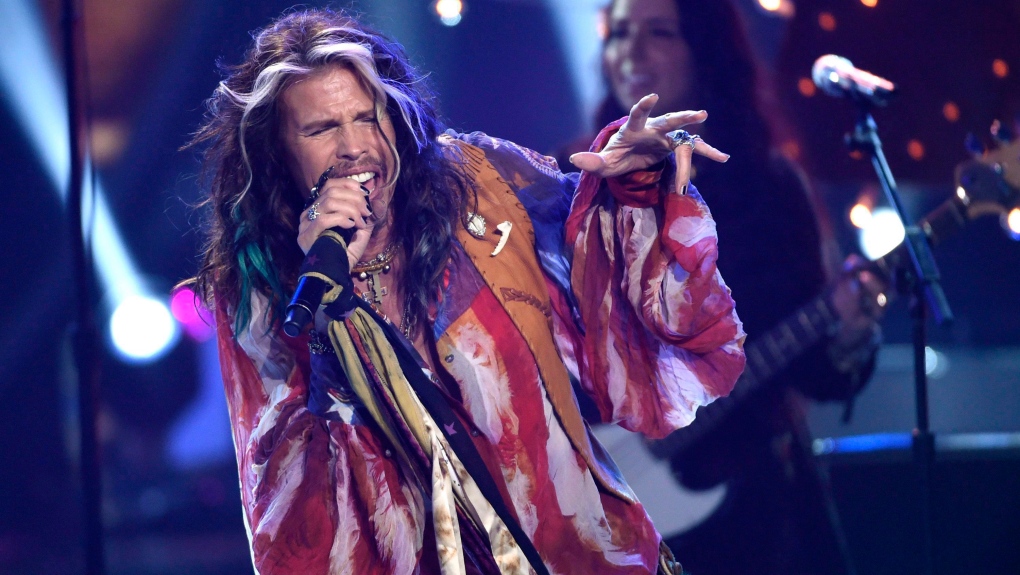 Steven Tyler performs at the American Idol XIV finale at the Dolby Theatre on Wednesday, May 13, 2015, in Los Angeles. THE CANADIAN PRESS/AP/Photo by Chris Pizzello/Invision/AP

Rock band Aerosmith cancelled the first two months of shows scheduled for its Las Vegas residency after lead singer Steven Tyler suffered a relapse in his sobriety and entered treatment, the band announced on Tuesday.

The group known for hits including "Dream On" and "Walk This Way" plans to take the stage at the Park MGM hotel starting in September, according to a statement posted on Twitter.

Thank you for your understanding and for your support for Steven during this time.

If you purchased your tickets via Ticketmaster, you will be refunded and will receive an email shortly with details, otherwise please contact your point of purchase for information on refunds. pic.twitter.com/1nuUc5Gj1j

Tyler, 74, has been open about past struggles with substance abuse, which had caused tension with his bandmates. In 2009, Tyler told People magazine he was receiving treatment for pain management and an addiction to prescription painkillers resulting from 10 years of performance injuries.

The band's statement on Tuesday said the singer had "worked on his sobriety for many years" but recently relapsed following foot surgery "and the necessity of pain management."

Tyler "voluntarily entered a treatment program to concentrate on his health and recovery," the statement said.

"We are devastated that we have inconvenienced so many of you," the band added. "Thank you for your understanding and for your support for Steven during this time."

First Nations art, from hand-carved masks to totem poles, draws on generations of tradition and skill and can take months to craft. But a flood of fakes and commercial knock-offs produced in Asia and eastern Europe are exploiting Indigenous culture, the artists say, and robbing them of revenue.