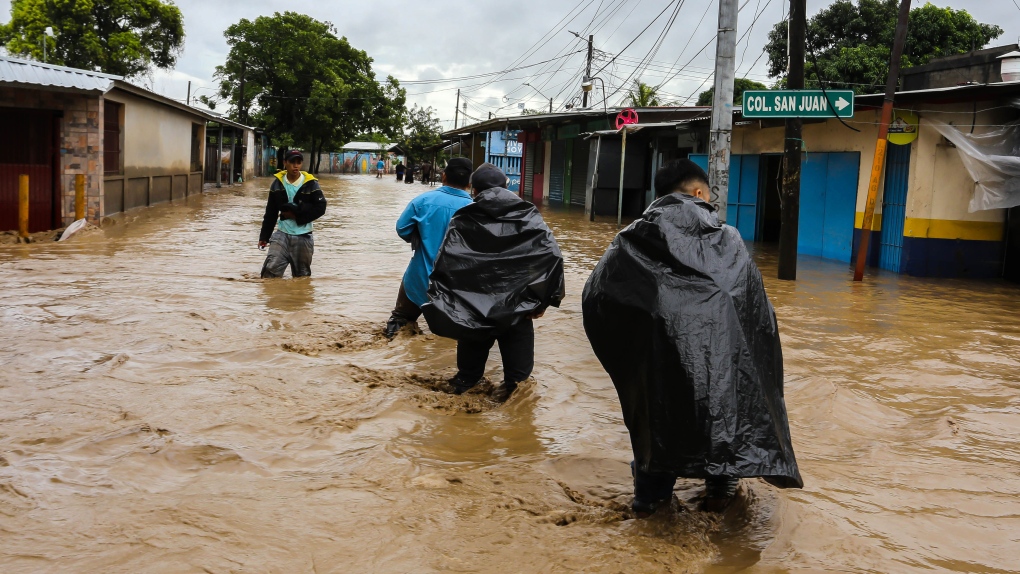 The world is on track for a "ghastly future," an international group of scientists has warned, with accelerating climate change and biodiversity loss threatening the survival of all of the planet's species unless world leaders face up to the challenge and act urgently.

As part of a bleak "prognosis," a team of 17 leading scientists on Wednesday cautioned that the future of the planet is "more dire and dangerous than is generally understood," and say they have conducted the assessment to clarify the seriousness of the situation the world faces.

Citing some 150 studies describing the world's environmental changes, the experts warn that world leaders need a "cold shower" wake-up call when it comes to the state of the planet, saying environmental conditions are "far more dangerous than currently believed" by civilians and scientists alike.

Daniel Blumstein, professor at the Institute of the Environment and Sustainability at the University of California, Los Angeles and one of the authors of the article, told CNN it was no exaggeration to talk about a potential risk to our civilization.

The time delays between ecological deterioration and its socioeconomic impacts mean people do not grasp the seriousness and timeliness of the problem, the report's authors said.

"The mainstream is having difficulty grasping the magnitude of this loss, despite the steady erosion of the fabric of human civilization," lead author Professor Corey Bradshaw, of Flinders University in Australia, said in a statement. "In fact, the scale of the threats to the biosphere and all its lifeforms is so great that it is difficult to grasp for even well-informed experts."

A GRAVE AND UNDERSTATED THREAT TO LIFE

Time and again, scientists, experts and environmentalists have warned that the earth has reached a crucial tipping point -- recent research from the World Wide Fund for Nature found the world's wildlife populations have fallen by an average of 68% in just over four decades, with human consumption behind the devastating decline.

We are in a sixth mass extinction, and humans are in the driving seat, having already wiped out hundreds of species and pushed many more to the brink of extinction through wildlife trade, pollution, habitat loss and the use of toxic substances.

In 2010, leaders from 196 countries gathered in Japan and agreed on a list of biodiversity targets designed to save the Earth -- but in September, 10 years later, a UN panel concluded that the world had collectively failed to fully achieve a single target.

UN experts have been clear: If we maintain our trajectory in the accelerating climate crisis, biodiversity will continue to deteriorate -- with devastating outcomes for the planet's animals, plants and people.

But the international experts warn that no leader or political system is prepared for the disasters associated with biodiversity loss, or capable of addressing the crisis.

"We've said for years 'we need to do this, that and the other thing,' we know what the problems are, we just choose not to make the changes," Blumstein said.

Eliminating fossil fuels, reining in corporate lobbying that influences policymaking and empowering women with access to education and reproductive control are among the steps necessary, he added.

"Stopping biodiversity loss is nowhere close to the top of any country's priorities, trailing far behind other concerns such as employment, healthcare, economic growth, or currency stability," Professor Paul Ehrlich of Stanford University, one of the study's authors, said.

"While it is positive news that President-elect Biden intends to reengage the U.S. in (the) Paris Climate accord within his first 100 days of office, it is a minuscule gesture given the scale of the challenge," he added.

Ehrlich is the author of "The Population Bomb," a controversial 1968 text that warned of overpopulation, predicting millions of people would starve to death.

He has since said that while many details and timings of events were wrong, the book was correct overall, telling the Guardian in 2018: "Population growth, along with over-consumption per capita, is driving civilisation over the edge: billions of people are now hungry or micronutrient malnourished, and climate disruption is killing people."

The scientists warn that world leaders must act to avoid a grim future while planning for impending changes the planet is set to face -- but hope is not lost.

Blumstein said he hoped the coronavirus pandemic could serve as a warning. "COVID, with all of the disruption that it has caused, is actually practice for the future," he said. "This could actually help us move toward unifying and working together. Scientists, remarkably, have worked together. it's the lack of effective world governance or even cooperation in many ways, when we see things breaking down."

In the report, published in the journal Frontiers in Conservation Science, the authors wrote: "Our goal is not to present a fatalist perspective, because there are many examples of successful interventions to prevent extinctions, restore ecosystems, and encourage more sustainable economic activity at both local and regional scales.

"Instead, we contend that only a realistic appreciation of the colossal challenges facing the international community might allow it to chart a less-ravaged future," the team added.

Still, they wrote, fundamental changes to global capitalism, education and equality are required to address the problem.