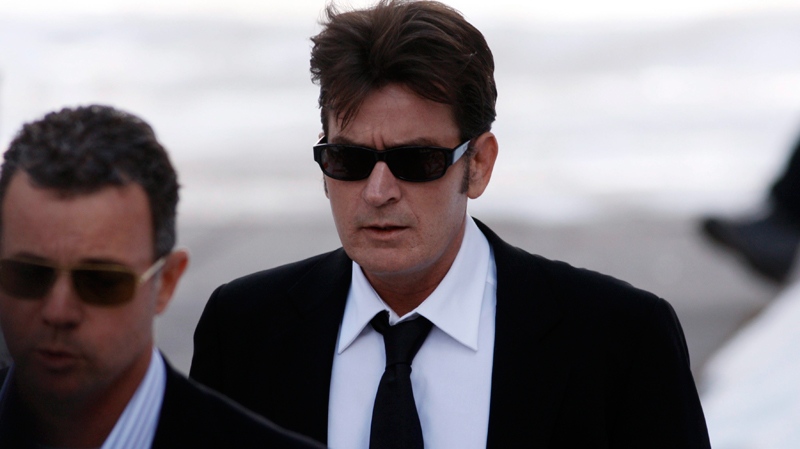 Charlie Sheen's family are considering applying for conservatorship of his estate after his most recent alcohol and cocaine binge landed him in hospital.

Although the 'Two and a Half Men' star has decided to put together a team of professionals to help him overcome his substance abuse problems, his father Martin Sheen and mother Janet Templeton are so worried about his behaviour they may apply for control of his personal affairs and vast estate.

A source told RadarOnline.com: "Charlie looks awful ... he is very, very depressed and feels like the world is going against him. Charlie's parents are discussing getting a conservatorship order.

"Martin and Janet know that it's highly unlikely their petition would be granted, but they are trying to do whatever possible to save Charlie's life."

Charlie's parents are also said to be worried about the effect the 45-year-old's partying is having on his body and are dismayed by his lack of concern for his health.

The source added: "Charlie is coughing a lot, and he doesn't seem to care what he is doing to his body ... Charlie truly thinks he is invincible, and that he can do as much drugs as possible with no ramifications."

Meanwhile, Charlie's assistant and 'Two and a Half' men producer Rick Calamaro -- who has been accused of "enabling" the star -- has declared he will do whatever it takes to get him back to work.

Rick said: "I'm going to do everything I can to help him with whatever and help get the show on. I just care about my boy."