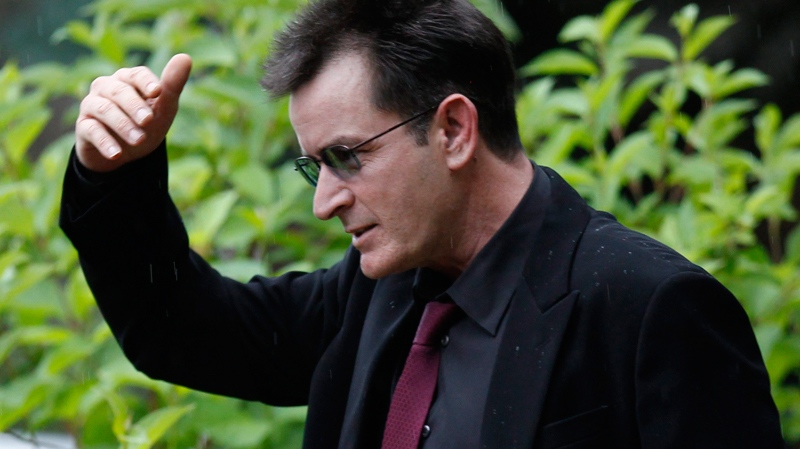 Charlie Sheen shields his face from the rain as he leaves the the Pitkin County Courthouse in Aspen, Colo., on Monday, Aug. 2, 2010. (AP / Ed Andrieski)

Publicist Stan Rosenfield says Sheen has had a history of hernia problems and that the unidentified woman who made the early morning 911 call on Sheen's behalf "said he had severe stomach pains and said it was from a hernia condition."

The 45-year-old actor was taken by ambulance to a Los Angeles hospital early Thursday morning.

Rosenfield had no information about Sheen's diagnosis.

The Emmy-nominated star of "Two and a Half Men" has been dogged by personal problems and apparent health issues. This is his third hospitalization in as many months. CBS entertainment president Nina Tassler said network officials "have a high level of concern" about his off-camera behaviour.