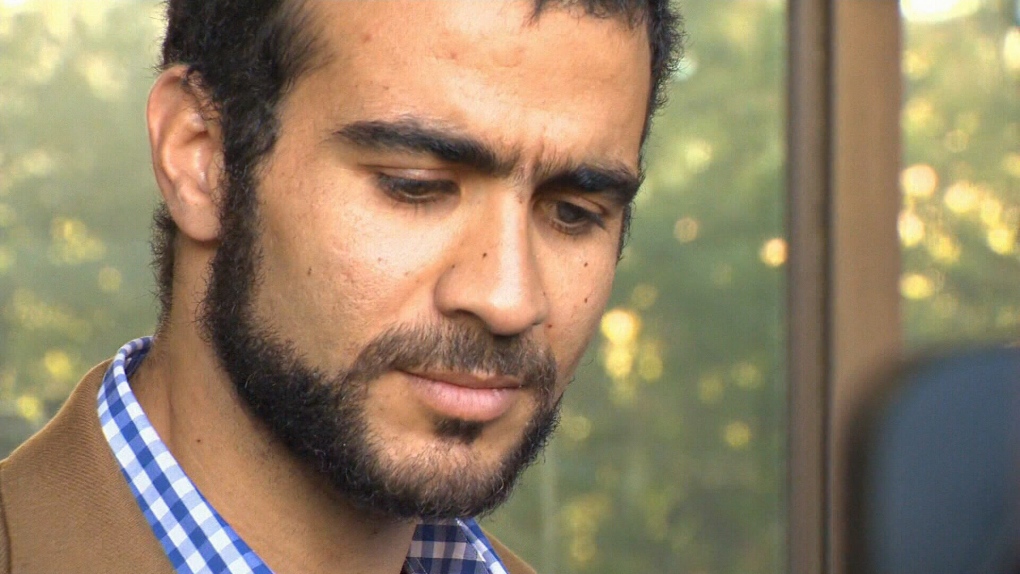 TORONTO -- An American military court has appointed three judges to hear Omar Khadr appeal his war-crimes convictions, signalling a possible end to a years-long delay in the Canadian's quest to clear his name.

The panel appointment comes just days after a civilian court ordered the U.S. government to respond to Khadr's latest plea to have his appeal heard.

Sam Morison, Khadr's American lawyer, said the Department of Defence has opposed having Khadr's case decided because it considers him a fugitive.

"It's just irrational. How can Khadr be a fugitive? They transferred him to Canada," Morison said on Wednesday from Virginia. "They know that their case is vulnerable (and) they're trying any way they can to avoid having to confront the merits of his appeal"

Since the Americans returned him to Canada in September 2012, the Toronto-born Khadr has been trying to clear his name. He filed an appeal of his convictions in November 2013.

American soldiers had captured Khadr as a badly wounded 15-year-old following a firefight in Afghanistan in July 2002 in which a U.S. special forces soldier was killed. He was moved to the notorious U.S. military facility at Guantanamo Bay within months.

In October 2010, Khadr pleaded guilty to five purported war crimes before a widely maligned U.S. military commission and was sentenced to eight more years in prison. He later said he pleaded guilty as his only way out of Guantanamo Bay.

Khadr's appeal argument -- with some support from U.S. courts -- is that the commission convicted him of offences that weren't crimes at the time he allegedly committed them. However, the U.S. Court of Military Commission Review that sits as a first appeal forum for commission verdicts has steadfastly refused to hear his case.

That precludes Khadr, who turned 33 last week, from taking his fight to a civilian appellate court where normal rules of evidence apply.

Last month, Khadr petitioned the U.S. Court of Appeals for the District of Columbia Circuit to force the military review court known as CMCR to hear his appeal.

"The CMCR has obdurately failed to exercise its affirmative statutory obligation to review the validity of his conviction," Morison states in the petition. "After nearly six years, the CMCR's continued foot-dragging amounts to little more than a pocket veto of Khadr's right to direct review, and this court's appellate jurisdiction."

On Friday, the D.C. Circuit Court gave the U.S. government 30 days to respond. However, the Court of Military Commission Review issued a terse order on Tuesday appointing William Pollard as presiding judge to hear the case along with Chief Judge Paulette Burton and Judge Jan Aldykiewicz.

The review court did not respond to a request for comment and it remained unclear when Khadr might finally get a hearing.

Khadr became a political flashpoint in July 2017, when the Canadian government paid him $10.5 million for violating his rights. The Supreme Court of Canada had previously ruled the government had failed him during his detention in Guantanamo Bay.

However, he remains a convicted war criminal. His conviction looms large in a civil suit by the widow of the American special forces soldier Khadr is alleged to have killed in Afghanistan and a former soldier blinded in that battle. A court in Utah awarded them US$134 million based on Khadr's military commission confession and conviction. Their attempt to enforce the award in Canada is scheduled to continue in November.

Khadr has married and lives in Edmonton without restrictions. An Alberta court had ordered him released on bail in April 2015 pending disposition of his appeal in the U.S. but earlier this year, the court ruled he had served his sentence and released him unconditionally.