TORONTO -- As scientists and policy-makers anticipate a second wave of COVID-19 later this year, a new survey suggests a majority of Canadians support closing non-essential businesses again if cases spike.

The new poll conducted by Nanos Research for CTV News surveyed 1,049 Canadians within the past week, and found that two-thirds of respondents support, or somewhat support, another round of business closures in the event of a significant rise in cases and hospitalizations.

Support for shutting down businesses during a second wave was strongest in Ontario (53 per cent) and weakest in Quebec (24 per cent). Those older than 55 -- who are more susceptible to the virus -- were more supportive of the closures, at 77 per cent, than younger Canadians aged 18 to 34, at 64 per cent support.

Businesses were hit hard in March when the pandemic forced many to shutter, leaving millions of Canadians without jobs.

To offset lost wages, the federal government has doled out monthly payments of $2,000 to more than 8 million Canadians without work through the Canada Emergency Response Benefit (CERB) since April. As of July 3, more than $53.5 billion had been paid out.

In mid-June the federal government extended CERB by eight weeks, offering more time for workers looking for a job. Prime Minister Justin Trudeau has said the government is looking for ways to incentivize returning to work rather than staying home and remaining on the program.

In recent months, business has slowly returned to normal as provinces expand their lists of which businesses are allowed to reopen. 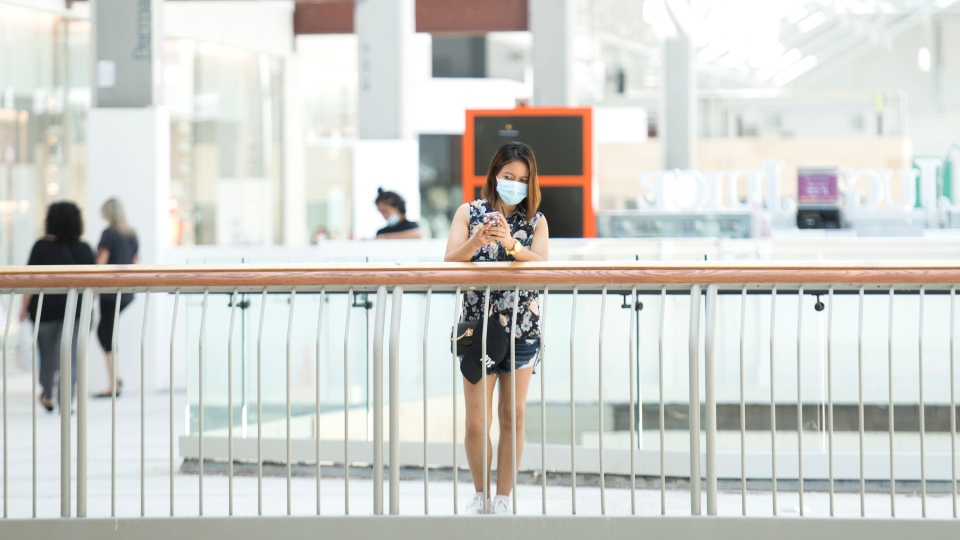 The poll also found that most Canadians support the mandatory wearing of masks in all public spaces, with 54 per cent in support and 25 per cent somewhat supportive. Nearly one in five respondents said they opposed (11 per cent) or somewhat opposed (nine per cent) mandatory face masks.

Support for mandatory face masks was highest in Ontario, at 65 per cent. While Ontario Premier Doug Ford has repeatedly rejected this idea, Toronto -- which accounts for 12 per cent of Canada’s total caseload -- recently made it mandatory to wear a face mask in all enclosed public spaces, such as grocery stores and public transit.

Ottawa’s mayor said he’d be open to a similar rule, if it’s supported by the city’s top doctor.

Support for mandatory masks in public was lowest in the Prairies, which still saw a majority of support at 68 per cent.

A group of Canadian doctors and scientists have been pushing for masks to be mandatory in all public spaces, saying the step is a simple and effective way to quash the outbreak. Many public transit authorities already recommend or require that passengers wear masks, including in Vancouver, Ottawa, Hamilton and Guelph. 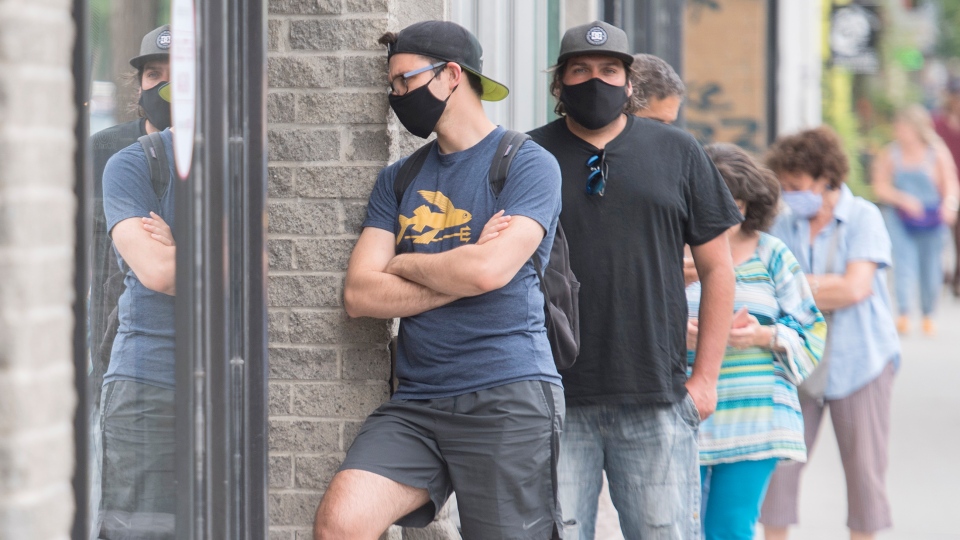 But epidemiologists have been warning for months that, based on what is known about how coronaviruses spread, a second wave of cases is likely in the winter or fall.

This message appears to resone among Canadians. According to the Nanos poll, nearly nine in 10 Canadians say a second wave of COVID-19 infections in the next six months is likely (57 per cent) or somewhat likely (32 per cent). Just five per cent say it’s not likely, with three per cent saying it’s somewhat not likely.

Nanos conducted an RDD dual frame (land- and cell-lines) hybrid telephone and online random survey of 1,049 Canadians, 18 years of age or older, between June 28th and July 2nd, 2020 as part of an omnibus survey. Participants were randomly recruited by telephone using live agents and administered a survey online. The sample included both land- and cell-lines across Canada. The results were statistically checked and weighted by age and gender using the latest Census information and the sample is geographically stratified to be representative of Canada.

Individuals randomly called using random digit dialling with a maximum of five call backs. The margin of error for this survey is ±3.1 percentage points, 19 times out of 20. This study was commissioned by CTV News and the research was conducted by Nanos Research.