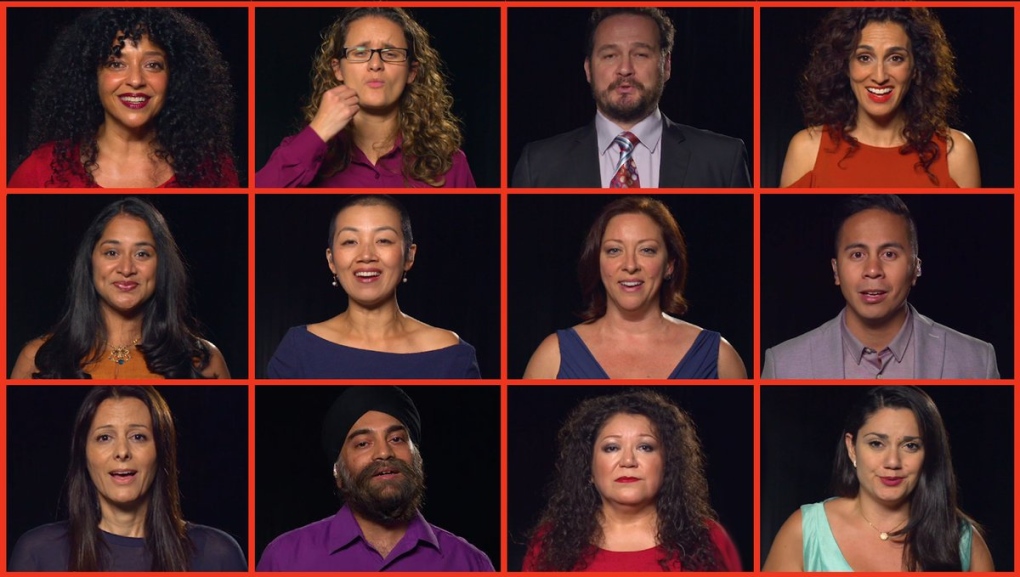 To celebrate Canada’s sesquicentennial in 2017, the Toronto Symphony Orchestra recorded the national anthem in the 12 most commonly spoken languages nationwide, using data from Statistics Canada.

"It's all about inclusivity, creativity, and diversity," Francine Labelle, TSO's director of public relations, told CTVNews.ca.

In preparation for Canada's 150th birthday, TSO is partnering with 40 orchestras and numerous ensembles across the country for a pan-Canadian celebration. Known as TSO's Canada Mosaic, the project aims to celebrate Canada's diverse musical landscape through collaborations with orchestras in every province from coast to coast.

In an announcement released on the same day as the 12 versions of the anthem, TSO's Music Director Peter Oundjian said, “This once-in-a-generation opportunity offers the chance to do something truly transformative for Canadian music."

Our Shared Anthem is the first musical project to come out of Canada Mosaic and serves as a poster for the events to come. Canada Mosaic will have an inaugural concert on Jan. 21, 2017 to start the celebrations for Canada's 150th birthday, followed by celebratory performances throughout 2017.

The idea to record the national anthem in a dozen most commonly spoken languages came from Michael Morreale, the manager for digital content and radio at the TSO, nearly a year ago. Morreale worked with TSO's vice-president for innovation, Adrian Fung, to bring the idea to fruition. TSO reached out to their networks and cultural leaders to find artists who would translate and perform the new versions.

The entire orchestra, comprised of 70 musicians, played the accompanying music for each of the 12 versions, and all of them were conducted by Oundjian.