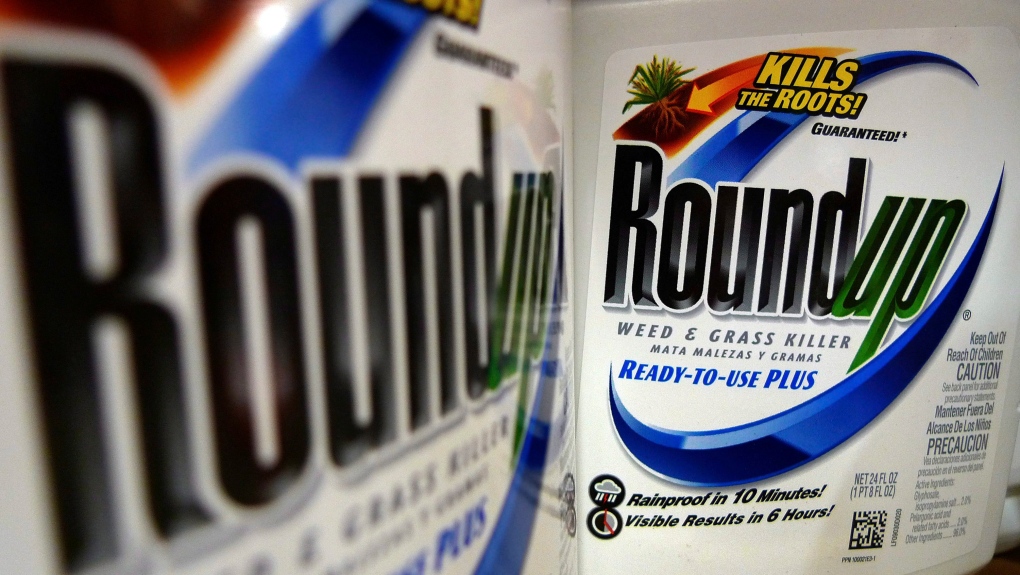 TORONTO -- Some blockbuster, headline-grabbing class-action lawsuits got underway in 2019.

Just this month, the list got longer with news that victims of a mass shooting in Toronto have filed a class action against Smith & Wesson, which manufactured the handgun used in the attack. The lawsuit alleges the U.S. company was negligent for failing to include technology in the weapon that would have prevented anyone other than its authorized owner from firing it. The shooting in July 2018 left two dead and 13 injured. The shooter killed himself.

As well, a B.C. man filed a class-action claim against medical laboratory LifeLabs on Dec. 18, the day after it revealed a cyberattack may have compromised the privacy of 15 million Canadians.

Here are some other interesting class actions you should know about.

This case alleging misrepresentation and failure of duty to warn has the potential to eclipse Canada’s record $1-billion class-action payout to the victims of residential schools, says Jasminka Kalajdzic, a law professor at the University of Windsor.

More than 42,700 lawsuits have been filed in the United States against Monsanto, the maker of Roundup.

“It’s fair to say there is a very wide divide between how the plaintiff firms involved and the defendant view the link between the product and non-Hodgkin’s lymphoma,” said Evatt Merchant, a class action lawyer with the Merchant Law Group, which is handling a class action led by a Moose Jaw, Sask. farmer.

“We don’t find the defendant’s evidence at all compelling.”

Merchant says the plaintiff class will likely be in the thousands, mostly farmers and those who had industrial exposure to Roundup. Some were regular users of the product in their yards.

At the heart of the issue is that users of the herbicide developed cancer, and that manufacturer Monsanto (now owned by Bayer) allegedly knew Roundup's active ingredient glyphosate causes cancer.

Glyphosate, a Health Canada-approved herbicide, is in more than 130 products sold across Canada.

In a statement to CTV News in May, Bayer insisted that glyphosate is safe.

“While we have great sympathy for the plaintiffs, glyphosate-based herbicides are not the cause of their illnesses and we will rigorously defend our products,” the company said in a statement.

“Glyphosate has been extensively studied globally by scientists and regulators, and results from this research confirm it is not carcinogenic. We firmly stand behind the safety of glyphosate-based products and as a company devoted to life sciences, assure Canadians that their health and the environment are our top priority.”

But Merchant says the only link between the “many sad stories” of cancer is the use of Roundup.

“There is no other explanation for the spike in rates. People have been dramatically affected. Their lives have ended, or they’ve been seriously sickened,” he said.

“This is important litigation that will go on for years. I expect that this will be tenaciously litigated. This is a substantially complex case.”

No date for certification on the Canadian case has been set.

In August 2018, a California jury ordered Monsanto to pay US$289 million to a school gardener suffering from terminal cancer after using Roundup -- an amount that was later reduced to US$78.5 million. In March, a California man was awarded US$80 million and in May, a jury in California awarded US$2 billion to a couple, but that award was later slashed to US$86.7 million.

According to the Wall Street Journal, about 9,300 home gardeners, landscapers, farmers and farm workers in the United States sued Bayer on the grounds that the herbicide was carcinogenic.

Users of the company’s baby powder allege that it contained a compound with asbestos that can cause ovarian cancer and mesothelioma, a rare form of cancer, and that the company knew about it. It’s also alleged that the risk was elevated for women using it consistently over a long period of time and the company knew women were using it routinely.

At multiple trials, Johnson and Johnson expert witnesses have testified asbestos hasn't been detected in the talc in its baby powder in thousands of tests conducted over the last 40 years. The company denies any wrongdoing.

“The defendant’s side doesn’t accept the premise that using baby powder can cause ovarian cancer,” said Merchant. “So we are far apart on the issues.”

Merchant says more than 500 Canadian women have contacted his firm so far about the case. While it’s not necessary to register with Merchant Law Group to be part of the class action, when women provide information, it helps with direct communication and data modelling, he says. Understanding women’s experiences and how using baby powder has affected them “gives us a picture of what the class looks like.”

The class action has been authorized in Quebec but has not yet had a hearing elsewhere.

“Often when it’s certified in one or two jurisdictions, it ramps up negotiations to find a deal to settle across the country.”

In 2018, a jury in St. Louis awarded $4.69 billion to 22 women and their families who claimed asbestos in talc caused their ovarian cancers. That award, the sixth-biggest product liability award in history is being appealed. Many blockbuster awards are drastically reduced and a number of cases against Johnson & Johnson have been overturned on appeal.

The company was also ordered to pay US$10 million in California in July and US$325 million in New York in May.

Using class actions to litigate privacy breaches is on the rise, says Kalajdzic. The question is whether class actions are good at deterring companies from sloppy privacy practices and an effective way to disperse compensation.

“Other than situations of identity theft, what do you lose when your information is shared unlawfully? There is harm in the distress it causes, but that may not point to traditional monetary losses,” she said. “Courts are wrestling with that.”

The plaintiff class is in the hundreds of thousands of Canadians for Merchant Law Group’s case against Facebook over Cambridge Analytica, the now-disgraced and bankrupt data analytics company that is being probed by government and privacy groups around the world for improperly harvesting user data, says Merchant.

Facebook denies this and says it only became aware of the breach when it was disclosed publicly.

“This is an important class action in the sense that not only are class members owed damages, we are talking about correcting detrimental societal developments,” Merchant said.

“Facebook basically sold users’ online DNA, but users are not using the platform with that in mind. The public is only now learning about the seriousness of the intrusions into their privacy.”

In September, a class-action by Facebook investors was dismissed by a U.S. judge, who said plaintiffs failed to prove the social media giant has shared false information.

Two class actions, settled for a combined $250 million, cover all women who were allegedly sexually harassed or abused at the hands of colleagues and bosses while working for the RCMP in policing and non-policing roles during and after September 1974.

The federal government had initially set aside $100 million for the suit covering female officers, but in early December, added another $50 million when more women came forward than expected. In the end, 3,131 officers came forward after the 2016 settlement. They are eligible for compensation between $10,000 and $220,000 each.

A separate case covering women who worked for the force in non-policing roles, including municipal staff, contractors and volunteers, was settled for about $100 million.

“This is a case, much like Indian residential schools, in which there is a lot at stake in the litigation beyond compensation,” said Kalajdzic. “These are people who want to tell their stories. This is a deeply personal and emotional issue.”

She says it’s important in cases such as these that the settlement process be sensitive to the trauma of victims.

This $60-million class action against the City of Ottawa and its transit authority OC Transpo covers about 100 or more people who were impacted on Jan. 11 when a transit bus crashed into a bus station, killing three and seriously injuring 23 others. This litigation also seeks compensation for victims’ family members, and alleges that there were safety deficiencies in the design and operation of the public transportation system in Ottawa, said Merchant.

At least 10 victims are pursuing individual actions against the city over the crash, totalling well over $100 million. No criminal charges were laid against the City of Ottawa and OC Transpo in connection to the crash.

Merchant Law Group is leading a class action against Ticketmaster that alleges the company worked with scalpers to create an anti-competitive situation for other users of the platform.

“At a trade conference, Ticketmaster employees were encouraging scalpers to work with the platform,” said Merchant. “It’s amazing it went on so long.”

Merchant says regular buyers for top events often didn’t have a choice because only resold tickets were available. And many weren’t aware they weren’t dealing directly with Ticketmaster. The ticketing giant scrapped its TradeDesk platform after class actions were launched.

Ticketmaster denies it worked with scalpers.

“It is categorically untrue that Ticketmaster has any program in place to enable resellers to acquire large volumes of tickets at the expense of consumers,” Ticketmaster said in statement in response to suits filed in Canada and the U.S.

"Ticketmaster’s Seller Code of Conduct specifically prohibits resellers from purchasing tickets that exceed the posted ticket limit for an event. In addition, our policy also prohibits the creation of fictitious user accounts for the purpose of circumventing ticket limit detection in order to amass tickets intended for resale.”

The case is set for certification in September 2020 and his firm will litigate diligently, says Merchant.

“We are enthusiastic about this case.”

A proposed class action was dismissed in California, with the judge saying Ticketmaster’s online terms of use policy stipulates customers waive their rights to sue the company.

Drivers on the ride-hailing platform claim they are entitled to minimum wage and other protections of an employee. But this case isn’t centred around the merits of the argument, says Kalajdzic, but whether the drivers can bring a class action lawsuit at all.

Uber has sought to stay the action, arguing that the drivers signed a contract stipulating that any disputes must be arbitrated in the Netherlands. The Supreme Court of Canada is considering whether that provision is enforceable.

“This case is important for class actions in terms of determining to what extent a company can contract out of class-action litigation,” said Kalajdzic. “This will be important for consumers and for employees because contracts like this normally aren’t negotiated.”